The Art of Determination 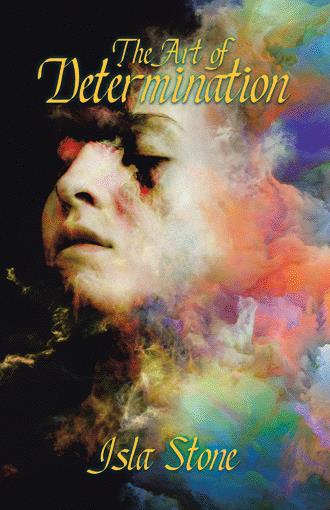 I decided to go to rehab. The day I decided, I woke up confused, hung over and with bloody knees. My high heels were still on my feet and I wasn’t sure what happened the night before. Just like every other night for the eight months before that. I woke up with a daily nightmare to face. The difference this time was that I intentionally set a goal for myself. I went out with two friends the night before and told them I would have one drink only. Just one. I don’t know where this moment of clarity began. But I’m grateful it hit me that day. I stepped into the bar, leaving the warmth of the summer behind me on the pavement. The barman handed me my regular drink before I even requested it. They knew me well. As soon as the cider touched my lips, it went down as quickly as a glass of water would after a long walk in the Sahara. Almost immediately, I started making excuses to order another drink before finishing the one I still had in my hand. I got another one. I couldn’t stop myself. I sat on the bar chair looking at my empty glass with surprise. As I turned to my left, my two friends were still nursing their drinks. I realised they hadn’t even begun. They knew what I said; only one drink, and they could have only one. I couldn’t … I had to have more. I had to keep drinking and I had to drink fast. Before I knew it, and despite their despair, I ordered again. I had lost my ability to choose. I was afraid. I was in a relationship with an alcoholic I met in a bar. He was a big, emotional Croatian, twelve years older than I. He had no job and a midlife crisis. Victor and I fell in love in an instant. We were two sad, dysfunctional, co-dependent people looking for affirmation. It was a batter for disaster. We moved in together after just a few months. I felt out of place in his house. He had been married for a long time and his divorce was finalised just after we met. I ended my previous relationship – with an abusive drug addict – shortly before I met Victor. I was a functional alcoholic and drug addict. I call it functional because I worked as a financial administrator at my parents’ company. Between my previous abusive relationship and moving in with Victor, I lived on my own for a while, trying my best not to use cocaine. I succeeded a little, but I smoked weed every day. I agonised my days away, yearning for the flood of peace my many joints would wash over me in the evenings. Victor was in rehab for alcoholism (his third try) on the day I decided to have one drink only. I woke up with fragile and broken memories the next morning; images of the night before flashing in and out. I wasn’t quite sure what I did, who I was with, how I got home. My ruined cell phone flashed on the pillow next to me. There were throbbing gashes in my knees. I was still in my work clothes from the night before. Hung over, sore and scared, I made the decision. I was done. No more terrified staring into the mirror, looking at my lost soul. No more glaring into my eyes and looking, searching for life, when the only thing I saw was death.

The story unfolds about the young woman's life. Her insecurities and fears are painfully palpable as she begins to open up in her dairy and explains her journey navigating her inner stormy seas. Isla's journey starts when she finally decides that she can no longer continue in her drug and alcohol induced state. She has run away for long enough. The pain of staying the same became far too painful, but she was also not certain that the beginning of this new recovering journey, facing that which she ran away from was going to be any easier. This story unfolds and becomes a beautiful dance of emotion, healing and thought. Realisations are delivered in moments with increasing clarity and she takes you on a healing journey with all the bumps and joyful emotion with her.

Isla has developed a unique view on her life experience. She has, over time become a passionate individual with a great deal of compassion and empathy for the world around her. Her life journey has moulded her into an outgoing, fun and free spirit. She is currently completing her Reiki Master's course and has patiently watched as her small Reiki business grows.