A Seeker's Discovery of the Afterlife 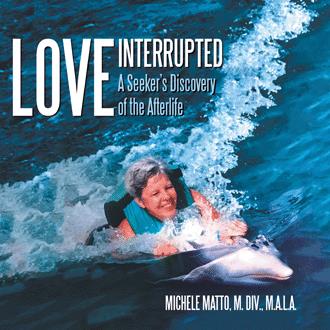 I have wanted to write something along the lines of what I jokingly call Understanding the Afterlife for Dummies ever since this subject finally started coming together for me. Not because I believe we are dummies—though that would have been a catchy title for this—but because I think there are many people who, like me, have wanted to understand the afterdeath experience and have asked a lot of questions, but have never received satisfactory explanations from the sources we respected and sought out for answers. When someone unexpectedly or suddenly passes, when a healthy young child dies, or when someone commits suicide, these are the perplexing circumstances that leave many of us asking, “What just happened here, and where are they now? Are they okay? Can someone explain what their new reality is?” There have been occasional films, such as Ghost, that try to portray the afterlife as it is. But often in film and television, the stereotypes of the medium—the person who connects us with our loved ones who have crossed over—are not realistic. The typical portrayals are, at least from my own journey and seeking, way off. In my experience with more than fifteen mediums, there have been no Whoopi Goldberg characters (Oda Mae Brown). The mediums I have encountered have looked and acted normal (not gypsy, not flaky, not con artists) and have dressed like the rest of us. They have spoken with an understandable vocabulary and everyday conversation, and they have had (or used to have) “real” jobs: an electrical engineer whose day job is installing instrument landing systems at major US airports, a flight attendant, a former Roman Catholic nun, a holistic nurse, a maintenance man at my summer cottage community, a chef, a court reporter, and a former EMT. It has been surprising and refreshing to discover that mediums are woven into the fabric of society just like the rest of us. In short, over the past two years, I have learned so much through this journey (which I never learned in seminary) that it has evolved my entire spirituality, expanded my understanding of why we are here, clarified my beliefs about reincarnation, and ultimately provided me with what I call a “grown-up cosmology.” When I speak about cosmology, I am referring to time, space, frequency, and vibration—where heaven is and so forth. It is my hope that what follows here, in words and photos, can help you find your way through the maze that we call the afterlife, and can do so in a way that finally makes some sense and helps to bring you more clarity. It’s not a subject that any of us on this side will ever really understand. But it is possible to be less confused and more at peace with not only where our loved ones are but where we are headed as well. Along the journey, there will be many seeming contradictions: for one, that which is beyond logic and analysis is nonetheless quite intelligently designed and teaches us much about quantum physics, frequency, and vibration. It also seems contradictory that a realm in which there is no longer time and space is, nevertheless, the place from which we came to earth and the place to which we will return. And finally, eternity is a very long “time”. Instead of being confused, I now find it all to be quite fascinating, even without having all of the answers!

This book might have been titled, “Understanding the Afterlife for Dummies”, but we are not dummies. We simply have never been taught what happens after this physical life ends. We are promised “eternal life”, but what and when and where is that? This is a clear presentation, using real-life experiences and photos accompanying those, that show our loved ones are still with us, not just in our hearts and memories, but in our homes and cars and daily lives.

Michele Matto is a retired United Methodist pastor whose education, background, and ministry is in Spiritual Formation and Spiritual Direction. She graduated from The Methodist Theological School in Ohio (METHESCO) with the Master of Divinity and Master of Arts in Liturgical Arts degrees. She has published articles in Weavings, Spiritual Life, Wellsprings, and Criminology, and a book of meditations, “The Twelve Steps in the Bible: A Path to Wholeness for Adult Children” (Paulist Press, 1991).