A Families Journey with Alzheimer’s Disease 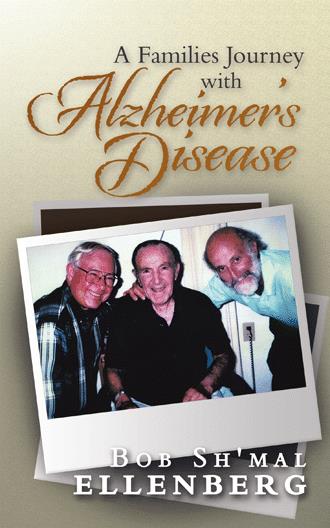 SEEKING MY SPIRITUAL VOICE AND THE DEATH OF MY FATHER After taking care of my father for two years I felt I needed some special time for myself and made a plan to go to Denver to visit my son Miguel but two friends persuaded me to visit Crestone while in Colorado. They were insistent. Before I left for Colorado they did a special shamanistic ritual on me that had a mystical affect while in Crestone. My two friends, Nur Allah and Ehyanna, put me on a massage table rubbing me with essential oils on my hands, feet and forehead. Ehyanna, leading the ritual, also created spiritual sounds with Tibetan bells and rubbed a Tibetan prayer bowl with a wooden stick. I was surprised to sense the high vibration surrounding me. A slight trance state came over me while on a massage table. Then she asked me, “What is your intention in going to Crestone? Without thinking of an answer, some place inside of me said, “I want to find my spiritual voice.” I repeated the simple phrase a few times as if instilling it in myself. It was also not in my usual voice. While in Crestone I had wandered into the hills and had extremely touching, spiritual experiences, in some of the sacred temples that had been built in the past few years. Those sacred places had transported my sense of where I was and enhanced my purpose in being there. At one point as I became entranced by the wonder of the views from the mountains, I went into a prayerful mind that took me into a sitting position for prayer. Then suddenly, my feet raised me from the sitting position with my arms going straight up in supplication to the heavens, to God Creator of all that is, to all the spirits I felt surrounded me. What was I? Who was I? All was lost in those moments of other beingness. One of the passages in the book I had been studying, by PIr Vilayat, was, ‘That we needn’t take all our past into the future.’ We can become more than who we have been. During those few moments, there was an experience, of something beyond myself. Then something happened. It was very brief. From the corner of my eye about 50 to 100 yards away, just above the trees, a pure white, round, smooth, oblong object, a few feet in length sped along and was quickly gone behind the mountains. I spun around, looking all around, up into the mountains. “What was that? Where did you go? Come on don’t tease me. I need to see more. I want to believe.” I joked a line from a very old Saturday Night live skit, “What the hell was that?” Maybe I’ll never know. Maybe I do know. The object came from another dimension. I laughed out loud to myself, again, said, “What the hell was that?” Again and again I turned all around looking up towards the Sangre de Cristo for another sign. I wanted a sign. I had a sign. A few days later I was back in Denver planning my return to Gainesville for my father’s funeral. Yes, as I had thought so it occurred. Miguel had received a call and called me. I wondered whether the mysterious flying object the first evening of my father’s transition had something to do with his passing from this realm. It was going west to east, in his direction. Was it an angel going for him? There I was on this mountain praying to God, to Life, to All that is. Does God, this Life, make these kinds of special appearances? Of course. Before I left for my trip Nur Allah, had watched the Ten Commandments during Passover and Easter, and told me, “You might see a burning bush.” Was this a modern version of a burning bush? This was something special. Upon returning to the b and b I told my new friends about my experience. They told me, “This sort of thing is not uncommon. There have been many sightings of UFOs in the area.” It didn’t feel what I saw was the usual kind of UFO sighting. To me, a miracle occurred as I chanted. Then in Denver I had to make plans for Miguel and me to return to Gainesville. It was a full moon, Saturday, May 4th, 1996, which is celebrated as Wesak in the Himalayas. Supposedly on Wesak, is when Jesus and Buddha come together in the mountains, someplace in India, in order to fuse their energies and the energies of other high beings for the good of humanity and the planet. Back in Gainesville for the funeral, the Rabbi told me that daywas a very auspicious day in Judaism. It was the only day considered joyous in a period of 49 days between two Jewish holidays that were mostly days of somber thoughts. Cool for you Dad. You died on a special day, full moon and Wesak, and you were buried on a special day in our religion. None of this was coincidental. What’s interesting to me is the synchronicity of his death on the annual meeting of those two great beings and his burial day is celebrated in Judaism. Added to this is that sometimes my children and I used to playfully refer to my father as being the Buddha, because of his balanced, caring, smiles; living in the present with no regrets of the past and no worries for the future. This was part of his nature before he developed dementia. Now wouldn’t that be something that because of his special nature he was being summoned by astral energies for the betterment of humanity. I pray it be so. Today, June 2, 2018 I’m about finished with this account of caring for my father. Yesterday I walked to the cemetery where both of my parents are buried. It was a very somber visit but I enjoyed blessing them. Fortunately, somberness doesn’t stay with me. 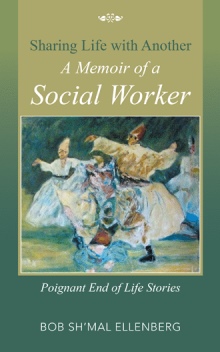 Sharing Life with Another A Memoir of a Social Worker
Bob Sh’mal Ellenberg
$11.99

The book is about the author and his father who had Alzheimer’s disease. Because of the author’s experience with people with AD, he knew he could care of his father. There was family conflict since the author’s mother did not want her husband to live to far from her. The son showed complete compassion for both this parents, finally agreeing on an assisted living facility. The author discusses the many trips he took to visit his father and his mother who was still living in their condo. The author’s mother was a very conflicted woman who was adamant about all she believed but sadly was, obviously at times, confused. There were many quarrels between the mother and son. After twelve months in assisted living, the author brought his father to his home. The son wanted to do his best once his father was in his home, but having three young children living with him and working full time in a hospital as a social worker, none of it was easy. The author concludes this trying, emotional story with a trip to Denver, Colorado. Before the author leaves, two women friends did a shamanic ritual with him, telling him he has to visit Crestone, Colorado. This visit becomes an unexpected mystical retreat for the author that also proved to have a bonded connection with his father.

The reader will be interested in this book because of the experiences the author had caring for partially disabled people before he took care of his father. He and his wife cared for seven people in their home. He worked as the Director of Social Services in a nursing home and as a medical social worker in a Home Care Agency. The author wrote a book with the subtitle Poignant End of Life Stories.