A 40-Year Journey with the Holy Spirit 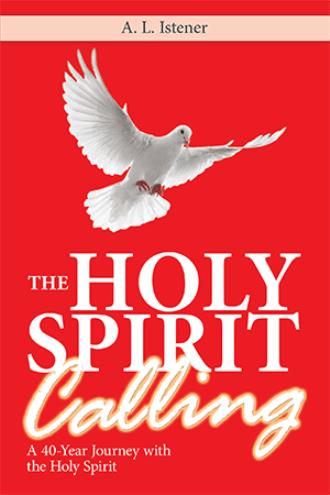 I see you preparing a place for me Within your hearts And in your lives A mother bird gathers Only the choicest bits Of feather, moss, and twigs The wild thing, like the wolf Secures a dry place Safe and out of the way You cannot imagine The elation I feel At your invitation to me I will snuggle into The place you Have made for me And remain there For you have made A place for me today In your hearts and lives 5/28/02 Oh that you were aware of my presence among you That you would open your ears and eyes For I am present to you Like a feather brushing against your lips When I would have you speak In a wisp of a breeze upon your ear That you would listen. Be attentive, my children, And you will receive Insights known only to me And the heart that suffers. You will know, and experience, share, The pain that your fellow man tells no one. In this way others will know My compassion and my desire to Shoulder their cross with them And you will recognize my presence With you throughout the day. 4/20/04 For it is through forgiveness That we are set free It is in letting go and leaving That we arrive and begin 5/2/95 I am opportunity, I am that slight pause between comments, That look that anticipates more The lingering hope of encouragement, The wait that invites my entry into your presence 9/26/95 Who is it you glorify in your life? What is it you choose? Be sure that it is of ultimate value For what you choose, you live And upon this you will be judged 1982 When you bring from dark to light That which is right And it is observed with clarity Discerned to be true Done with pure motive And a wish to serve, It is dispensed with love And brings life. 5/12/93 At first it may be difficult to love At least as I love. It must be practiced. Through use its capacity grows Until at last, It is difficult not to love – Your loving will come easy As you are filled with the Holy Spirit For it will burst forth And cannot be contained. 5/7/13

This book is being published as gift to the Chaminade-Nativity Community of Faith - It is they who brought me from a very dark place into the light.  They restored my faith and gave me hope. Like Ezekiel’s vision (37) in the graveyard, I received the Holy Spirit and came to life!  This is my gift to them.

I have published it to preserve 40 years of private revelation given to me by the Holy Spirit.   I believe that the Lord wants it published to remind us that we are well loved, that he is alive and well in his church, and that He died for all mankind.

In the Catholic Church, these words are considered “private revelation”, as distinguished from the Scriptures or the official teachings and doctrine of the Catholic Church. As such, they require consultation and discernment as to their authenticity.  Before publication they were submitted to the Magisterium of the Archdiocese of Miami (as the conscience of the community) and found to be free of doctrinal or moral error. This process is known as receiving the Imprimatur – see on page 3.

As members of the Charismatic Renewal part of each meeting is devoted to listening to the Lord  and speaking out a word He may have for us. We call it “prophecy”.  Its authenticity is discerned by the community. We believe that prophecy is one of the Gifts of the Holy Spirit given to  us to guide, correct, encourage, and build community, reminding us that God remains with His church and continues to reveal Himself to us.  Prophecy is ordinarily spoken out spontaneously, not written as mine is. Over the years I wondered why my prophecy was written, until I started to prepare this book for publication. It was then that I realized that He knew 40 years ago that He wanted this book to be published. Had they been given spontaneously they would not have been written down and I would not have had them to publish. It had taken me 40 years to see it.

Two books, God Calling and Jesus Calling were the inspiration for the title of the book. These two authors, looking for a reason to go on living, found no consolation in their desperate prayers. In a final effort they decided to pray as usual, listen and write down anything they thought could be a response from God.  In their listening a dialogue began that flowered into relationship.

Something interesting happened in the process of publication. Because many people, when they read some of the words thought that  it was poetry I had written myself, I wanted to assure that everyone knew that I was not the author of the book but that I was, like the other two authors, only a listener and collector of the words. This was made clear in the Introduction and Conclusion of the book.  After much thought I decided that under these circumstances it would be best to use a pen name rather than my own and had fun picking one out  – A.L. Istener  (a listener).  After sending the name in to the publisher I had lunch with a friend and colleague who is Hungarian. “Isten”, she said, means “God” in Hungarian. He had figured that out too.

Oddity:  Most of the words have no punctuation – After praying about it, my understanding is that those who know his voice know his inflections also, which makes punctuation unnecessary.  I like the sound of it better myself without it.

It is my hope that those who read this book do so using the following method – His favorite invitation “Come here, climb into My arms. Let Me cradle you right here, close to My heart. Can you hear it beating? I just want to love you.” I guarantee that you will be able to recognize his voice too.