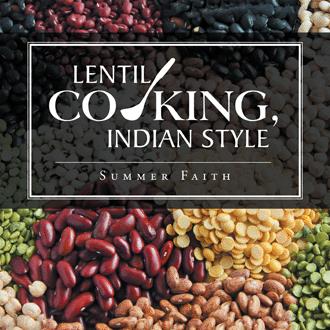 India has a strong tradition of lentils in its cuisine and lentils form an important part of a traditional home cooked Indian meal. About 40 % of India is vegetarian and lentils provide an important and cheap source of protein. Lentils are known as daal in India it holds the same prominence in an Indian meal as does meat in Western cuisine. Indeed, no Indian meal is complete without daal which is eaten with roti (Indian bread), rice, vegetables and yogurt. It is not tandoori chicken or rich meat curries which form the staple of the Indian diet- it is the humble daal. The lentil or daal is first boiled and then tempered and spiced. There are many ways to do this and every region in India has its own special tempering and way of cooking daal. Over the centuries Indian house wives have perfected the art of cooking daal and developed many simple and tasty recipes which I have included in this book.

For people turning vegetarian, getting an adequate amount of protein is a concern. Lentils are a powerhouse of protein besides containing a substantial amount of minerals and vitamins. India has a strong tradition of lentils in its cuisine, and lentils are a staple in the Indian diet. Lentils are to Indians what meat is to the Western diet. Indians call lentils “dal,” and no Indian home-cooked meal is complete without a bowl of dal. Contained in this book are simple, everyday lentil recipes that are a part of Indian home-cooked food.

Summer Faith has an under graduate degree from India and is passionate about vegetarian cooking. She started cooking at the age of twenty, when she lost her mother. As the oldest sibling in a family of five the responsibility of cooking for the family fell upon her. To her surprise she found she enjoyed it and soon started dishing out gourmet meals for her family. Besides writing, Summer also holds classes to teach Indian Vegetarian cooking. She lives in Vancouver with her son.