A Journey Of Smiles And Tears 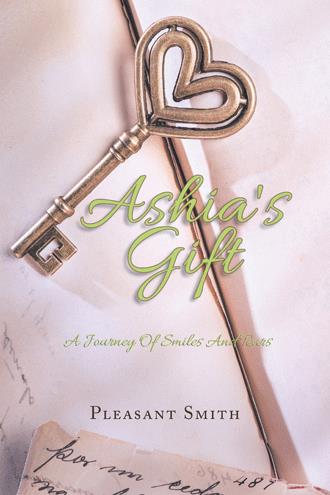 Carter and I went for her at the airport and from there we went straight to the hospital to see Celia your grandma couldn’t help it she broke down right in front of her she sat on the bed with your mother crying Celia was comforting her by hugging her and telling her it’s going to be alright. I left the room so they could spend some time with each other and went with Carter to see her doctor, we talk with him about what was happening with her family and to our surprise he also have some startling news that was completely nerve wracking he had a plan to tell us the following Monday because they are waiting on some more result but since we were already with him he might as well let us know that your mother has stage four cancer of the brain, which was the cause of some of her actions and pains she was having with her been schizophrenic and the medication it was a distraction for the cancer getting worse, if the had picked up on it in its early stage they might have the advantage to operate and cure her, but it’s too late now he also mention that on Monday when we visit he will be discharging her so we will be able to spend some time with her because time for her is counting down rapidly. We went back to her room with her doctor and he repeat what he had just told us in front of her and her mother more crying, it was going to be a long weekend, as from then on out things will never be the same. We left the hospital a few hours later we were all drain exhausted we had a light dinner and turn in for bed early your grandma has to take some meds to relieve her headache and put her to sleep. On Sunday when your dad bring you by he sees that Celia’s mother was there I didn’t tell him she was coming he was frightened in giving a hasty retreat she didn’t pay much attention to him she was just happy to see you and grateful that she will have a few days before you left she was awfully sad about everything that was going on, especially with everything that her daughter has to endure the pain of losing her family and dealing with the fact that the doctor said she has limited time, because there is nothing they can do with or about her cancer. We didn’t even worry to say anything to Phillip it doesn’t even matter now that he is leaving in a few days it was up to your mother to tell him if she wanted to we went to church as plan Reverend and the congregation pray for her and on Monday her friend Jean and I went to the hospital for her she was released with a lot of medications and little and no hope. A few family friends was there to welcome her home with gifts and a cheerful atmosphere we had told Claudette and your dad that Celia was coming home when we were on the way to pick her up and they both stop by the house everyone was friendly in conversation and laughter right until they all left she and Phillip didn’t talk much he didn’t come by Tuesday until Wednesday when he showed up with the divorce papers for her to sign they were over by her apartment and you were with us after a few hours they both joined us and it was clear that they both were crying She told us later that she let him know about the cancer and he had left the papers and told her she should feel free to sign it whenever she wants to he won’t rush anything, he also told her that he had to leave because his new job begins the upcoming week but she should keep you for the rest of the term which is less than two months, and be will make the necessary arrangements about school and come back and get you when school is on break, she was delighted and so was the rest of us. She had lost a lot of weight and she continues to lose more some days were long and some nights too because she was in so much pain and she tries to cope without meds, especially when you’re home because it only left her sleepy and weak over the next couple weeks she would muster all the energy and strength to be with you and to have fun so you can make more happy memories and be able to remember your last days together. There were only two mishaps in between one she had gotten angry at you when you went into bedroom one morning to tell her you need breakfast she shouted at you to get out of her room and get your dad to fix it for you when you told her that your dad wasn’t there she shouted at you again to get out, your grandma heard you crying because she was still sleeping and didn’t know you were up so she tries to get you to calm and fix your favorite breakfast which was egg sandwich and hot chocolate we give her the meds with her breakfast and have her sleep it off and when she was awake we told her what had happened, she was sad she apologized to you, telling you how much she loves you, you meant the world to her, you will forever be the best thing that had happened in her life, how special you were and you must always remember that, she got her friend bring you all to the movies later, her treat

When Theresa started writing her journal, she had no idea how long she would make records in it, her only hope was that one day it will be read by her granddaughter Ashia. She was clear that Celia story needs to be told and as much as she would have rather not have to be the one responsible for that to happen, she knows she owed it to both her daughter and her granddaughter in preserving her memories. Theresa constant fear of not being present in Ashia’s life, or not having the opportunity to tell her what a phenomenal person her mother was, how she had fight the adds in raising her. Celia had battle schizophrenia for years which had affected her health, her marriage, her family. There were days when she was irate and uncontrollable so much so she had to be sedated, days she would hallucinates and some days she would lose track of things, yet at times she was carefree, happy, energetic and fun. She still managed to live a fulfilling life making sacrifices for her family, in her career as a nurse and an artist and staying true to her faith. she had lived, loved, and leave a legacy.

Pleasant Smith loves and enjoyed all areas of her professional life, as a Relationship Coach, a Podcaster, and an Author. She strives to excel in her career with a driven intention, her passion to serve. She had never lost sight of her most fulfilling purposes in life, the joy in raising her daughter and three sons. She lives in connecticut, in that serenity mood that inspired her to write