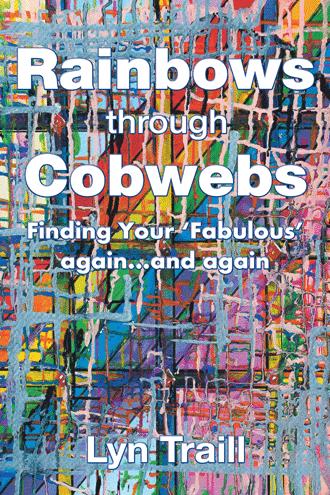 It was on one of those balmy Autumn Queensland mornings that we decided to drop everything and drive to our favourite eating place at Tumbulgum. We sat across from the sparkling water, and everything seemed super clear. Holding hands across the table we felt that we could conquer the world – so grateful for the special years we had enjoyed together. We vowed to make the most of every precious moment. I will always be grateful for that memory as only an hour later we were confronted by the next stage of Mick's illness. Still wrapped in a cloak of contentment, I worked at my desk. I could hear Mick singing away as he arranged CDs that he intended to play on the FM Jazz radio he hosted on Monday evenings. The sun streamed in the window, sending shadows dancing around the walls. Birds were fluttering in the trees outside and their songs filled the stillness. My heart swelled with gratitude. A piercing scream jolted me out of my reverie. The scream was followed by an ominous thud. I raced upstairs to find my beautiful, previously fit husband writhing on the floor in what was obviously a seizure. I did what I could to turn him on his side and rang 000. A friendly voice on the other end kept talking to me while we waited for an ambulance. My darling didn’t stir as I held him tightly in my embrace. I remember begging him not to die. I couldn’t conceive a life without him. The news delivered to us that night was not good. A tumour had been located in the middle, most inaccessible part of his brain. Mick maintained his brave face and just said that if he had it cut out as soon as possible, he could be well enough for a big gig that he had been looking forward to as he had been asked to perform. The next few months were a nightmare. The week after his seizure, I travelled every day to the hospital and put on a brave face as we waited for the prognosis from specialists who would decide if surgery was going to be an option. He was in a ward with four beds. Always the essence of positivity, he entertained the other occupants with anecdotes and encouraged them to make more effort to get well. It was heart breaking, and each day on the way home I would drive with tears running down my cheeks. The morning arrived when the brain specialist took me aside and gave me the news I had been dreading. The team had decided not to operate. An operation would certainly render him paralysed and without a voice. He would never choose to live like that, so our hopes were dashed. I was told to take him home and give him a good life. In the hospital he had been his normal loving self but returning home he seemed to become two different people. When any of his friends or family were around, particularly people from his musical background, he could be charming and totally normal, but when they were gone, my previously loving husband was a different person. His behaviour was sometimes quite bizarre, but only around me. This caused a dissidence in the way I was perceived. When attempting to convey to others how ill he was, I was simply not believed. It was a lonely time made more devastating by Mick’s changed behaviour. This man whom I adored, whilst being totally reliant on me, was often quite dismissive. I would remind myself often that it was the tumour talking. Eventually it caught up with us. He began making some bizarre decisions and, rather worn down, I wanted so much to please him. I would try to go along with his requests, often against my better judgment. To be honest I really wasn’t thinking about what might happen to me when the time came for me to be alone, I just wanted him to be happy and be the man I had loved these past years. Whilst I was battling to keep on top of things, there were some memorable experiences. His music kept some part of him alive and only weeks before he died, he gave the performance of a lifetime to a large audience of ardent fans. He didn’t miss a beat and I believe he was given added strength that day to help him to perform at his stunning best. Radium had melted all of his hair and his usually taut belly was swollen by steroids, but to those of us who loved him, he was the most beautiful sight and sound. I had asked if he would please sing the song he often sang for me at gigs. He told me he would certainly do this for me, but on the night he forgot, and I was devastated. He did call me up on stage and pushed a microphone in front of me not realising that I had completely lost my voice. Mother Nature had rescued me from endless questions from the huge crowd, but Mother Nature had not reckoned on my husband wanting me to join him in a song on stage. The song wasn’t even one of my favourites and I longed for a last rendition of “Wild thing, you make my heart sing.” Our hearts had sung in unison for so many years. 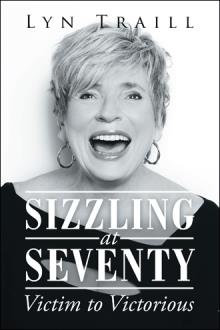 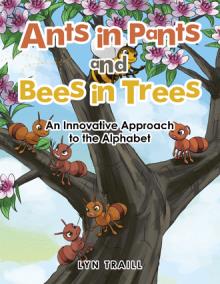 Grief is no stranger to most people. To some degree we each experience its dark tentacles reaching into our soul, and each of us handles it differently. Lyn has felt moved to write a powerful book, dotted with amazing stories, that encourages people to know that even in the depths of despair we can rise again. ‘The measure of our greatness is in how we stand up after we fall.’ ­— (Unknown)

Lyn Traill is the author of thirty published works. As a professional coach, trainer and public speaker, her many rich experiences allow her to inspire people to become their 'best selves'. Her mantra is: It is never too late to find your 'fabulous'.