by Lydia B. Miller 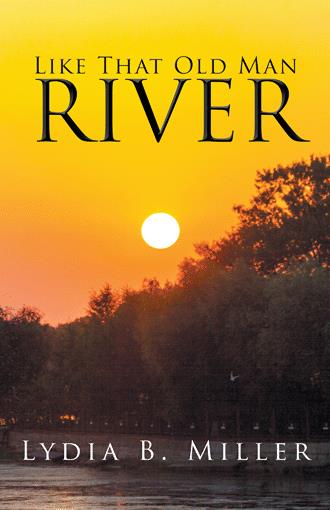 The Mississippi Delta – 1924 McAllister, Mississippi oozed southern charm with its large colonial, Victorian, and plantation style homes. Wide cobblestone streets lined with moss- covered oak trees provided welcome canopies of shade, and if asked, those lucky enough to live in the picturesque city wouldn’t have wanted to live anywhere else in the world. Some of its wealthiest residents came from old money. Their ancestors had gotten rich off the backs of slave labor, and their descendants were still reaping the benefit. They were living the good life, or “walking in high cotton” as one might say, but it was a sentiment only spoken of in hushed whispers in small, elite circles. To do so publicly would’ve seemed vulgar to their sensibilities. The upper echelon, consisting of bankers, lawyers and such, who were unaccustomed to getting their hands dirty, worked nine to five in family owned and operated businesses in the downtown district. Others who were notably prosperous were the planters – those who tilled and harvested everything from corn to cotton in the rich fertile soil which passed hands from father to son down through the generations. Because their farms were so vast, and labor so expensive, the wealthy planters leased parcels of land to poor tenant sharecroppers in exchange for a portion of their yield. Also respected and supported by the economy were those who managed fruit orchards. Although the soil in the bottomlands was too high in clay content for apples and peaches, other stone fruits thrived. The heat and humidity in the Delta made growing conditions favorable, as evidenced by the abundant cornucopia of produce and fruit stands seen dotting rural roadsides throughout the county much of the year. The backcountry was undeveloped, and with pine and hardwood forests there for the taking, quick thinking investors began lining their pockets with “new money” made from the timber boom. With a modest population of roughly 25,000 people, McAllister was a place where everyone knew everyone else. It really was the epitome of small-town America, with more than enough hospitality, churches, morals and patriotism to go around. One thing that never changed was the “Ladies of the Evening”. An hour or so before sunset, elderly ladies wearing ankle length pastel voile dresses with sensible shoes and wide brimmed hats, would venture out onto their covered second story verandas. Each would take a customary place on their porch swing, or perhaps shoo away a dog or cat from a comfy wicker rocker, so they could sit and enjoy the evening shade. The ladies would sip tall glasses of cold lemonade, or, after prohibition, perhaps indulge in a mint julep or two, as they watched the goings-on of the street in front of their respective houses. Too, they would chat back and forth with their closest neighbors about their health and wealth, and of course, the latest gossip. Being as they were the city historians, they were only too happy to share their knowledge of “the good old days” with anyone who might be out for a casual stroll. On any given evening, one might hear the voice of Kate Smith, known as The Songbird of the South, or perhaps Al Jolson belting out Swanee River, from a Victrola coming from inside one of the houses. Crickets whistling in the background and lightning bugs glowing intermittently in flight did their part each evening to complete the setting of southern comfort and gentility. McAllister was touted as being postcard perfect, and in many ways, it was, but it had a dark side too. Railroad tracks separated the city from its closest neighbor, with the two being as different from one another as night and day. The uppity white folks lived in McAllister located on the north side of the tracks, while a small community of negro men, women, and children lived to the south. Occasionally someone from “colored town” received a written pass and came across the tracks to work as a janitor, maid, or gardener for one of the well-to-do folks, but it was widely known that they weren’t welcome after dark. Although common in other parts of the country, in 1924, McAllister was one of the few cities in the south known as a “sundown” town. A sign was posted at each end of the city limits warning non-whites, don’t let the sun set on you in McAllister, Mississippi. A negro caught in the all-white town after dark was subject to harassment, threats, and violent acts – up to and including lynching. The colored community was known as Cainstown, named after the first free African-American to settle there. It consisted of a mom and pop grocery, a barbershop, a smithy, a combination hardware and feed store, and Homeward Bound Southern Baptist Church, which also doubled as a school. There was no hospital or doctor, however the community’s needs were attended to by a mid-wife named Nora. It was rumored that she settled in Cainstown after riding a barge up the Mississippi River from New Orleans, however no one knew for sure. Directly behind the white clapboard church, which was in dire need of a fresh coat of paint, was a little cemetery. The only noteworthy person to be buried there was the town’s founder, Mr. Samuel Cain, whose family graves were set apart from the others by a short, scalloped wire fence. The church ladies took it upon themselves to faithfully maintain Mr. Cain’s gravesite, as he was hailed by the entire community as a well-respected pioneering giant of yore.

“He didn’t know it at the time, but from the first day his mama knew he existed in her womb, there had been a target on his back, and home would never be a safe haven for him.” Like That Old Man River is a heartfelt saga set in the Mississippi Delta in 1924 and centers around two families—one living in a small rural colored community known as Cainstown and the other a prosperous family living in the lap of luxury in the all-white sundown town of McAllister. Set against a historical backdrop of Jim Crow South, this emotional journey chronicles the life of a mulatto boy named River born as the result of a brutal rape to a psychopathic mother. Go along for the ride on this epic journey spanning forty-five years that chronicles River’s struggle not only to survive, but to rise above the circumstances of his life. You will find yourself rooting for him through the many plot twists and turns and will not be able to rest until you find out how the story ends. One thing is for sure—he, as well as other colorful characters described in this book, will stay with you long after you have read the last page.

Lydia B. Miller is a Christian author living in Laguna Niguel, California with her husband, Roger, and cat, Griff. LIKE THAT OLD MAN RIVER is her second book, following ALMOST HEAVEN, which was published in 2016.