When traditional psychiatry is not enough, a psychiatrist and his patient discover the power of past-life regression. 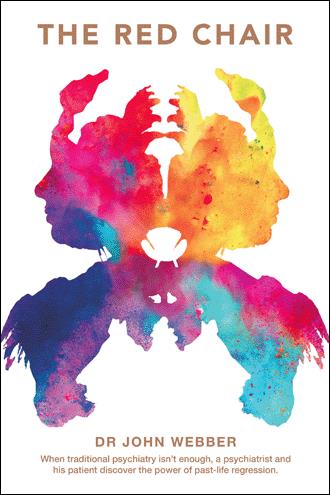 “France … it’s war.… I’m French … a grey, button-up coat—, it’s cold, —full- length, shoes, gloves, walking along a river and helping people. I’m hiding the French people and helping people. I’ve got a house … they’re scared. … I’m male … it’s my home. The people … I think they’re French. I have a skinny house, . you You can get under the house. That’s where they hide. I can hear the fighting nearby, shots and bombs. “I’m nineteen … I’m Anoir, and I’m married. Three boys. I’m proud, . twins Twins aged four and a little one … the kids are playing upstairs. We are hiding only three people. The soldiers are knocking on the door, . the The children are quiet, . they They would kill us all … “The men we were hiding have left and the Germans are looking downstairs but they’ve gone. We are all safe, they are safe, but the Germans hit you, . their Their presence scares me … hit me with the gun in the face but it’s alright … they got away, . they’re They’re all safe … “They’ve shot me. I’m twenty-two. I’m rising above it. Oh no, I’m not leaving … I have to. The kids are crying … they love me, crying over me and Georgia holding me in her arms and saying, ‘don’t die.’. Shot in the stomach, below the heart. Shot for hiding people … other men. They’re shooting them … they’re all dead. I couldn’t protect them.” As I brought Judy out of the trance, I was concerned that she might be distressed by her past past-life experience, ending with Anoir’s violent death and the murder of his family. Awake now, Judy opened her eyes, paused a moment, and then, as only Judy she could, looked over to me and said, “What the fuck? …yYou didn’t tell me that I could be male!” She’d had assumed that if she had experienced a past life, she would have been female.

Psychiatrist John Webber was barely keeping his patient Judy alive. Therapy revealed Judy's irrepressible yet impulsive nature as well as insights into her traumatic past. Traditional treatment - including, psychotherapy, numerous medications, and electroconvulsive therapy - were not working.

Knowing Judy had experienced spiritual phenomena when near death, they decided to challenge the boundaries of Western medicine by trying hypnosis and past-life regression.

​In what followed, they discovered past lives and a connection with a spirituality, which led them to the healing they had previously thought impossible.