Recovering My True Self 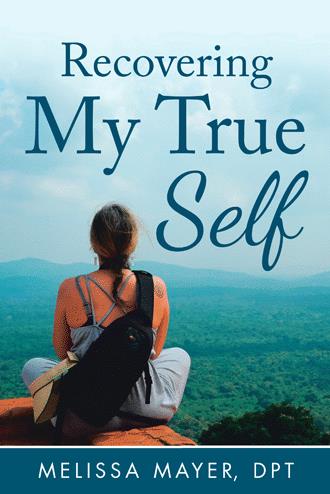 Standing in the school parking lot, I recalled the dark walk up Fort Washington Avenue to the hospital on August 1 at five o’clock in the morning. I was holding Ken’s hand. Our backpacks were meticulously packed with cell phone chargers, books, playing cards, and underwear among other items we hypothesized we would need. We felt like we were going into battle, on vacation, or somewhere in between. As it slowly got lighter, the view from the George Washington Bridge became more visible and revealed the Hudson River and the New Jersey horizon. The coming day was evident only by the increase of light, which also revealed clouds as it began to lightly rain. We increased our pace to avoid the rain, but before we knew it, the walk was over. As we approached Milstein Hospital, it felt like a departure from the outside world, from New York City, and from our former lives. As we walked by the valet stand and entered the revolving door into the lobby, we saw the other employees, patients, and visitors. We approached the desk and handed the security guard our driver’s licenses to get our temporary ID badges. The feeling we were doing something big was palpable. We continued our journey past the security desk and turned into the vast, wide-open atrium of the newly renovated Heart Center. We headed down a long hallway and followed signs to the surgery wing to check in. The luxurious space made us feel like we were in an upscale hotel with majestic views beyond the giant floor-to-ceiling windows. We sat there in the modern, posh waiting room overlooking the Hudson River and watched the morning light fighting through the clouds. It was a wonderful surprise to see my aunt coming from just beyond the Palisades in New Jersey to see us off. My parents would arrive when we got out of surgery. The children were with Ken’s parents; all had been taken care of, and it was time. We were taken back to the well-lit, lively surgical preparation area. Our beds were separated by a curtain. There were many nurses, technicians, and others coming in and out, taking our vital signs, asking us if we ate anything, and giving instructions to change into our hospital gowns and put on our blue surgical elastic head covers. Next came visits from each of our surgeons. They came in separately to say hello and answer any final questions. They marked our abdomens with Sharpies, and then it was time for another emotional goodbye. The first big farewell was when we were leaving for college. Although we had grown up in the same town, it wasn’t until the summer before we left for college that we fell in love and had a romantic, dramatic goodbye. The goodbyes kept coming after visits to each other in college in South Carolina and Virginia, far from our New Jersey homes. Each visit, we got closer, and each goodbye got harder as our love grew. After college, there were coast-to-coast goodbyes after visits. Ken would stay in New Jersey, and I would fly to San Francisco, crying most of the way there. Then there was going home to separate apartments in Hoboken and New York City. Even a few short months after our wedding, it was goodbye for a month when I went to India. We were good at goodbyes, but that one was the hardest. My eyes filled with tears again—for probably the fourth time—and it wasn’t even seven o’clock. As we ripped ourselves apart from our final hug, I cried as I walked to the operating room. All the planning had perfectly fallen into place, and although I felt my spirit guides holding my hands and walking in with me, the tears kept coming. They opened the double doors to a gigantic room filled with stainless steel tables and surgical instruments perfectly lined up and sterilized on blue disposable nonwoven cloths. There were a handful of people in light blue scrubs, shoe coverings, and head covers matching the ones Ken and I were wearing. They were busily preparing for the surgery. The operating table was in the middle of the room, and a step led up to it. Above it, there was a giant light. The room was cold, but the bed was heated. I climbed onto it and looked around. People were putting IVs in my arms and strapping me down. Breathing deeply and praying to God, I silently recited my mantras: You can do this. You are strong. Right kidney, you can work effectively on your own. Left kidney, it’s time to fulfill your divine mission. I repeated the statements over and over while looking at all the masked faces. I was surprised when I recognized a pair of eyes. Ken’s surgeon said, “Do you recognize me?” “Yes,” I replied. “You will be here with me?” “Yes. I stay here until they hand me the kidney, and then I take it to the next room over to Ken.” My eyes filled again, and tears ran down the sides of my head. “Please take good care of him.” She smiled and said, “Of course.” That was my last memory in my original body with my two kidneys still inside. As I stood there in the school parking lot and looked at the parent who had so innocently and politely asked how my summer was, I wondered how to sum that up.

This book tells the story of an ordinary girl from New Jersey and the subsequent transformational journey she took. This extraordinary journey, and the story she recounts, culminates with donating her kidney to her husband. It also tells of her struggles with adolescence, with food and alcohol issues, finding her way as a parent, and creative recovery. Her recovery from surgery led to a more powerful and deeper spiritual connection that allowed for a better more fulfilled life, all of which have led her ultimately to a truer self. Told in a relatable and honest way, Melissa’s authenticity and devotion to self discovery will inspire those looking to find meaning in their lives and empower them to transform everyday obstacles into miraculous opportunities.

Melissa Mayer received a Doctorate in Physical Therapy in 2006 from the University of Medicine and Dentistry of New Jersey and worked for many years as a physical therapist in New York City. She now works as a holistic physical therapist and is also a mother, writer and activist. Melissa has spent the majority of her life faithfully searching, contemplating, studying, and traveling. Along the way allowing in love, self awareness, and adventure, which have led to growth, expansion and freedom. She is eternally grateful for all the miracles in her life, excited at the opportunity to share this journey with others, and eager for more! She spends her days caring for her family, treating patients, walking, writing, meditating, doing yoga, and going to the beach. Melissa lives happily ever after (on most days) on the spiritual path in Hampton Bays, New York, with her husband and two daughters. Learn more at www.melissamayer.org.