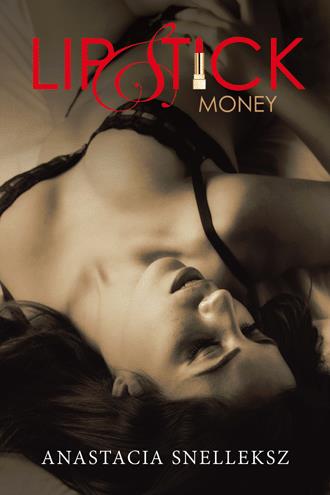 I arched my back and glanced over my shoulder to stare at Sasha, locking my gaze with hers until I could almost feel a magnetic pull between us. It was as if the air had turned thick and tangible and like you could cut it with a knife, or as if I’d tied her to me by an invisible string that she had no control over. But I did. As soon as I was sure that that connection wasn’t going anywhere, I turned away, bending over from my waist and trailing my fingernails up my calf, and then my thigh, and finally lingering at the space between my legs just for a moment. Even though I wasn’t looking at her anymore, I could still feel that connection there... and I knew she could as well. Finally, with one last sensual turn to face the front again, I raised my arms above my head to grip the pole behind me, and used it as a support to slide down, ending in a crouch with my ass out, and my knees spread, giving my audience a tantalising glimpse of the satin triangle of my G-string, before cheekily closing my legs again and ending my performance with a playful last graze of my hand against my breasts. There was a pause, and then Sasha spoke. “Oh my fucking god. Jade... that was... that was...” “Fucking phenomenal,” finished Isobelle. I had been incredibly nervous, but Isobelle’s training had been worth it. I went through everything she taught me as I moved, and gradually let myself relax into the joy of dancing. Moving my body to the beat of a song was a natural to me as breathing. But it was the feeling of finally understanding the power I had with my eyes that really made my show. When I had been on the pole, with my eyes closed, sensually running my hands over my body, I had slowly tilted my head forward and opened my eyes, locking my gaze with every man in the room. They were riveted just as the girls had said they would be... locked in my gaze like I’d hypnotised them. My methods had certainly given me power on the floor, which was an extremely good money earner. There was no doubt I was making almost double a night than what the other girls were taking home. But if I wanted real money, money that meant I didn’t have to rely on shitty supplied housing or budgeting for luxuries that I was careful not to think about, then it meant I needed the VIP clients and the restaurant. And unless I played by the rules, I was never going to have that. The very idea of ‘following the rules’ left a bad taste in my mouth, but I shook it off. Knowing how to navigate the system didn’t have to be a bad thing. And I didn’t have to completely throw off this new and dangerous part of myself that I’d found. The response I’d been getting alone showed me that. But what I could do was balance the two. After all, sexy costumes and a don’t give a fuck attitude could get me plenty of dances, but that’s not what the VIP clients wanted in the restaurant. They wanted classy. Intelligent. Someone they could have a conversation with. Which I knew, deep down, were qualities way sexier than any costume could hope to be. Now I knew, knew with every atom of me, that I could command a room with my eyes alone, never mind what the rest of my body was doing. Not only that, now I knew without a shadow of doubt that I could make every man in the room want me in the way I decided. Did I want them to feel enslaved? Did I want them to respond to the challenge that I gave them, that no one could tame me and I dared them to try? Did I want them to watch and think naughty thoughts as well as sexy ones? Whatever I wanted them to feel, I now knew that I made that decision. It wasn’t simply a coincidence, or a response determined by a client. I made it happen. And it was this knowledge that made me stand at the bottom of the steps leading to the stage and feel my blood rush through my veins with adrenaline and excitement. Because for the first time I didn’t feel like I was just pretending. That any minute my audience would realise that they were being deceived, that I wasn’t this desirable, sexy and talented woman that I was making myself out to be. That had fallen away. I knew now that I was all those things. And I couldn’t wait to show my audience that I had finally realised it. I was cute and gorgeous. I was inviting and dangerous. And I was crackling with sex appeal and desire. And for the first time in my life, I sensed the first flicker of what I’d been searching for since the day I’d first dreamed up the plan of moving to Japan. A strong, confident woman who could own her sexuality. Who could desire and be desired, but on her terms and no one else’s. Who could use her passion to explore her sensuality, and share that with those that she invited to do so. I didn’t need fancy props for that. All I needed was a stage, a spotlight, and myself.

Young, beautiful and talented, Natasha Ray has always had a secret longing to become an exotic dancer, a life forbidden by her family. The only way to live out her desires is to escape to Japan, a country where she knows no one and doesn’t speak the language. But Natasha is determined and it’s not long before her real adventures begin.   Completely alone, Natasha embarks on a new life. Can the shy, sheltered girl who left her home navigate the sensual world she finds herself in? Natasha realizes she must find a side of herself that she’d always known was deep within her but never had the chance to explore. With the help of a sexy new job and a devastatingly handsome teacher, Natasha discovers a powerfully seductive, in-control woman who thrives on her own terms.     Fifty Shades of Grey meets Magic Mike, Lipstick Money is a sensual, daring adventure that vividly portrays fantasies turned into reality.

Anastacia Snelleksz is a passionately creative entrepreneur. As a creator of well-known businesses in the exotic dance genre, Anastacia realized there was a need for more people to explore this form of creative expression, if not physically, then emotionally through her book Lipstick Money. Best known for her Australian pole dance company, Pole Princess, she is passionate about helping people explore their sexuality through fantasy. Follow her on Instagram at www.instagram.com/itsjustanastacia