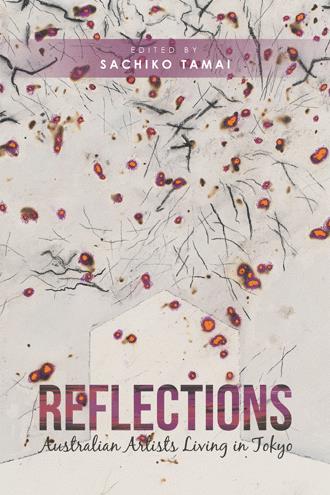 Zen and the Ryoanji Garden By Noelene Lucas By the time I actually saw the garden in 1983, I had been seeing it in my mind for years. The first image of it I ever saw was a poor quality black and white one and I probably would not have noticed had there not been a diagram beside it. I thought this diagram was trying to explain the connection, on another plane, between the disparate elements of the garden. I was fascinated. I even made a sculpture that speculated on my misinterpretation. Seeing the great art works of the world through poor quality reproductions was how I mostly learnt about art, as I did not go overseas to Europe until after art school. So, for almost every iconic artwork I saw, there was an imaginative leap for me to try to understand how it would be in reality- its weightiness, scale or detail. This is the condition of art on the periphery, where one is neither in Asia nor in Europe. What intrigued me the first time I saw that image of the Ryoanji garden was that it was designed for contemplation. That was its function; it was not for walking in, not to provide floral decorations for the house, nor was it there to increase the market value of the property. It was there for contemplation. For me this was significant as that was how I thought about sculpture and installation. The first time I saw the garden in 1983, it was a steamy August Kyoto day. I had walked quite a distance from the baroque Golden Temple. I was hot, tired and wet and looking forward to the tranquility of the garden. Even after I left the street and entered the temple grounds there was still a long walk up a hill past a pond, a ziz-zag bridge and some buildings. At the entrance to the building I took off my shoes, paid the entrance fee, walked past the omiagi shop, looked out over the beautiful garden and then picked my way between the crowd of Japanese tourists sitting on the veranda or its steps. It was very quiet, the tone respectful. People spoke, if at all, in hushed tones, to the background sound of clicking cameras. Many people came and went, sat for short periods and left because the garden does not easily reveal itself and the tour groups had to be at a certain hotel at a certain time for lunch. But that's how we see in the age of mass tourism. The circumstances of my first viewing of the garden were not ideal. I sat there alone thinking OK now I'm here, what next? It’s gorgeous. The dynamics of the composition work quite differently to what I had imagined from Melbourne. The garden was much wider and appeared flatter, the rock groups spread and appeared to cling to the gravel because of their triangular shape. They alternatively seemed to be rooted in place and sliding across the surface. I went to see it with the awareness that I should be open and receptive, that I should leave behind preconceptions, leave behind my mental chatter, including my need to analyze. But it was through analyzing that I started to understand the garden the only way I could. I could have done an inventory, yes, a long narrow ground covered in raked gravel with five groups of rocks, three towards the right end and two more to the left. I could have done an aesthetic analysis and gone. I could have taken in and been happy with what the tour guides stated the garden meant, but I was astounded that this garden embodied a philosophic doctrine, of which I knew very little. So, I sat and thought about what this could mean beyond islands in the ocean of existence, mountain tops above the clouds that obscure the nature of existence. Were these just tourist literature clichés? Was the meaning there, but made banal and stripped of real meaning? What more was it about? I had been trained to read images and to be sensitive to the levels of perception that constitute the apprehension of a sculpture. Like the awareness of the body in sitting practice, the rhythm of my breathing, the beating of my heart, these too are incorporated into my perception of sculpture. I later realised that strangely enough this is where the perception of sculpture, meditation practice and the appreciation of the garden coincide. But back in 1983 it was by analysis and relating the garden to an expanded idea of the perception of sculpture that I started to get glimpses of the complexity and meaning of the garden. Whether I was there or not it became the place for me to think through and expand my ideas about contemporary art; about space as a fundamental aspect of my art practice - space and positioned relationships and how the invisible connections of things in space could be worked. I realised then that I was not going to understand the garden just by being there. That if I was to more fully appreciate it, I needed to become informed. Even when I had read a lot about the garden and Buddhism and had practiced meditation, there was still a loss through cultural translation. But Zen relies on experiential transmission, so I understood that it would be through practice that I would come to some understanding of the garden.

In the 1970s, 1980s and 1990s, Tokyo served as a host city for a vital community of Australian artists, many of whom worked in the Australia Council’s Artist-in-Residence Studio, which opened in 1987. Upon that studio’s closure in 2016, Sachiko Tamai and Emiko Namikawa, who had served as managers and consultants at the time, realized it held an important history that should be preserved. Reflections: Australian Artists Living in Tokyo presents a series of essays by artists, curators, and organisers involved in international art exchanges between Australia and Japan. It documents the history of more than three decades and includes contributions by contemporary Australian artists who lived in Japan between the 1980s and the opening of the twenty-first century, such as Stelarc, Caroline Turner, Emiko Namikawa, Noelene Lucas, Anna Waldmann, and many others. This timely and culturally relevant collection documents those artistic exchanges between Australia and Japan through the voices of those involved, including artists and curators.

Sachiko Tamai was born in Tokyo. She has worked as an announcer and translator for the Japanese Section of Radio Australia (Melbourne) and has freelanced for the Australian Tourist Commission and Australian Meat Board, among others. She was previously the senior cultural officer of the Australian Embassy, Tokyo. Now retired, she serves as a volunteer art coordinator. She was awarded an Order of Australia Medal in 1999 for developing cultural links between Australia and Japan.