Memoirs from the Veil 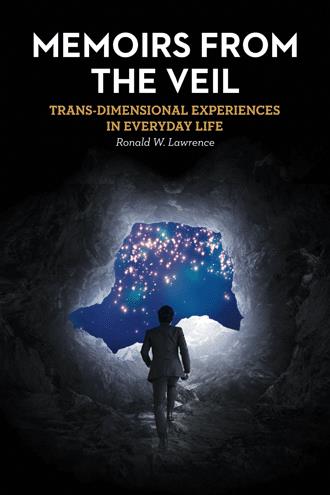 When I was a small child, my mother was conscientious about putting me down for a nap in the afternoon. What happened to me during one of those afternoon nap times when I was about four years old mis an experience I've remembered all my life. My favorite store in our small town of Turtle Creek, Pennsylvania was the G. C. Murphy Five and Dime Store. After my mother went grocery shopping at the A & P market across the street, she would take me over to G. C. Murphy's. There was always a bag of candy and a comic book to take home. One afternoon my mother put me down for a nap and I had what I thought was a dream. In my "dream" I found myself heading for the Five and Dime. As my consciousness traveled along the street my way was blocked by a passing bus. Suddenly, I was on the bus hovering in the center aisle. It was the late afternoon rush hour when the local factory had dismissed the afternoon shift of office workers, so the bus was crowded and buzzing with conversation. At that time people smoked more than they do today and the bus was filled with the white haze of cigarette smoke. I remember how fashionably the passengers were dressed. I observed in particular a small, attractive woman and hovered above her left shoulder. She wore a gray business suit with a thin white stripe and shoulder pads, which was common in 1940's womens' fashion. Her hat was black velvet and she was having casual conversation with the person next to her. And that was it. I found myself back in my body in my bed at home. It was not until many years later when I was an adult and had studied trans-dimensional phenomena that I realized that the remembered dream that I experienced when I was a child was actually an out-of-body experience, and that I was "remote viewing" on that bus.

Spirit in Everyday Life Ronald W. Lawrence began his career as a psychotherapist in 1988. Over the years, he was gifted with a patient population that openly and willingly shared their spiritual and otherworldly experience that pierced the veil between this dimension and the next. He made notes and saved memories regarding their experiences and also remembered some of his own. “Life can have a trans-dimensional nature. There can be more than one possibility.” He noticed similar themes and subject matter and was amazed at the consistency of the narratives in a group of people who did not know one another or have interpersonal contact. His disappointment is that in psychology professions, there is very little latitude and validation for such experiences in the human population. The professions themselves mostly reflect the possibility of “one answer” that is usually embodied in a diagnosis. Over the years, it has become clear to Ronald that life can have a transdimensional nature. There can be more than one possibility.

Ronald Lawrence has been a psychotherapist for thirty years and through this experience he has learned a great deal about human life and the qualities of human consciousness. He believes that some of the experiences of human beings are trans-dimensional in nature and indicate that there is more to our existence than we can see feel and touch and takes pleasure in relating such possibilities. He currently is semi-retired and lives in Las Vegas, Nevada.