Inspirational Stories of Women Who Got Their Financial Act Together – and How You Can Too. 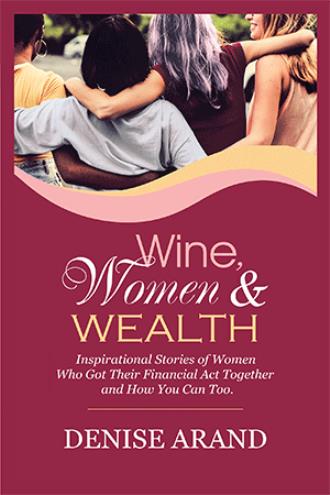 This book is for you. I wrote it with the intention to create a place of inspiration and reference for women who want more success in their relationship with money. And I’m talking about all women: paycheck-to-paycheck women; wealthy women; self-made women; just-trying-to-figure-themselves-out women; trust fund women; women who have made money and lost it - and those women who’ve made it back again. Married women, single women, divorced women, and widowed women. Young women just starting out in life, career women at the top of the corporate ladder, entrepreneur women, moms driving the crazy carpool schedule, and women facing retirement. You see, money can be a rather charged topic in our world, especially if you live in the United States in the twenty-first century. Money is simply a tool that we use in exchange for things that we want. But we’ve made-up so many stories about it, giving money its own life and personality, that we don’t see it for what it is: a means to get what we want in life. In addition, we’ve made up a lot of stories about getting what we want in life: that it’s bad to want to have money, that we’re selfish, that we’re greedy, not worthy, or not deserving. But that’s just the story many of us tell ourselves about money! Ultimately, it’s not how much money you have or don’t have—it’s how you deal with it. We’ve all gone to school for so many years and learned all about reading, writing, and arithmetic, but we never ever learned about how money really works. Especially as women. And unless you had a family that was a great example to follow, once you’re an adult, you are on your own. Here’s the challenge with that. In “polite” society, it’s taboo to talk about money – right up there with sex, religion, and politics. So, money is not talked about at cocktail parties, it’s not talked about around the dinner table, or in the classroom, or anywhere else for that matter! While some people have an innate knack for dealing with money, most just simply do the best they can, make mistakes along the way, and manage to get by. Imagine about how great life would be if you knew the money rules ahead of time, and if you knew what tools you could use to create greater financial success! Financial fads come and go; financial principles are locked in stone. Knowing financial principles and knowing what is always true about money will help you win the money game in the long run. A few years ago, working as a financial professional, I realized that a lot of women have had little, if any, education about money. On top of that, most women have little confidence and little involvement with the money that they have: married women who have given much of their financial control over to their husbands (Really? In this day and age?!), single women who have just put their heads in the sand and let the chips fall where they may, widowed women who have decided they would just spend all of their money to ease their grief. That, along with the fact that women have been pretty much invisible to the financial industry, was creating a financial disaster! … … I came to realize that there were certain ideas that stop women from being successful with money such as: Old trains of thought: “I am not good with money.” or “I am a woman therefore I don’t understand numbers.” Societal beliefs: “Money doesn’t grow on trees.” or “Money is the root of all evil.” Family and cultural concepts/patterns: “Marry a good man, like a doctor, and you won’t have to worry about money.” “My family struggled with money, so I am not worthy of having financial success.” ...to name a few. For many women, talking about how money works would do no good until they got their heads around their relationship with money. Instead of focusing on the next best investment or retirement savings plan, we focused more on how women deal with money and how to overcome some of the obstacles they face that block financial success. In the chapters that follow, you will learn the stories of the women of Wine, Women and Wealth. Amazing women who overcame obstacles, both big and small, to find a happier place in life and a better relationship with money. What is so inspirational is that they learned the concepts, took action and applied those concepts in their own lives, and became more financially successful.

Imagine how great life would be if you knew the money rules ahead of time and the tools you could use to create great financial success. This book breaks the long-standing taboo that it’s “not polite” to talk about money... right up there with politics, sex and religion. Which means that money is not talked about at cocktail parties, it’s not talked about around the dinner table, it’s not talked about in the classroom - or anywhere else for that matter! …Until now. Years ago, working as a financial professional I realized that many women had little-to-no education about personal finance. That, coupled with the fact that almost all women will have total control over their money at some point in their lives, yet most feel completely unprepared for that, set me on a mission to educate and empower women regarding their finances. This book creates a place of inspiration and reference for all women who want more success in their relationship with money.

Denise is passionate about sharing proven, reliable financial advice to audiences who typically haven’t access to it; especially women, middle-class Americans, and those are looking for wealth building alternatives to traditional, often-risky stock market investments. As the proud founder of the Wine, Women and Wealth brand, Denise is achieving her goals of educating and encouraging all women to be comfortable with money, personal finance, and building wealth.