The Third Novel in the Edie Townsend Saga 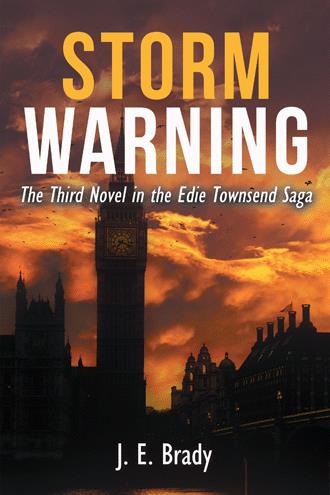 Storm Warning is the third book Brady has published in the Senator Edie Townsend saga. The others books are Never Say Never and Burning Bridges.

J. E. Brady is a lifetime resident of Illinois, as is his wife Sue. They have two grown children, Rebecca and Greg, and one granddaughter, Madison. Among Brady’s hobbies are reading, sports, and travel. He and his wife have made many trips through the years to the Washington, DC area. They have also traveled to many countries throughout Europe. One of Brady’s favorite places he had the opportunity to visit was the hometown of his father in Ireland.