ORBS: The Energy Around Us 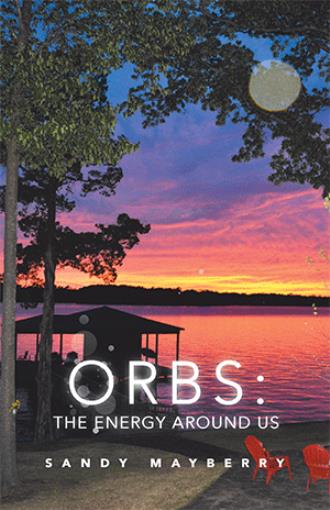 What Are Orbs? I’m not sure that anyone really knows what orbs are. Like many subjects, the answer depends on who you ask. Many people have never heard of the term, so they have no earthly idea what I’m writing about. Other people absolutely know what an orb is, because they’ve seen them on photos. Fuzzy splotches, big or little, singular or numerous, invisible in the moment but visible on the photograph, they are considered by some to be camera malfunctions. The word from camera manufacturers is they’re specks of dust floating in the air or light reflected in surprising ways. In the psychic community, orbs have long been considered some type of supernatural energy manifesting in our visible world—real evidence of the presence of Spirit. If you’re curious, it might be fun to snap some of your own pictures and see if you capture anything out of the ordinary! Even better, what I commonly tell people who listen to my story is to go home and search through boxes of old, family photos. You may be very surprised, as I was, to recognize something strange and unexplainable on one or several of your photos, photos that you’ve known existed and that you’ve looked at for decades. I have pictures with strange phenomena on them, taken with my film camera, that I had always assumed something went wrong with the film processing. I passed it off and never gave it a second thought. Now, of course, some of those smudges are possibly someone’s finger in front of the lens or, (definitely someone’s finger in front of the lens) maybe a shadow, or maybe just smudges. But through my education on orbs, their appearance, their movement and color, and also their ability to form shapes other than circles, I believe I can discern what may or may not be the appearance of an orb on a photo. But we’ll get to that later. Prior to June 12, 2013, I had never heard of the term orb. But I did sense that the strange occurrences that I had been seeing on photographs, had an explanation beyond the ordinary. I posted a few photos on social media to get started. Most of the Instagram comments I received were along the lines of “What the hell?” I didn’t know how to interpret that comment; I knew it wasn’t a question that required an answer. It was more of an exclamation, and although, I laughed, I also wanted to yell my response: “I have no idea!” As frustrating as the naysayers were, at least they told me I was on to something. Plenty of other people who contacted me about the orbs believed that they were something wonderful and mysterious, something more than dust, water, or reflections of light. Indeed, they believed the orbs were something, as opposed to nothing. And I was inclined to agree with them. 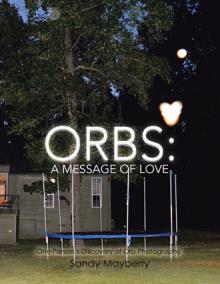 The strange and beautiful story within ORBS: The Energy Around Us started with a family trip to the mystical vortex of Sedona, Arizona. One interesting vacation photo stirred my curiosity and heightened my awareness to the presence of the unknown. For me, this story started decades ago, and the proof is in the family photos that were uncovered in our attic just recently. As this journey unfolded, I realized the perfectly round dots of light and beautifully heart-shaped figures on my photos were not simply tricks of light but something much more meaningful and intentional. And for you, this story is also as old as the snapshots you have. Orbs – those living, responsive balls of light we can mostly see as circles on photographs – are all around us. They point us the way to go and remind us of what is always important. Orbs: The Energy Around Us is a book about mystery, discovery and awareness. It brings us together in community and reminds us of the unique place in the Universe that each of us holds.

Sandy Mayberry is a Public Speaker, Health Advocate and Author of ORBS: A Message of Love. She began her career in television in 1985, after she earned a Bachelor of Arts degree in Telecommunications and English from Indiana University in Bloomington, Indiana. She worked for ESPN and NBC out of the Movie Studios of las Colinas, Westcott Communications and also The Freeman Companies. She traveled extensively to produce Conventions and Trade Shows, also shooting and assembling video footage for Fortune 500 companies and clients. Sandy has a growing interest in historical places around the world and photographing the natural elements of the outdoors. She first realized she had captured a large orb on one of her photos in 2013. She currently lives in Texas with her family and three dogs.