Parable Fairy-Tales for Kids and Grown-Ups 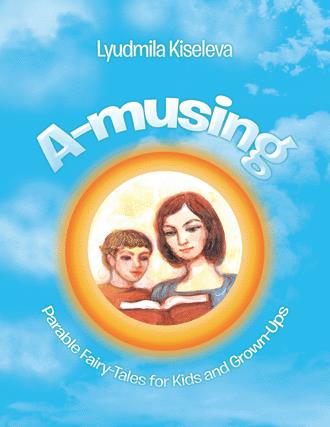 A story about bricks. In a box on a shelf there lived some toy bricks. And they wanted desperately to become a tower. — Well, tomorrow morning we’ll already be a tower, — thought the bricks every single evening. But tomorrow, and the day after tomorrow and day after every day the bricks still stayed at the same place — in the box on the shelf. One day a woman who lived in that house was dusting the shelves and happened to drop the box, and the bricks fell down. — Oh! Now we’re going to make a tower! But it was not to be. The bricks plonked onto the floor far from each other. And they did not happen to make a tower. But then in came a Builder. He was already four years old. He was also Connector and Creator. He thought for a moment and then he put the bricks like this: The tower was built. And now… A-musing! (If something is inventive, there must be an inventor.) — But what can I muse over? And what is so interesting about this story: a boy has made a tower of bricks — that’s all! — Right! How many times do you have to drop the box of bricks from the shelf to make them become a tower? — They are not likely to become a tower on the first try. Maybe you’ll have to drop them about fifteen times, maybe more, and maybe they will never become a tower at all… — Why do you think so? — Well, ‘cos bricks are not actually alive, they can’t agree with each other how they should stand. — Obviously not. So there must be someone who would imagine the whole tower, and then would carefully put the bricks on their places. You know it yourself — you play with bricks quite often. Well, I came to your room recently and there was a castle that you’d built. It was so inventive. — You mean it was invented by me? — This is almost the same. I was standing there looking at your palace: where you’d put the columns, where you’d constructed an arch, where you’d made windows. I imagined how you had been inventing and building all that. As if I was partly with you when you were building the palace. — Wow! That’s amazing! I was not there, but you seemed to be with me. How did you do that? — The thing is that when I’m thinking of something complicated and beautiful, I’m also thinking about the person who has created it. One day I went to an exhibition of lace. What weaved figures, flowers and butterflies were there! To weave them you had to make thousands of eyelets, thousands of beads, and all of them in their own places, you had to imagine at the beginning how it would look in the end. I was admiring those patterns and it felt as if I was looking at the delicate fingers of the lace-maker, following her imagination, watching her creating the beauty. I had never met that woman, but when I was looking at the lace, my soul met her soul. — Mom, but it’s such a joy — to feel someone you don’t see like this. And what story will the a-musing book tell next? — The next story is about an apple seed. — And what can be told about it, I wonder?

Usually, the book is either for children or for adults. The book A-Musing is a game changer. The serious contents there present themselves in a form that is interesting for both grown-ups and children. Discovering something for themselves, a mother, a father, a grandmother, or a grandfather can share it with a child while the meaning, which has opened itself to them, is still raw and ready to pour out of their heart. For this purpose, the book has not only tales-parables, but also pictures and simple dialogues explaining the parables. The book A-Musing would be a nice, joyful, and good present for Christmas, Saint’s day, Easter, or any other occasion for you and your children. A-Musing by L. A. Kiseleva talks about the most intimate and profound questions of life, world, and God, explaining them with simple examples. Most people want to think and talk about these things, but they are too shy or don’t have a person to talk to or fail to find answers to those questions when reading thick and serious books. Speaking of big and important things, A-Musing forms a connection between a child and a grown-up, turning you and your sons and daughters into good friends and the most understanding people to talk to.

I believe that we should talk to children about eternal things; about God, and World, and human Soul. I can do it - I can make those conversations simple and interesting.