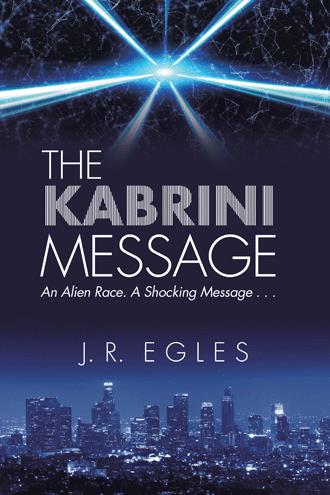 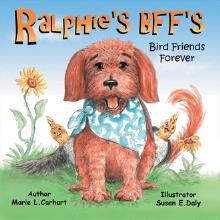 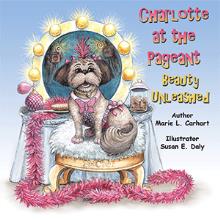 An alien race. A shocking message. During an archaeological dig in Greece, Jeffrey Driscoll stumbles upon a miraculous find: ancient crystals with celestial coordinates that will connect humankind with the Kabrini, a highly advanced alien civilization. His discovery leads him on a quest from the jungles of Africa to the islands of Greece, from the streets of London to the tombs of Egypt, from Washington, DC, to Los Angeles, Jamaica, Vienna, and finally, to the deepest depths of space and earth’s first global space effort, the Legacy mission. When Driscoll Mining and the US Army’s complete deep space construction of the Kabrini communications network, the Legacy mission is deemed a success. But a dangerous terrorist group hungers for revenge, and Driscoll will stop at nothing to save the project. As his obsession with the Legacy mission spirals out of control, he risks losing everything—his company, his grasp on reality, and the one thing he’s ever truly loved: his wife. And when mankind finally makes contact, we quickly discover the Kabrini message isn’t exactly what we want to hear.

Author J.R. Egles was born on November 23, 1949 in Elizabeth, New Jersey to Marie and Bob Egles. He was the eldest of four children. Other than a three-year period from ages nine to twelve when the family lived in Hialeah, Florida, Joe was a lifelong New Jersey resident. From an early age, Joe developed a fascination of astronomy. Joe ground his own telescope lens from a big thick circular piece of glass about the diameter of a dinner plate. Day after day, he spent endless hours in the basement of his family’s home grinding it with rouge. When it was finished, he installed the lens in a large telescope that he built himself from scratch. Joe’s father set a pipe in concrete in the backyard to serve as a mount for the telescope. Joe was also an avid photographer whose favorite subjects were, of course, the stars and planets. With that telescope, Joe was able to combine his passions for astronomy and photography by capturing amazing photos of the moon, planets and constellations. The one thing that surpassed even his obsession for astronomy, however, was his enduring love of ham radio. At a very young age, Joe joined the close-knit community of “hams” when a neighbor introduced him to this unique world of communication. When the sky was clear, Joe would spend the entire night out in the backyard gazing upward. When it was cloudy, he would retreat inside where he’d chat with folks all over the world on his ham radio. Back then, his ham call letters were “WB2UXJ,” and he could be heard calling, “This is Whiskey, Bravo, 2, Uniform, X-ray, Japan” throughout the night. Later, after receiving what is known as an Extra Class license, the call letters became K2UX (and the mantra became “King, 2, Uncle, X-Ray”). It was the pre-Internet version of online chatting. Therefore, we should not be surprised that The Kabrini Message combines both of Joe’s loves: outer space and communication. Joe graduated from Governor Livingston Regional High School in Berkeley Heights, New Jersey. This was not the high school most residents of his home town of Garwood attended—Joe hand-selected the school because it offered electives in electronics. After graduating from high school, Joe attended Union County College. Joe wrote The Kabrini Message in Loveladies, New Jersey in 1987 over the course of about six months. At the time, Joe was serving as a full-time, live-in caretaker of another Joe, his elderly grandfather. Joe most recently lived in Ship Bottom, New Jersey with his wife, Gwen. He was a father of three and a grandfather of four. In January, 2010 Joe passed away at the age of 60. Although he wrote a few short stories and did some freelance writing for a local newspaper, The Kabrini Message was his first and only novel. The Kabrini Message was an idea 25 years ahead of its time, and there is no doubt that Joe is very pleased that his novel’s time has finally arrived! Discover more about J.R. Egles here Blog www.kabrinimessage.blogspot.com/ Pinterest www.pinterest.com/kabrinimessage/ Facebook www.facebook.com/kabrini.message Twitter www.twitter.com/KabriniMessage YouTube The Kabrini Message, The Official Book Trailer, by Author J.R. Egles www.youtube.com/watch?v=Z1O6XrcHOpg