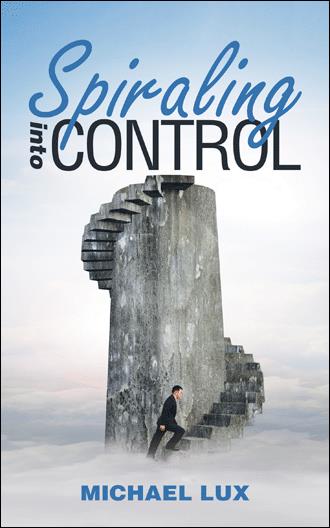 I had fed these creatures lurking in my soul for a long time. I remember as far back as the fourth grade, allowing the darkness to run my controls. During fourth grade English class, I got in trouble for a story I had written. We had to write a short story of our choice. I wrote mine about a hitch hiker who killed people with a plastic spoon. Apparently, that was disturbing for my age. I thought I had done a great job at G-rating my content from what I really wanted to say. I was questioned about my home life, only for my teachers to receive looks of bewilderment from me. Such topics of pain, self-hatred and violence seemed so natural to me, only because I “unknowingly” lived in it. The darkness ran deep in me, or so I had thought. I guess anyone can be dark in the absence of light though. My bulb just needed to be replaced and this article was just the replacement I needed. The article spoke of how in other countries, Bi-polar, Schizophrenia, depression and other mental illnesses are symptoms. They are not actually an illness, but symptoms of something greater. If the person does not seek guidance from a teacher who understands, known as a shaman, they continue to have the symptoms worsen. In America we see it as an illness, but in other countries it is seen as the gift of Shamanism. The symptoms of such illnesses were said to be the result of spirits that are trying to commune with the person. The symptoms develop, because the individual does not know how to wield their powers to help the spirits. That is why in ancient cultures and even some today, these people are brought to be trained by a shaman. The article shared studies of sending an extremely “ill” person with a mental illness with such severity, they were hospitalized here in America. The person was then taken to another country to be under the supervision of a practicing shaman. After a year under the guidance of the shaman in this particular case, the subject came back entirely “cured”. This article completely shook my perspective of reality. It rattled me inside terribly, I could feel that light of hope enter my soul. Just knowing that there is another possibility out there gave me more hope. I became obsessed with learning about shamans and how to find one. Much to my dismay, finding a shaman is very difficult and with no avail I was not able to find one. I also was discouraged by how much time it takes to train. The training from what I understood, usually requires traveling to the shaman and living with them for a year or more to train. I felt that this scenario was impossible given my current situation. I had a new born, I was the sole source of income and I also had a lack of a shaman. I decided that I would not let that be my stopping point. I knew if there are avenues like that existing, there must be more ways to help myself. I continued reading through diverse topics and through the years I have been able to gather alternate methods of developing myself for the best me. I had to pioneer my way with no guidance from other people and if the paths I have taken are correct or not, I have lead myself in the most positive manner I could. It works for me and that is what is important. With the new thought burning in my head that maybe I’m not broken, I am just misguided, created the spark I needed to regain faith. Perhaps that thread I secretly held on to my whole life was not a waste. I always knew there was something bigger than me, but I just was not sure. As I aged, I had convinced myself I was a man of science and if there was any divinity in me, it was tainted. Just like Lucifer, cast into the dark depths of servitude.

In his former years, Michael spent his life living in the shadows. But despite struggling with mental illness, addiction, bullying, and dysfunctional-family struggles, he journeys through. He comes to a dead end only to draw the curtains back to reveal the sunshine that will guide him through his adventure toward self-discovery. He travels through a spiritual journey to a life of happiness. Along the way, modalities are found, practices are learned, and he takes back the control to his once-failing life. Take the step back into control with him as he exposes you to various tools that he hopes will help you too.

Michael Lux is a determined person in pursuit to make a difference. He has gone through many life experiences, leading him to where he is now. He has no intentions of stopping though, on the move, always on an adventure. He shares his passion for adventure and self-discovery with those around him. He graduated with his Bachelor of Arts in Creative Writing. He enjoys spending time with his wife and two children.