The Secret, the Mystery and the Puzzle

The Legacy of Childhood Trauma Revealed 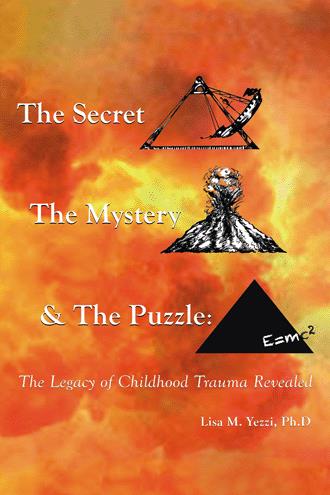 On September 10, 2011, a nation of people went to sleep safe in the knowledge that they lived in a country that would always protect them. On the morning of September 11, 2001, that same nation was traumatized. The safest country in the world had been violated. We watched in shock and horror as the attacks continued. We were no longer “safe”, our very lives had been threatened. We lost faith in our nation and trust in our neighbors. The fear that this was only the beginning grew. Losses in the aftermath continued to accumulate. A safe predictable world was turned upside down and was spinning out of control. Chaos reigned in our hearts and our minds. Fear heightened as we looked over our shoulders, becoming hyper-vigilant and increasingly vulnerable. Within hours we focused on finding someone or something to blame, a target for anger that was born of fear. We see the loss of trust in a safe and predictable world. We mourn that loss. We see the effects of loss of trust, and we feel the fear. We know vulnerability and we arm ourselves. We attempt to control outcome, to protect ourselves from further attack. We are reacting to trauma as a group at the same time that we grieve it as a nation. Beginning on 9/12/2001, we faced the aftermath; which signified the emergence of the legacy. We felt the fear, the neglect of our needs for safety, the violation of our trust, the chaos in the unpredictable nature of events and the depths of our pain. We now see the way we have come to defend our nation and ourselves. It was the origin of the legacy of trauma for the United States of America. That is what we live with today. We don’t live with the event. We live with what was created the moment that the event occurred. We are in effect, healing as a nation from the legacy, the gift handed down to a nation of people by a small group of terrorists. 9/11/2001 is over; it is the legacy we live with now. September 11, 2001 gave us all the experience of trauma and loss, as well as the insidious nature of the legacy that was born in a moment of time. September 12, 2001 set us all on the path of coming to understand and then later heal from the legacy. Looking Back We will look first at trauma and traumatic loss, and what that can look like in the life of a child. We will do this for one reason only, to create an opportunity for each of us to become aware that we did in fact survive trauma or traumatic loss. Before we can heal from the legacy of trauma, which is our goal, we need to acknowledge that it happened. This is a critical point in our journey forward. Living Life in a Coma Let’s go back to 9/11. Let’s say that we were in the hospital and we were in a coma during 9/11 and the next several weeks. Finally we wake up, and no one thinks about telling us about 9/11. We wake up to a world where there are terror alerts, where people talk about buying gas masks, building shelters and hoarding food. We wake up to the fear that our water will be contaminated , that our monetary system will crash. When we wake up, people are leaving New York City so that they feel safe. Times Square looks like a ghost town while tunnels are under alert and police search cars and buses. Airports are backed up, passengers getting searched before boarding planes as people look fearfully at other passengers. No one is safe. All of a sudden we are feeling fear for our safety and a pervasive feeling of mistrust. We feel that the world is crazy, chaotic, unpredictable and unsafe. Things of out of control and we don’t know why. We hear that we had to attack Iraq since war was the only solution. We know that people are angry. And we are swept up, feeling all of the emotions, grieving all of the pain, and never, ever knowing why. That is clearly a nightmare. We don’t know about the trauma of 9/11. With nothing to attach it to, we live in the aftermath, in the legacy we don’t even know exists. We feel the legacy, but we cannot acknowledge it. To live in a legacy, and not know that we are is creating a world that is clearly ad inexplicable unmanageable. We are living in the dark, with no view of the origin of fear. We see no cause, no reason and in the depth of the darkness, our fears grow. We don’t know which way to turn. Lost and confused is clearly an understatement. When we could get our bearings by identifying the events or situations that created all of this, we would be insane to say no, it is really not that important. That need for clarification and understanding, is what has been beneath our common search. Living life as a coma patient is no longer feasible or desirable. We have been given a key to unlock the secret door. 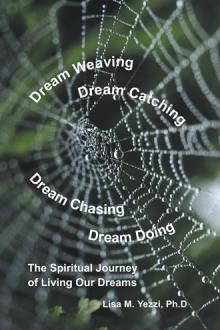 This is my life, and what the hell happened to it? Do you feel that your life is out of control and that one more loss is too much to handle? Do you obsessively try to control your world into a safe and loving place? Do you obsessively worry about your tomorrows and all the “what ifs”? Do have issues with trust or emotional intimacy with others? Do you carry anger toward other people, places, and things that may be a part of your past? Do you feel that you are fighting just to survive? Do you long for true love and belongingness? Do you feel emotionally that you are not safe? Do you doubt yourself and your abilities to live life your way? Do you worry that if people found out who you truly are, they will reject you? Do you feel that you need to earn others’ respect? Do you constantly feel shame and guilt just because you exist? Are you consistently trying to prove that you are worthy? Do you consistently isolate when times get hard? Do you focus on fitting in rather than sharing who you are? Do you compulsively drink, do drugs, exercise, eat, starve, etc. to kill the pain of anxiety? Do you struggle with initiating new projects or perhaps keeping a job? This then is the legacy of childhood trauma. It represents the obstacles we all face as we take our journey into healing. You can overcome. We all can.

Lisa is an Educational Psychologist who specialized in human development. She has been a college professor, a grief educator, an advocate for cancer patients, a group facilitator sharing common reactions to natural disaster following Hurricane Irene, as well as educating adults about predictable patterns of development following childhood trauma and loss.