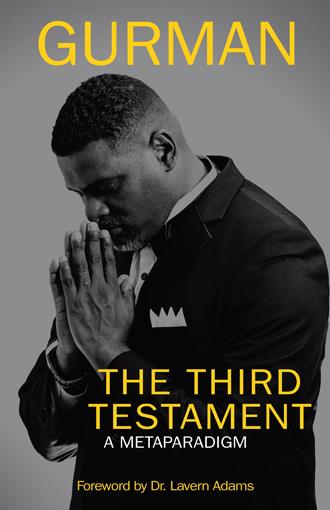 Somewhere along the historical time line, many factors became construed concerning the concept of God, worship, and the knowledge of self. I am sure that many of you have been a part of training sessions in which an exercise was done to show how information could be misconstrued from one person to the next in communication. A short message is given to one person in secret, and that person shares it with another, and the message is passed along until it returns to the person who started the chain. In almost every instance, the final message received was never the initial message sent, and this exercise involves only a few people in a possible ten-minute time frame. What then do you think may be the outcome of a message traversing diverse eras, cultures, and languages in a time frame spanning possibly millions of years?

Scientists recently announced the discovery of the oldest fossil skeleton of a human ancestor. The find reveals that our forebears underwent a previously unknown stage of evolution more than a million years before Lucy, the iconic early human ancestor specimen that walked the earth 3.2 million years ago.”

According to this National Geographic article, the human race is estimated to be over 3 million years old. Besides these aforementioned variables, there are several other factors for consideration including

• The ignorance of people who in their darkened state lacked the ability or capacity to expound on that which was revealed prior to their existence at a time of enlightenment.
• The egotistical and personal agenda of fearful people who sought power and control and as a result deliberately destroyed and concealed truth from the masses to maintain their status.
• The agenda of the wise and the prudent who spoke in parables and left clues that only the diligent would unravel since the treasure and power that one attains in knowing the truth should be obtained only by the mature and disciplined and not the lazy, as it is said, “Tools in the hands of fools can be dangerous weapons.”

I concur that there exists a higher power, a divine, conscious intelligence from which all existence emerged. I think that the word God and the concept espoused by society as it relates to that word restricts and limits this higher power and confuses and blurs the essence and divinity of all unseen forces.

Several variables attest to the existence of some higher, intelligent consciousness. What is not defined though is the state and form of such existence. No one can deny the order and precision that exists in all creation, an understanding gained from peering into space, from the observation of life on the planet itself, and of course the design and complexity of our bodies. The accuracy and precision allude to a designer, namely, God, which we identify as a noun. We however fail to consider that if there must be a designer, even the designer should also have a designer, and as a result, the recurring paradox would persist indefinitely. This trend of thought is of course a linear one and can be debated since the designer is not a part of the design and as such is not governed by its rules.

No one can deny the perfection with which the earth was designed. Its location in the solar system, distance from the sun, physical structure, and atmospheric conditions make it ideal for life as we know it. The earth’s satellite, the moon, plays an integral role in oceanic currents and movement.

The design of the human being with its autonomic, sympathetic, and parasympathetic nervous system is still not fully understood. The workings of the brain and its various parts in conjunction with the mind, which is an intangibility, is still eons away from being grasped fully. It was only recently discovered that the heart radiates electromagnetic energy far greater than that which our brains radiate and as such is more potent than our brains.

An understanding of the code established in our DNA identifies a specific program unique to every individual. Discoveries about our quantum world and about how consciousness interfaces with wave frequency and collapses it into atomic particles are still in debate in the scientific world. It’s as if we were not in the universe but were the universe, and all life is just fractions of a whole that work in tandem with each other.

I can continue to list numerous factors about our universe, our planet, and our beings that remain mind-boggling and reflect the notion of ultimate consciousness and supreme intelligence.

The ideology of a singular God never existed in ancient civilizations. In Egypt, a myriad of gods or deities existed such as Ra, Anubis, Osiris, Isis, and Horus. The Greeks worshipped Zeus, Apollo, Aphrodite, Artemis, and the like. In Sumer, writings speak about the gods Anu, Enlil, Enki, Ninhursag, Utu, and others. And then the pantheon of Hindu gods is spearheaded by Brahma, Shiva, Krishna, Vishnu, Hanuman, and Lakshmi, which are but a fraction. Whence did all these characters derive? Is it all fiction, fallacy, or mythology? Did one God possess diverse personalities and traits and was subsequently identified via the dominant characteristics in various cultures and civilizations? Or did many gods appear to different cultures and civilizations?

From this questioning emerges the incessant debate between monotheism and polytheism as scholars from both sides of the divide present convincing arguments to prove one over the other. As was highlighted in an earlier chapter though, once our concept is flawed, so would our conclusion be in spite of whatever data or research is added to the equation; hence, an understanding of this concept is required before we can begin to make sense of it all.

Monotheism is identified as the worship or reverence of one God while polytheism refers to the homage of many. Having many gods, however, does not imply polytheism, and paying homage to one God does not infer that there is only one as with henotheism. Numerous biblical references attest to the existence of many gods implied and expressed. This polytheistic view was the generally accepted concept of early humankind.

Whether so inclined or not, inherent in our foundational belief system are deep seated religious overtones which shapes our societal culture. This culture lays the framework for our values and all that we believe. Not only does our beliefs and values shapes our attitudes and guides our behavior, but it also influences our biology, as well as our emotive and spiritual states, not withstanding it determines the collective consciousness of a society Most of these concepts and beliefs that we have accepted and which govern our lives have been handed down to us unconsciously from generation to generation without question minus any objective reasoning. This is primarily so for fear of consequences, consequences which for the most part are unfounded. The Third Testament is designed to activate thought process, to initiate questions in the mind of the reader so as to deliberate on what you have been taught to accept for generations. We ask questions but seek answers that can only be assimilated within our present schema, hence facts don't determine what we believe, it is what we believe which determine what we accept as fact. The Third Testament presents information, ideas and concepts that forces us to challenge our beliefs and what we have been conditioned to accept for years. It forces us to think, and it's contents cannot be disregarded by any true diligent seeker.

Defined as an enigma and divergent thinker, Gurman is a motivational speaker, Spoken Word Artiste, Educator, Author and Architect when it comes to transformation and empowerment. A perpetual seeker of the esoteric, Gurman have done presentations both in the USA and the Caribbean for policy makers, corporate leaders and students all with the primary objective of shifting paradigms.