One Girl’s Journey of Acceptance, Perseverance, and Growth 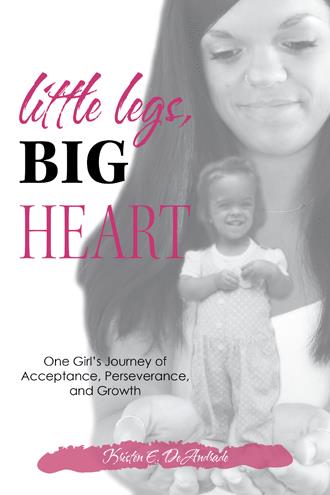 We all know it doesn’t work that way. Eventually, there came that time when I looked at myself in the mirror and wished that I was someone else, that I had a body that was proportionate and beautiful in the eyes of everyone. I looked at my life and told myself, “That will never happen no matter how hard I try. It’s just a dream. Not all dreams come true.” After Mom and Dad tucked me in at night and closed my door, I threw back my covers, got onto my knees, and prayed. Every night. I prayed hard. I would have one-sided conversations with God, “Why was I born this way? Why was I dealt such a difficult hand?” Was he listening? When you’re growing up, everything matters. You have to be like everyone else. Why does it matter? Because your “friends” say that it does. If they don’t like you, who will? Fear steps in. The fear that we won’t have any friends. We will be alone. We aren’t good enough. So, what is left? We have to change. Sadly, I started to believe what I once promised myself I wouldn’t. “Kristen, you can’t.” “No.” Fear told me not to own my emotions—that they would only make me weaker. When I was hurt, I hid my anger and sadness. The wall I was building in front of the real me was so high that I could no longer scale it. Fear was wrong; it always is. Why else would it stand for false emotions appearing real? While some people continued to confirm what fear had instilled in me, there were those who weren’t so resistant to my dreams. People fought for me. My parents. My brother. My family. My teachers. My friends. All of them. They reintroduced and consecrated the phrase “you can,” into my vocabulary. When I said, “I can’t,” they retaliated. “Kristen, you can.” It came down to two choices. I could give up and let others dictate my life—or I could keep going and fight for what I wanted. I was not going to let anyone hold me down. No one was going to extinguish my flame—no matter how much it hurt. June 3 was fast approaching, and I was ready. It has always been important to me that people know: my parents left me standing on an open field. They assured me support in any decision that I made, no matter which side I ran to. Honestly, Dad was pretty hesitant at first. He feared the possible complications of the procedure and arthritis as a result. Still, my internal compass was pointing to Dr. Paley in Baltimore. At twelve years old, when most of my friends were deciding whether or not to go to a private middle school, I came to stand at a crossroads. The surgeries were not a Band-Aid or cure for my dwarfism. The promise of correcting complications I was already experiencing and preventing future ones was my primary motivation. The added inches would make independence in an average height world accessible. There wasn’t a question or doubt in my mind that I was making the right decision. As one window closed, a very large door opened—and my strength of will was soon to be tested to the max.

For author Kristen DeAndrade, it doesn’t matter how long your legs are. You can only take one step at a time. Born with achondroplasia, dwarfism, she chronicles her personal journey of facing challenges and breaking barriers in Little Legs, Big Heart. Through diary entries from her childhood journal, combined with a humorously, honest narrative, she shares her sheer determination growing up in the face of adversity and undergoing multiple medical procedures, including extended limb lengthening, which she opted to brave at the age of twelve. Narrating both the physical and emotional challenges, DeAndrade offers a look at her strength in facing her challenges head on in a story filled with both integrity and interminable sass. Little Legs, Big Heart journeys through tears, laughter, devastation, and hope as it tells about a girl on a mission to find her identity. It gives a new perspective on life’s challenges and shows the world how to meet the varied demands of life with grit and grace.

Kristen DeAndrade is a writer, speaker, and advocate for those living in the face of adversity. Born with dwarfism, and believing that disability is only a state of mind, Kristen shares her journey of living in the face of adversity with anyone who needs reminding of their own indomitable will. Whether that means appearing on national television programs/networks, such as The Learning Channel and CBS Sunday Morning News, or speaking at local schools and events, Kristen is passionate about pushing herself out of her comfort zone and into your heart. Aside from writing and speaking about her life, she is a dedicated yogi who currently resides and shines her light in West Palm Beach, FL.