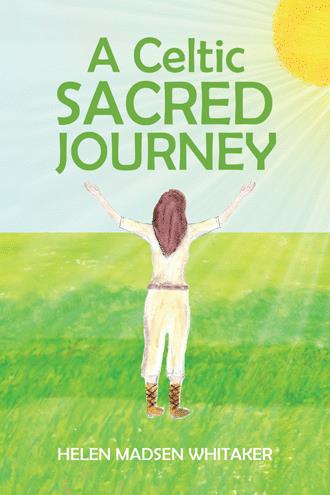 The world was headed for some very dark times in the next few centuries – the ancients and present day Druids had seen them in visions. The masculine attributes would take power and without the balancing provided by the feminine, many atrocities would be spread across the face of the Earth. This impending plunge into darkness was why the Druids and others well versed in The Way were diligently teaching as many initiates as would come to them. All paths to The Creator would be forced to go underground. Oral teachings and symbolism, as well as other cryptic methods would be the only way the teachings of The Creator would survive. There would come a day when the world’s people would seek out the true teachings in a mass move toward enlightenment. Until then, the sacred knowledge of the ancients must be kept safe and alive through each generation.

Bronwar and Caitlin, the main initiates in the story, find themselves experiencing the ancient, spiritual wisdom of many cultures as they physically, spiritually, and emotionally travel to sacred sites that have existed from time immemorial upon the Earth. Through this journey, they explore what spiritual concepts mean to the growth of humanity and to themselves as individuals.

Helen Madsen Whitaker, is the author of several published poems, essays and this book. She pursued her love of words by obtaining a B.A. in English Literature. She has always been fascinated by how words in a story form transport the reader to another experience of life and help that same reader journey into an inner-self exploration as well. A life-long nature lover, she makes her home among the mountains of Utah.