The Five Laws of Love

Enriching the Love Within 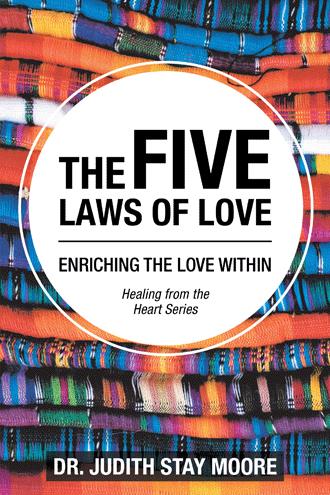 The indios Rosita saw at the mission seemed happy for the most part, as far as she could tell. They didn’t have to worry about finding food. Everything was provided. Maybe it wouldn’t be so bad for Carlitos. Rosita encouraged him while trying to convince herself that he would be happy here with El Padre and the other indios. But each day the heart of Rosita grew heavier, as she realized that her brother would be staying here with El Padre, and she would be traveling on with Gonzales, the small mexicano, who wanted to sell her as a servant to one of the rancheros or to someone in the Pueblo. El Padre tried to calm her by letting her know that Carlitos would be well cared for, and they would probably be less than a day’s walk away. But his words didn’t relieve the fear in her heart or the gloom in her brother’s eyes. A day’s walk away seemed like eternity, if she belonged to someone else and couldn't come. Early that morning she had been taken to something called a “bathtub.” It was filled with warm water and the mexicano told her to get in and wash herself. He gave her something called “soap,” which she had seen El Padre use when he washed. She used yucca suds at home for cleaning herself. The mexicano backed out of the door. This bathtub thing was something new for Rosita. She was used to bathing in cold mountain streams. The water didn’t feel right being so warm. But she obeyed, letting out her braids, and used the soap on her body and her long black hair. She laughed at the bubbles of the soap, and piled them on her body, playing. But she didn’t feel clean when she finished. The water was so dirty, and there was nothing else to rinse off with. She decided that she liked the soap, but not the bathtub. She had washed her dress of skins the night before and now put them on, but Gonzales had told her that her new family would probably have her wear a mexicano dress. Though her tribe grew cotton and the women spun cloth from it, it was coarse and she had always preferred the doeskin. She would miss the soft hide next to her skin. She wound her hair in the traditional Hopi buns on the side of her head, ready to meet whomever her new owners would be. All these new things were very unsettling. Today she would probably meet her new owners. She knew that she had no choice, and at the age of ten summers she knew father would expect her to have courage. So, she held her shoulders strong and her head high as she walked out of the mission. When the time came to leave, however, she clung to her brother, crying hysterically, and the wiry little mexicano had to forcibly separate her and carry her to the wagon, where he tied her feet together once more. She knew that she could not look back at the eyes of her brother, or her heart would tear apart completely. The dusty nine-mile road to the Pueblo was surrounded on both sides by mustard plants, which were covered in yellow flowers. If Rosita had been in a better frame of mind she would have enjoyed the ride through the gentle grassy hills. It was only a few hours before she looked onto her new home, a pueblo a little larger than El Pueblo de Tuscon, with whitewashed adobe buildings and a large iglesia. The caravan headed towards the church, and the road opened into a large square surrounded by well-kept large whitewashed adobe homes. The mexicano traders were anxious to accomplish the task they came for—to sell their wares—so they could enjoy the comparative luxuries they had missed on their long trek now that they had reached their objective. They set up a temporary trading post in the town square, and news travelled quickly among the poblanos [villagers]. A crowd gathered and started bargaining for the wares. Gonzalez grabbed Rosita’s arm and started walking her around the Plaza. “Una chiquita fuerza, inteligencia [a strong, intelligent girl],” he called, gaining the attention of the poblanos. Rosita later learned that forced labor of the indios had started over fifty years earlier by the Spanish soldiers and missions, however, when the Mexican government had gained their independence from Spain the Mexican government discouraged the slave trade of the natives. But it had been going on for years and, being so far from the central Mexican government, the free labor was too tempting stop. One of the women who were looking at the fabric the traders had brought spoke to her aunt, who lived with her. “We need another girl in the kitchen. She looks cleaner and stronger than the natives around here. She is young enough that you could train her to do things the way you like, if she is smart.” The woman spoke to her husband, who examined Rosita and spent a while bargaining with Gonzalez. Silver changed hands, though Rosita didn’t know how much. And the woman took her to one of the Pueblo’s finest homes on the north side of the Plaza and brought her inside. Rosita had just become the newest member of the household of Don Tiburcio Tapia and his new wife. The Don was a past soldier, a businessman, and currently the mayor of El Pueblo de Los Angeles.

Inspiring, riveting and unflinching, author Dr. Judith Moore takes the reader on an epic emotional journey with a Hopi girl and her brother from the mesas of northern Arizona to the Pueblo de Los Angeles. Moore weaves a tale of diverse cultures, religions and beliefs while the characters learn through their experiences how to increase in love, forgiveness, joy and gratitude. In The Five Laws of Love, Moore offers a juxtaposition of memoir, fiction, psychology, and religion to show there is more about each of us that is the same than that which is different. By knowing how we are the same and honoring our differences, she teaches how we can grow more in our love for ourselves and others. Through meditations which can be downloaded, the reader can learn more deeply how to live the Five Laws of Love and find greater joy and peace in this life.

Dr. Judi lives in a log cabin called Shiver Me Timbers in the mountains above the small mountain village of Midway, Utah, in the beautiful Heber Valley. She is an osteopathic physician and medical director of the Diamond Spring Wellness Center in Midway. She specializes in treating chronic and difficult cases, looking for the cause rather than simply treating the symptoms. She treats both physical and emotional illness, as she feels the mind and spirit affect the body and vice versa. Dr. Judi is mother to seven children, grandmother to twenty, and great-grandmother to one at the time of this writing, and she expects her prosperity to continue to grow both in numbers and in love.