Behind the Open Door

The Book of Light 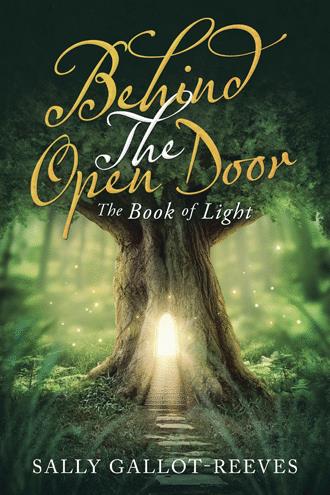 Cassie was deep in dream sleep traveling with Patrik when the motion stopped. She opened her eyes to find that they were far away by the crystal stream between the same two trees where she had been found by her father. The forest floor was filled with light and the scent of earth, moss, and pine needles. “Is it morning?” No … Patrik whispered rising up on all fours. We are illuminated by the energy in the crystals, energy light from the moon and stars and the universe. Come this way, Cassie, follow me … Cassie stood up on the soft ground beneath her. “Are we going to see Epona again?” Yes. She has been calling for us. She is in need of our help. They walked deeper into the woods following the streambed and the glistening crystals eagerly awaiting their next instructions. She trusted Patrik knowing that he knew well this place he called home though he had not been there for many years and because he traveled so freely. She believed she would always be able to go home. Cassie floated with Patrik to a place of different energy levels. The environment was the same; the trees and flowers weren’t different, but the color of the air and the energy changed as they traveled. We are progressing along the crystal energy through the dimensions, Cassie, a little nearer to the dimension in which we will find Alkaleia. We are being asked to build a connecting bridge between the spaces, a bridge that will unify what was one before. What does that mean? Cassie asked. Why does it need a bridge? Did a bridge fall down? The bridge we are rebuilding is not made of materials familiar to you. In the past, Cassie, the pathways for communication and transmutation were open. Now, they are blocked by things in the earthly world that obstruct connections of all types; powers of the mind and body, the physical self above the spiritual self. I became separated within those energy barriers. I was separated when the fire of the salamanders was used for evil purposes and my master was not able to fulfill his life purpose. We are being asked to continue that work. 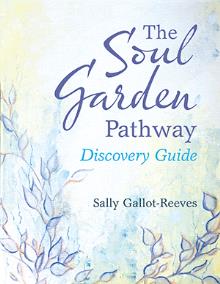 Behind the Open Door, The Book of Light, is the first work in a five part series, unveiling the life of eight year old Cassie Murphy, a highly gifted and telepathic child and her invisible dog-friend Patrik. Cassie has unique abilities which uncover the secret past of their home in Maine and its connections to the elemental kingdom, the vibrational forces of nature, and the Angelic realm. Cassie’s talents and behaviors are not well understood, and the story revolves around the two worlds she lives in: her experiences within the dynamics of her family, school and social spheres; and her adventures with Patrik through portals to multiple dimensions. The Book of Light is a magical and delightful story which creates a passageway to open our minds and hearts to envision a world beyond the present, a world of acceptance and connective enlightenment.

Sally Gallot-Reeves is a spiritual gardener planting seeds. She is the author of the Soul Garden Pathway website and their daily blessings sent out to the world. Her first publication, Between Shifts, is a collection of vignettes in poetry drawing inspiration from her years of nursing service to patients, families and clinicians. She was awarded the 2018 Albert Nelson Marquis Lifetime Achievement Award for her achievements and contributions in healthcare as a leader and mentor and continues to work with non-profit organizations to assist them in achieving their goals. Born in New England, she resides in New Hampshire where she continues her literary work and creates sanctuary space for all living things. You may visit her website and contact her through www.soulgarden pathway.com