The Set of the Soul

An Allegory for the New Age 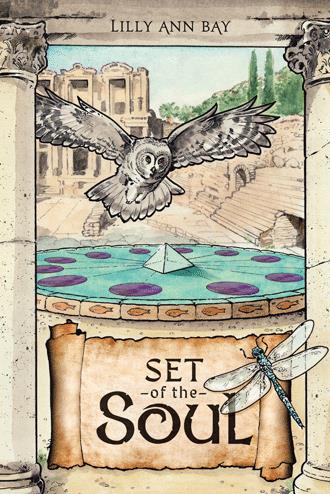 The new crescent moon offered a faint light in the cloudy early morning hours. The moon's slight glow backlit an ominous swollen black mass. The inky cloud slowly swallowed the weak moonlight rays as it met them along its path. The blackness swirled about in the sky like an enraged thunderhead, blotting out the tiny pinpricks of starlight. The murky mass contained an all consuming appetite. The need to satiate its hunger emanated from the inner depths of this meanacing cloud. There was a terrible stench as an increasing desperation left a foul trail following in its wake. Deep within the recesses of the tarry mound, four immense red eyes swiveled about. The eyes were unblinking and were intentently focused in the separate directions of the compass. They had but a single purpose as they gleaned information about everything that passed by on the ground below. The creature encased within the pitch black airmass was constantly analyzing...evaluating...searching, scanning, seeking. Repeatedly changing in shape and size as long twisting tentacles of sooty black smoke crept out from its outer border. The tendrils stretched down toward the earth in an effort to catch any scent in the air close to the ground. It must satisfy its needs soon if it were to remain in this new world.

Twelve companions are brought together to fulfill a formidable quest. Their only chance of success lies in the equal participation of all twelve members in order to overcome an evil entity within their midst. Their journey is fraught with adventure and twists at each step of the way. The final battle will take place in the ruins of an ancient city. Can a group of twelve work together and win the day? The continuation of their world as they know it depends on the outcome.