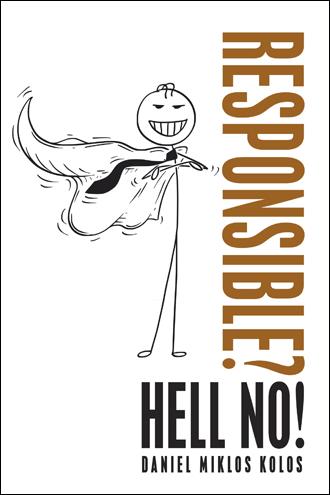 What Happened: The Facts When I was four years old, my parents went to a resort for a week and dropped me off at my grandparents’ apartment. This was in post-World War II Budapest. I adored my grandmother. She had taken care of me for most of my life and was my ally when my mother was out of sorts. My grandfather was a shell-shocked World War I hero. He coped with his pain by drinking too much slivovitz pálinka, a distilled plum brandy he called a “heart strengthener.” Upon my arrival for this visit, they immediately asked the neighbors to send their four-year-old daughter over to be my playmate. The neighbors were delighted. My grandfather took us across the street to the Ludovika Gardens. He sat on a bench and conversed with other men while the littlegirl and I climbed the low-branched trees and found comfortable seats across from each other. It was a warm summer, and all we wore were white cotton underpants. Before long, I began to imitate other preschool boys I had seen on previous visits to the park. They would pull one side of their underpants up when girls passed by with their grandparents. When I did that, my new friend giggled. Then she pulled up one side of her panties. This time, I giggled. My grandfather looked up, but by then all was back in place. The week passed with lots of visits to the park. One cloudy day, we remained in my grandparents’ apartment. The little girl and I decided to get married. We didn’t know anything about sex, or romance. All we knew was that adults discouraged us from looking at each other’s genitals. Of course, this made us curious. And our idea of marriage was that once you married someone, you were allowed to do that. We entered my grandparents’ large, Victorian bathroom together. In the dim light of a single light bulb, we ceremonially took off our underpants, held hands, and walked up and down the bathroom looking at each other’s genitals. We were solemn and quiet. Perhaps wanting to use the bathroom, or perhaps looking for us, my grandmother suddenly entered the bathroom. She took one look at us and contorted her face. She began to yell and scream insults at me. She took a hold of me and spanked me. She made us put our underpants back on and then sent my friend back home. I was never allowed to see her again. The Feelings, Interpretations, and Consequent Beliefs My world was shattered. My grandmother—my friend and ally—had turned on me. I felt betrayed. Betrayal, however, is an interpretation. When I told this story in two separate Compassionate Inquiry therapy sessions, I could not “feel” an actual feeling associated with my relationship with my grandmother. However, I could feel shame and humiliation from receiving the beating in front of that little girl. That day, I went back into the living room where my grandfather was sitting. When I started telling him what happened in between my sobbing, my grandmother yelled and screamed at him as well, and accused him of being the cause of it all. At that time I had no idea why she would accuse him in that way. But now I know that my grandmother was not upset about what I was doing. She lost her temper and control because of what had happened to her at the hands of my grandfather. As an adult, my mother told me about all the terrible abuse, pain, and humiliation my grandmother had to endure during her marriage to my grandfather. One lifelong response that became clear from this incident was that every time I found myself in an intimate situation with a woman, I was expecting to be punished—even with my wife. I expected to be punished even when I had done nothing wrong! Connecting with My Anger My second Compassionate Inquiry practitioner did not let me get away with just interpreting what had happened in that Victorian bathroom. She insisted that I stay with the feelings I’d had immediately following the beating in the bathroom. I did and I became very emotional; my entire body buzzed. Tears came to my eyes. In spite of these body sensations, no words came to my mind, so mypractitioner changed tactics. She asked me, “As an adult, reflecting back upon being beaten for innocently playing house with a little girl, what would you say?” I had an immediate response. “WTF?” The practitioner became enthusiastic. “Exactly! Now say it three more times, and say it as if you meant it!” So I did. “How do you feel now?” my practitioner asked. I said, “I feel good!” “Yes,” she said, “you feel good now, but how does that child feel inside you?” I felt nothing. The practitioner had to prompt me. “Would not that child feel peeved?” It was only then that the word angry came into my mind. I said, “I felt angry! I would have had every right to feel angry!” Then slowly, in shock, I began to feel these waves of anger and pain wash over me. My anger was so repressed that for seventy years I would brag that there was no anger in me. Yet every two or three years, I would inexplicably explode into a fit of anger! The Compassionate Inquiry practice continued to prepare my adult mind to accept my four-year-old child’s pain and anger, to develop healthy and useful coping mechanisms, and to reconnect that repressed memory to my developing authenticity.

This book is about messing up and getting over it. Like the time he got orders to go to Nam, showed up on a Friday night and other than the desk Sergeant the barracks were empty. By then he was in the army long enough to notice that practically no one worked on weekends, so he left and returned Sunday night. The barracks were still empty. But the desk Sergeant was there so Daniel asked, “Where is everyone?” He said, “In Viet Nam. Where were you?” “In Philadelphia,” Daniel said totally innocently. “You went AWOL! I could send you to Leavenworth for that,” and he stared. “OK,” Daniel said and waited. “What the hell,” Sarge said, “I’ll send you off with the next group.” Daniel went to study ancient Egypt with VA support, and had a prof whom he could not talk to. His heart would double its speed, his mouth would go dry and he would forget what he was going to say anyway. Why? This book is all about Daniel’s adventures and how he learns to cope