One Woman’s Journey to Find Peace after Trauma

by Patti A Williams 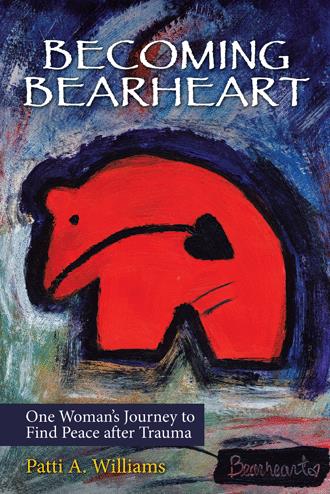 Sometimes, it takes profound change to move us forward, out of our comfort zone, and into the place where true wisdom lies. However, when this change comes in the form of a traumatic event, it can shake the very foundation on which one has built trust and security. In a gripping memoir, Patti Williams chronicles her life from the horrifying moment in March 1986 when she learned her mother had been murdered through the aftermath as the world she knew slowly began to fall apart. Overwhelmed with profound feelings of loss, heartache, and abandonment, Patti embarked on a spiritual journey that took her to the deepest, darkest places of her soul where she had to courageously battle to find her way back into the light and onto a path of peace. Led by the spirit of her mother, Patti discloses how she eventually connected with her inner-warrior to rediscover her personal power, the meaning of self-love, and ultimately her true life’s destiny. Becoming Bearheart is the inspiring true story of one woman’s journey to connect with the strongest version of herself and heal from personal trauma.

Patti Williams is a Gestalt-focused Marriage and Family Therapist, a Human Rights activist, a Motherless Daughter, and a self-proclaimed tree-hugging dirt-worshiper. Patti holds a bachelor’s degree in psychology from California State University and a master’s Degree in Counseling Psychology from Naropa University. She is a certified Victim’s Advocate who has served with the Boulder County Sheriff’s Office in Boulder, CO. She was previously published in Feathers Brush My Heart, a book of short stories by author Sinclair Browning. She has been on the ID channel’s Nightmare Next Door and Forensic Files discussing how her mother’s murder continues to impact her life in an attempt to keep the case in the news, and her mother’s killer in prison. She lives with her husband and two dogs in Central California near her beloved Sierra Nevada Mountains. This is her first book. becomingbearheart.com https://www.facebook.com/patti.williams.5283166 PattiWilliams@BecomingBearhrt