What Our World Needs Most 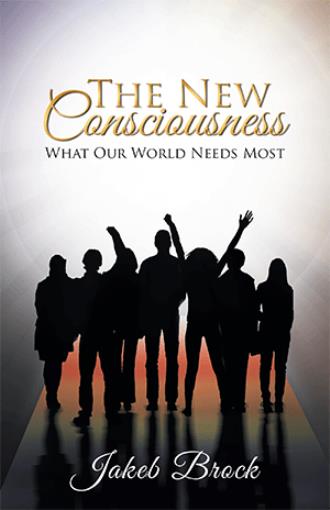 Jesus’ giftedness and power had their source in his state of consciousness—a consciousness expressive of the full revelation of man’s potential for being reconciled to and united with God. He never intended that this highly evolved state of consciousness be construed as exclusive and belonging only to him. In fact, this Christ consciousness, while perfected by the man Jesus, has been attained by numerous others throughout this age of Adam. These others have come from different lands across the globe. Like Jesus, their lives were primarily testimonies of the power and presence of God—a power and presence that transforms any and every individual human experience it touches. Thus the signs and wonders that Jesus performed as the validating proof that this state of consciousness was God-union realized were also performed by the others. And the teaching of these masters was also of one accord. What is this teaching? Precisely that the state of consciousness that they were moving in is attainable for all men and women. It is, in fact, our ultimate evolutionary destiny as a species. To attain the revelation of our true destiny of oneness with God—both as individuals and as a species—sets us free from the dualistic materialistic Adamic consciousness that has dominated human experience for at least the past six thousand years. This darkened consciousness has been the cause of every malignant aspect of human life—the strife, discord, war, disease, poverty, and death. Adamic consciousness has built the world that we have inherited. And who can deny that it is a world rife with suffering and misery? Consciousness produces outward conditions according to its kind. This means that there can be no true and lasting change for the better in our world until there has been a true and lasting change in the collective consciousness. Therefore though our attempts at healing our world symptomatically may be well intended, they are inherently misdirected. When we try to patch up the outer picture without tending to the necessary inward transformation, we put the cart before the horse. Whereas, if we would see to the evolvement of our collective consciousness as a top priority, all the outward changes we have been yearning for would follow of their own accord. Jesus gave credence to this truth, when he said, “Seek ye first the Kingdom of God, and all these things will be added to you.” (Matthew 6:33). To seek the Kingdom of God first is to focus our attention primarily on the realm of spiritual consciousness within us. This is really all that is required of us.

The new consciousness is a streamlined spiritual perspective on life whose time has come at last. It is not a new religion or sect; neither is it a cult or a fad. It has no doctrines or creeds. Rather it is a bulwark of impersonal realism and truth that authoritatively, yet gently, displaces all forms of ignorance and superstition in the same manner that light dispels darkness. When light shines in, darkness does not need to be overcame or fought against. It is merely banished and forgotten. In the same way that there is no battle, there is no lingering condemnation or shame. In so many ways, human civilization has advanced beyond our highest ideals and expectations. But when it comes to the pursuit and practice of spiritual truth, we have remained remarkably stunted and stagnant. Ignorance and superstition have proven to be tenaciously resilient. Paradoxically, despite their archaic origins, they have been carried over right into this modern technological age. The dawning of the new consciousness marks the beginning of the end for these stubborn, archaic ideologies.

Jakeb Brock has been a serious student of spiritual-religious truth teachings for over 40 years. His strong testimony of faith developed slowly and foundationally through his own experience of putting into practice the truths he had learned. Therefore it is a faith that trancends a mere blind faith. Based squarely on universal law, such a faith testimony crosses over into the realm of “what is” rather than that which is merely hoped for. Thus his emphasis as an author-teacher is clearly on man’s present potentialities rather than on some mythical future glory. Jakeb currently makes his home in Mendicino County, California.