How to Become Intuitive 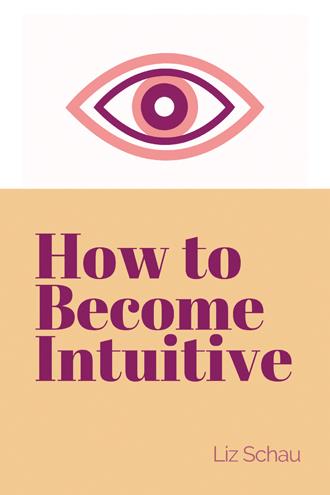 I believe we are living in a time in which understanding the truth is of great importance, but it is also a difficult task. The world grows more erratic and polarizing by the day, and yes, it is a sign of the times. fiFake news,fl fialternative facts,fl and pressure on dissenting journalists have become daily mainstays. Everywhere we look are public relations campaigns disguised as unbiased information, social media and television distracting us from our true purpose here, world leaders feeding us the fipalatablefl version of events, smear campaigns that happen in a split second because someone had an opinion the masses didn™t like, and there is a near-constant finger-wagging and public shaming for those who think for themselves. Planet Earth is rife with systems of judgment and punishment, and we have all been asked to fiplay a partfl to avoid the shame of being a free-thinker. In fact, these things are nothing new, as I hope to show you in this book, but now it is certainly intensifying. Because of the great feminine awakening fiascensionfl process Earth is currently undergoing, karma is finally catching up with people who have acted out illegal or immoral behaviors but were never brought to justice. In fact, karma is coming for us all. While it™s disheartening to see how many injustices have been committed, it is absolutely thrilling to see the undoing of evil before our very eyes. Truly, no one is safe from the skeletons of the past seeking them out until the truth is exposed, believed, honored, and rectified. This should be an exciting time for you too. There is finally a foothold upon which to act and to become unabashedly intuitive. While intuitives have been punished in the past for their gifts, more and more people are opening themselves up to holistic spirituality and alternative health practices. More women and children are finding their voices. More victims are coming forward to say fiYes, me too.fl The hopeful are rising against the hopeless, the empaths against the narcissists, and the brave helpers are finding their place in the world despite the fear. The seal has been broken, and unpleasant truths are coming to the surface to be dealt with finally. Those who are intuitive and, therefore, able to perceive the truth, will have an edge in this planetary awakening and ascension. When we don™t believe the reality of what we have seen, lived, and felt, or when we are consistently talked out of it, we can become paralyzed with self-doubt, insecurity, resentment, anger, frustration, despair, and physical ailments. Cognitive dissonance -- that is, the state of having inconsistent thoughts, beliefs, or attitudes that we have a difficult time integrating -- acts as a cloud over daily life and keeps us small, sick, subservient, feeling chaotic and directionless. You may wonder if your life has a purpose and question why you are here to begin with -- and this is no way to live. I say this because I have been there. In fact, for thirty-two years of my life I lived in the false realities that others created for me, and I obeyed in order for other people to remain comfortable. I did everything I could not to rock the boat, and they did everything they could to keep us all blind. Only when I became utterly physically and emotionally sick did I stand up and say, fiNo more -- we all need to face reality.fl If they weren™t going to join me, I would go at it alone. Becoming intuitive is a process, a bit like peeling back the layers of an onion. You have to fipeel backfl things that prevent you from tapping into your gut instincts: abuse and trauma, wounds, lessons left unlearned, projections, societal programming, negative mindsets, physical ailments, fear of going against the groupthink, and more. If you go into this process understanding that there are many layers that require being stripped away, it won™t feel so laborious. That™s not to say it will feel easy, but you also can™t expect it to happen overnight. Becoming intuitive requires we surrender our whole selves to the greater good that the Universe desires for us. In order to become beneficiaries of that greater good, we have to release that which is evil, painful, and wrong. Whatever has been done to us, to humanity as a whole, or that we have done to others and ourselves must be repaired. We can only peel one layer at a time and shouldn™t be hard on ourselves if that peeling takes a few weeks, a few months, or a few years. It takes as long as it needs to take. See, in order to perceive the truth, you must take a step back and interpret all that you have experienced in your life. You must begin to look at the world as though everything has meaning and is a piece of a greater puzzle you are here to solve. If you live as though life should be a straight line to the top, then you will miss the clues. Only when you are observant enough and reflective enough to process the fiodditiesfl you have lived can you begin making associations about what it all means. In other words, if you don™t understand there is a rhyme and reason -- a system, if you will -- you will never be able to overcome the system. You will never be able to see that you have been asleep most of your life (in fact, we all have been) or why you were forced into an amnesic state in the first place. Becoming intuitive not only teaches you there is rich meaning in life but that nothing happens by chance, and it is all connected to a larger system that we had no clue we are participants in.

We live in a painful, chaotic world that grows more erratic and polarizing by the day. This reality is full of wounding, chakra imbalances, karma, and illness swept under the rug, “dumped” into the recesses of the subconscious mind -- or body, never to be acknowledged again. But there is a place deep inside of you that questions what is real. There is some strong resonant chord that feels the truth despite being talked out of it. This chord of truth has never gone away, despite everyone’s best efforts. How to Become Intuitive is a groundbreaking, heart-centered, step-by-step guide that teaches the reader to access and trust her first instinct. It illuminates the historical and spiritual control dynamics that have kept humans from trusting their intuition, and how to become whole, divine beings able to perceive truth once again. You will learn the hidden reasons you have never fully trusted yourself -- or been allowed to. You will learn the psychology behind the oddities you have observed and felt. You will understand the battle between good and evil that is taking place before our very eyes but that most are asleep to. You will also discover the inter-connectedness between your subconscious feelings, observations, and experiences, and the fifth-dimensional, metaphysical translation of such occurrences. Not only will you learn to liberate and heal yourself from all past and present falsehoods that have kept you imprisoned and sick, you will also learn to “read” yourself and others for the spiritual meaning behind human behavior and appearance, illness, historical events, and supernatural and astrological phenomena that surround us daily. By tapping into your intuition once and for all, you become the person you were born to be and self-actualize to your greatest potential to heal yourself, others, and the world.

Liz Schau is an Intuitive Healer born with the ability to see beyond the “veil.” Specifically, she is a body and soul reader, able to identify the physical or emotional blockages keeping a person sick and stressed. She has helped numerous clients put illnesses into remission, and she also reversed her own autoimmune thyroid condition a decade ago. She is a nutrition school-trained Certified Holistic Health Coach and the former Wellness Coach for Amy Myers, MD where she was trained in functional medicine therapies. You can read more at www.LizSchau.com.