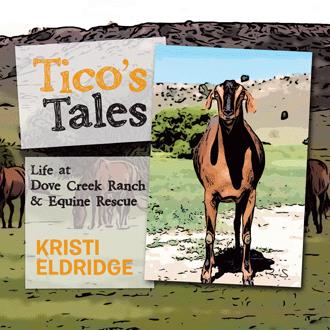 I could then hear chuckling from the man, “Well hello there Walker, good to see you today too,” and then he quickly patted Walker on the neck and walked past him toward another horse. I could not help but hide a little giggle. Walker was determined and was right on Mr. Frank’s heels in a second. Then to really get his attention Walker decided to reach up and grab Mr. Frank’s hat with his lips and lifted it right off of his head. My mouth fell open as I thought to myself; I can’t believe he just did that! However, Walker had a plan to get Mr. Frank’s attention and it was actually quite brilliant as I watched it unfold before my eyes. You see when Walker took the hat of course Mr. Frank turned around to try and grab it back, but Walker was quicker. He kept that hat just out of the reach of his fingers leading him ever so slowly back to the gate that enters into the barn. What a smart horse, I thought as I chuckled to myself. He wasn’t going to give up until he received Mr. Frank’s attention. Of course, by now Mr. Frank’s face had turned a shade of red as he was a little upset that his hat had been taken. When Mr. Frank came to the gate and saw Walker waiting patiently with his head hung over the fence and a hopeful expression on his face, he couldn’t help but smile. Suddenly I heard him laugh and say, “Well Walker, if it means that much to you, I’ll take you in the barn and see what you can do.” Now folks, I’d never seen a horse smile quite like Walker did at that moment, he was even showing all of his teeth he was so happy. After getting his hat back, Mr. Frank slipped his halter over Walker’s head, took him in the barn, and put a saddle on him. Of course, I being a curious goat had to go in and see what they were doing; a goat like me has that privilege. I peeked over the edge of that round pen and that smile was still plastered all over Walker’s face. I said “Well my friend, I hope this leads to that dream you want so much.” Then you know what? It did happen!

Tico, a lonely little goat, without warning moved to a new home at a horse rescue ranch! From having no friends to boredom and sleeping all day, Tico is excited with his new surroundings and decides to become the best friend of all the new horses in his life. Some horses are friendly and skilled, and some are deeply afraid and even physically damaged, but Tico brings his big heart and humor to good use in helping his new horse and people family while learning how to really enjoy life! If you loved Charlotte’s Web, you’ll find that Tico’s story is one terrific story!

Kristi was born and raised in Dexter, NM and developed a love of horses on her family’s cattle ranch growing up. She earned her Bachelor’s Degree in Equine Industry and Business from West Texas A&M University in Canyon TX, and also studied for her Master’s in English Literature there as well. During the week she works as a large animal veterinary technician, but always tries to find time to write around her job. Currently she lives in New Mexico with her husband JT, a small herd of cows, a horse, a German shepherd, and a fluffy Siamese cat whom all provide wonderful inspiration for stories and poetry.