She Made a Difference 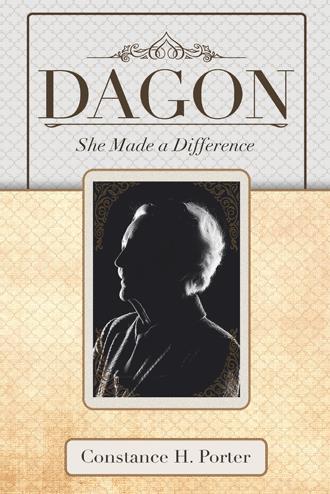 Gladys, however, was seldom successful when she cooked a meal. One day on a weekend, she started to make pea soup using dried peas. She put the dried peas in the cooker with some seasoning and water. She was in a hurry to cook the meal, so she used the pressure cooker which she placed on the gas stove burner. Gladys was impatient, so she turned up the flame high to warm up the pot and build the pressure. When the pressure was high enough, the excess pressure escaped through the pressure regulator. The regulator would shake when it released the excess pressure. Gladys left the kitchen after she turned the gas burner to high. The pressure within the pressure cooker started to build quickly. Gladys already forgot she was cooking pea soup. She sat down with her book; soon, she was engrossed in the story. After several moments, Boom!!! Whoosh!!! The pressure regulator flew off the cooker and hit the ceiling. Partially cooked pea soup spouted from the vent pipe. It shot so high there was pea soup covered part of the ceiling. The wall behind the stove was coated with half cooked peas. The top of the stove was a mess. Everyone ran to the kitchen when we heard the noise. Dagon turned off the burner under the pressure cooker. Joseph ran in the room and asked if anyone was hurt. 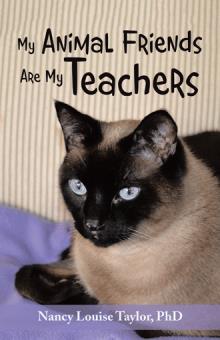 My Animal Friends Are My Teachers
Nancy Louise Taylor PhD
$8.99

Constance H. Porter grew up hearing stories about her family history. Her grandmother taught her about love, compassion, kindness, and forgiveness; these lessons became the foundation of the person she is today. In Dagon, Porter pays tribute to her grandmother, Dagon. This memoir narrates the grandmother’s life story, sharing how she got the name “Dagon.” Born in 1875, her parents died three years later, and she was adopted by an uncle. She lived through marriage to a conservative minister, cared for children, moved to a different state when her husband retired, and relocated across the nation after he died. She lived in her son-in-law’s house for more than twenty years. Despite the changes and challenges, Dagon never lost sense of who she was. Dagon chronicles the grandmother’s commitment to her values, ethics, and core beliefs and her never-failing demonstration of unconditional love.

Constance H. Porter grew up in working-class family in Los Angeles. She now lives in southern Nevada and works as a healer and storyteller. Porter spends time writing every day with her companion, a Siamese cat who watches her type.