by Deborah A. Bouley 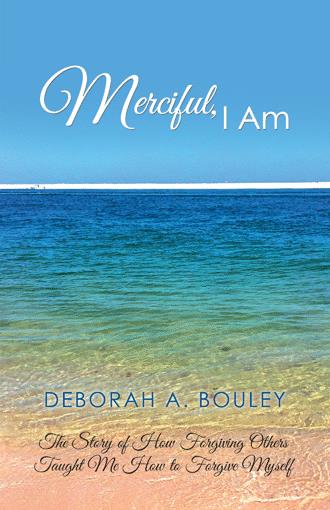 “Dad would come through the front door with a smile on his face and a pile of cash in his pocket. My mom would sit across from him at the kitchen table and I, placed between the two of them, would watch as he counted his money three times. He had to be sure that he had the right starting count. Each week he would ask my mom how much she needed for food shopping, and every Friday Paycheck Meeting she would tell him the same amount. He would count out the money for the food and place it in a stack on the table. He would ask about other spending categories and count out those totals. Spending categories were basic needs like food, shelter, electric, gas for his car, etc. He would then recount the piles two more times to make sure the count was correct. Sometimes he would make a mistake, and then he would put all the money back together into one pile and start over. Start overs were bad because they made him angry. If he had to do a double start over, he would almost weep in frustration. I would sit on the chair and pray to God that we wouldn’t need a start over. “

Merciful, I AM is a first novel written by the author. Written from a perspective of an adult recalling a childhood, it is a heart wrenching and brutal account. I cried for the small child with no voice and no support and applauded the woman warrior that has emerged! Voice is a powerful weapon! The book is a metamorphosis of love and forgiveness – of self and of others. I recommend that you read this book and keep a box of tissues nearby! —Lorraine Uhlmann Deborah Bouley, has taken her powerful story to allow others to see there is a choice that we can make to free ourselves from pain, fear, and old patterns of behavior. In her story, Deborah takes us to a place of reparenting,renewing, and relearning our worth so that we can stand in our power to manifest our heart’s desires. This is the power of knowing, not only who we are, but whose we are. —Rev. Carmen Pilar Gonzalez Open your heart to a moving story that brings you through depths of shame and guilt and moves you to the discovery of enlightenment, truth, and love. —Patricia S. Lane Ms. Bouley candidly speaks about her wholeness and wellness journey of over forty years. She attests to the power of her faith in God and her never-ending belief that she could ultimately help others. Merciful, I Am shows how to forgive those who hurt us and transform pain and suffering into personal resurrection.

Deborah A. Bouley, MsEd has taught in an inner city school district, touted as the gang capital of the state, for several years. Prior to teaching, she worked in corporations in various financial and administrative capacities. She holds a Black Belt in Soo Bahk Do, and recently earned certification as a Yoga Instructor. She is the mother of two grown daughters.