THE LAST MAN SHE’LL EVER DATE 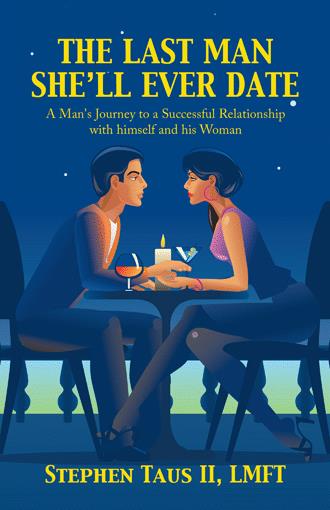 CHAPTER 1. OWN YOUR SHIT AND PLAY TO YOUR SIZE In this chapter, I will convey the importance of embracing your masculine power. If you deny who you are at your core, you will never be happy. If you’re not happy, don’t think a relationship with a woman is going to resolve that. One day at recess when I was in 4th grade, my buddies wanted to play tackle football. This wasn’t allowed at our school. At the time, I was one of the biggest kids in my class, so I was eager to get on the field. The game started, we were having fun and boys were being boys. As things heated up, I felt my competitive edge and desire to win. The score was tied and there was only a minute left before teachers rang the bell signaling the end of recess. On one of the final plays, my friend Clark on the opposing team received a hand-off and darted across the field toward the end zone. I chased him and tackled him before he could score. I raised my hands in the air, so excited that I saved the game for my team, and also proud of myself for making the play, until I looked down. On the ground was Clark, tears streaming from his eyes, his face red. He was humiliated, angry and hurt. The teachers ran over, shut down the game and with Clark, accused me of playing rough. In this moment, my excitement and pride turned to shame and remorse. I realized that my size was dangerous. It caused pain in others. I didn’t want that. I doubted what I had done and the decision I had made. This was a major turning point in my life. From this point on, I made a conscious decision to shrink and play small, in fear of hurting or upsetting anyone ever again. Many events like this followed. As I began dating through the years, a problematic common thread was my inability to really own who I was, what I wanted and what I needed, out of fear that if I flexed my true size, whoever I was dating would get hurt. For example, let me tell you one of many personal stories about how I collapsed my size to please my ex wife. Let’s call her Jill. One Friday night, before we were ever married, Jill and I were hanging out at her dad’s house and I told her I could only stay until 5 pm because I had committed to going out with some guy friends. As it got closer to 5 pm, I told Jill that it was time for me to hit the road. She got upset and didn’t want me to leave. I didn’t want to upset her like I upset Clark on the football field. So immediately I started shrinking, flaked on my friends and decided to stay the night. What did this do? For me, it was another time where I gave away who I was and what I wanted in order to not see somebody in pain for what I perceived to be my wrongdoing. For Jill, this informed her again that all she had to do was act a little upset to control me. She began to see how weak I was and how easy it was for me to be manipulated. In hindsight, I believe this is one of the major reasons why she had an affair. Women don't want pushovers. They want men who can stand tall and embrace their masculine power. They would rather a man who can honestly say no than a man who begrudgingly and fearfully says yes. And no man wants to feel smaller than he really is, so don't sell yourself short. Stand in the fullness of your true size. Don’t collapse or shrink yourself. Own who you are, what you are, what you need and what you want. Being a people pleaser isn’t going to get anyone to respect you. The only way to get real respect is by respecting and embracing yourself.

This book is written primarily for men but may be useful to a female reader as well. The book aims to encourage a man to really be his true authentic self. The book serves the purpose in encouraging the reader not only to know that they are great but that deeper greatness is within them . The book guides the reader on how to go about aquiring and having a great relationship. Ultimately, this book is about reclaiming your true, authentic masculine self and getting the life and relationship with a woman that you really want. The great women of the world are waiting for you, this book just offers some tips on how to get there and stay there a bit faster.

Stephen Taus is a Los Angeles based Licensed Marriage & Family Therapist whose been in private practice for over a decade. He has helped hundreds of men and women create greater long lasting relationships and more importantly help couples save relationships from divorce. His therapeutic approach and style is dynamic, fresh, heart felt and straight to the point. Beyond that his other areas of expertise that extend beyond relationships include treating addiction, depression, and anxiety. In his off time Steve enjoys spending time with his wife and family, pursuing his health and fitness and exploring through travel