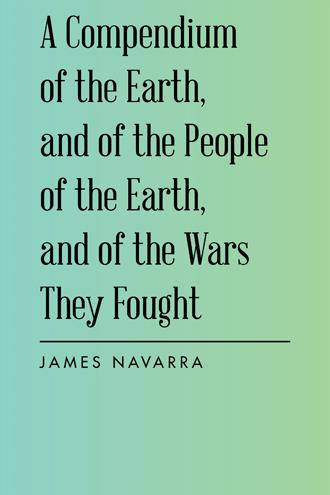 So, Napoleon rushed back from Spain and quashed the conspiracy against him in France and he forgave Murat for the sake of Caroline. And he met the Austrians in battle at Wagram and he defeated them, but he was wounded in the battle. And, at the peace table, there was another attempt on his life, and an assassin tried to run him through with a blade. So, now, Napoleon was more desperate than ever for an heir, for if he had fallen under the assassin’s knife or he had fallen in battle, his army would have disbanded and his generals would have warred with each other and his empire would have collapsed, for he still had no heir.

Since the dawn of mankind, there has been war. And though the cause of each may be different, all have one thing in common—the quest for power of one man or group over another. Explore the entire history of human warfare from the very beginning of humanity to modern times and beyond and witness a lust for power that has not diminished with age.

James Navarra contributed to his high school literary magazine and served as its editor in his senior year. He has been writing ever since. After graduating from Roxbury High School in Roxbury, New Jersey, Navarra attended Dover Business College, where he studied computer electronics. He has been working in manufacturing for his entire career. Navarra has published the science fiction book The Search for the Krxra.