How the Church Can Save America 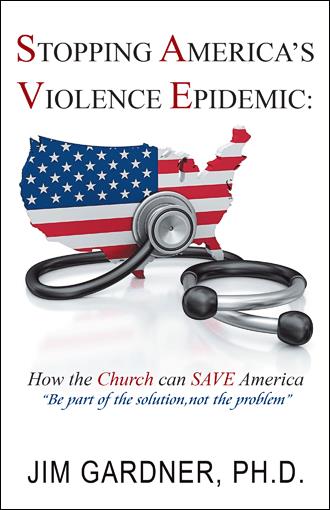 There is a violence epidemic in our country today—and it is growing. Every time another mass shooting occurs, the media and politicians erupt into another volatile debate over the cause of the escalating violence. Some blame it on guns and call for gun control, and others blame it on mental health and call for more investment in mental health services. In Stopping America’s Violence Epidemic, author and professional counselor Dr. Jim Gardner argues that the underlying cause of this pervasive violence is anger, which is often aggravated by painful feelings of grief. Having worked with many violent individuals in his professional life, Dr. Gardner explains how mental health professionals do not know how to help people with their grief and anger, and he proposes a simple, faith-based way to resolve anger and grief. Churches can be at the forefront of this approach, using these principles and teaching them within their communities. When churches do this, it will lead to radical changes in them and in our society. The government, politicians, and the media will never be able to stop the violence epidemic in our country—but the Christian church can. With a powerful, faith-based way for people to overcome their anger and grief, the Christian church can lead the way and show the world how to use prayer to release its anger and grief.

Jim Gardner, Ph.D., has been a licensed professional counselor for over forty years, and he has worked in mental health centers, prisons, substance abuse programs, and private practice. After twenty-five years of using traditional counseling approaches, he learned a simple, powerful way to help people resolve their negative feelings through prayer. For seventeen years he has witnessed hundreds of people be set free from anger, grief, shame, addiction, and depression using this faith-based approach. In Stopping America’s Violence Epidemic, Dr. Gardner now hopes to teach others how to release their underlying feelings of grief and anger and equip churches to teach their communities how to be set free from the underlying emotions that lead to violence.