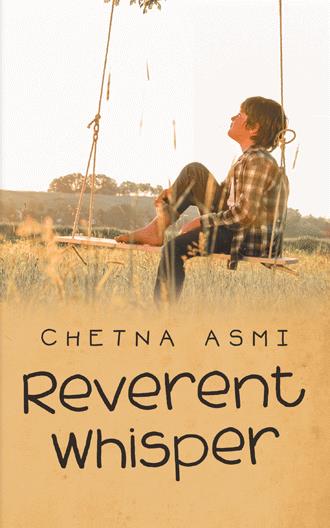 Several months ago as one’s magical mind was wandering through its maze of mystery, I experienced a profound revelation. I felt myself step into my greatness, and immediately, I realized my genius, almost some sort of Divine entity. Well, almost. I remember saying to myself, “Oh my God, what next?” Then I heard God whisper, “Back off.” If the truth be known, God would probably say, “Welcome to my world.” Now if you knew what I had endured, or at least put myself through for the first forty nine years of my life, you too would be wondering why this sudden eruption of self-belief has shown itself after being missing for so long. And furthermore, what was I going to do with this new found creative genius that had suddenly popped up from within? Was I to save the world? Well, it’s funny that you have asked that question of me; because that is exactly the burden which has been placed upon me. I call it a burden because I have no idea how to go about saving the world. My portfolio of magic and mystery has let me down badly in this area of expertise. Yet, I feel this overwhelming responsibility to find out what it takes. I must have the tools at hand; otherwise this somewhat mammoth task would not have been bestowed upon me. Would it not? What sort of weapon or tool is needed, and when and where will it appear? Are this keyboard that I’m pounding and the words that appear on my computer screen going to be the answer? I’m just getting over the realization that I’m a genius, and I instantly have to come up with a plan to save the world. What if we’re not meant to save the world? OK, stupid question; just seeing if I still had your attention. I don’t know the exact numbers, but I’d say there would have been hundreds of thousands of people over hundreds of years who have either written books, stood on soap boxes, made movies, or even fought wars, all with the intention of saving the world. Who wonders or even cares for that matter if they made a difference, and is the world a better place because of their efforts? Even today there are people lending their creative skills, and their hard earned dollars, with the sole intent of making this a better world to live in. Are we listening? Are we really listening? I stopped for a moment to listen, and I could hear the peoples’ call for peace, freedom, civil rights, the saving of the whales, the saving of the rainforest's, and its tigers and orangutans. There’s issues with global warming, pollution and the ozone layer, famine, sickness, addictions, all the discriminations etc. etc. etc. There’s corruption, rape, murder and mental illness. This was all too far from where I was at. I’m feeling too close to myself to leave the comfort of my own peace and happiness. I’m too entrenched doing battle with my own mind every time it wanders into dark places, let alone trying to fix other peoples fetishes and faults. Maybe the wealthy and civilized countries of the world could form a committee with sub-committees that could address most, if not all of these issues, so that governments could put policies in place now, that would benefit the world and the generations of human beings , plants and animals to come. Just give me a mandate peoples, and an appropriate budget, and I’ll show you what needs to be done. The first two places on Earth I’d start would be the Vatican City and the jungles of Colombo. I just had a thought!!! Maybe I could sit at home and meditate on love and peace, and then project it out into the world. It would save having to climb a soap box, or making movies, or even writing a book. I’d also avoid good Lords and drug lords. I read somewhere that there are only two significant influences of greatest importance in the world, and they are the subconscious mind and God, and everything else was created by them. Well that narrows it down; I’ll just toss a coin. Two of the most powerful things known to man and I’m expected to do battle with them. I think I’ll leave God till last, ‘cause when I’m done with the subconscious mind, He might feel intimidated and surrender to me. My genius has just come to the fore! I know exactly what needs to be done. I’ll write a biography about some fictitious character, who thinks he has all the answers. If he fails, you can all blame him, and if he succeeds, you can thank me.

Jimmy Digne is an ordinary, basically good guy who doesn’t care if the world is saved or not. He believes the planet will continue to evolve, even if humans do not exist because Jimmy knows full well that saving the world begins and ends with the power of the human mind. As he puts pen to paper and begins contemplating the world around him, Jimmy shares not just his own story, but also the stories of others in order to make himself appear more interesting. Jimmy starts by looking back to the beginning when, as a boy, he was put through the rigors of society’s programming, the expectations of who he should be, what he should do, and how to do it. As he reflects on his constant search for his identity, the meaning of life, and his purpose, an imaginary friend guides him on his journey. But to Jimmy, the imaginary might just seem real. After all, the mind is a powerful thing and nothing is ever what it seems. Reverent Whisper reveals the story of a young man as he reflects back on his life in order to find the truth about himself and the world around him.

Chetna Asmi was born, raised and still lives in South East Queensland, Australia. Chet as he is known has worked as a cabinetmaker all his life and still runs his own small business. Chet is a keen sports person and in his younger days played cricket and tennis and now golf. Over the years he trained as a Life Coach and also has a Diploma in Counselling. He started to write in 2003 after an extraordinary spiritual transformation which took him from being a simple, humble man to one who could see everything for what it was. His perspective changed in all areas of life and the pursuing journey was nothing but magical, mystical and beyond anything that he could ever have imagined. A constant calling to write a book that would influence many was finally adhered to, and this piece of literature is the result.