Skills That Pills Can’t Give You

Learn to Have a Happier Life 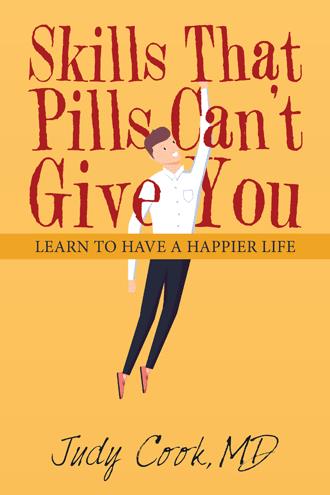 It doesn’t take a lot of time dealing with the news media, CDC reports, or medical websites to realize that the numbers of people suffering from issues like depression, anxiety, Post Traumatic Stress disorder, stress and addiction issues is a really enormous problem. Stigma plays a big factor in the problems that are happening, because people are reluctant for any of several reasons to reach out for help. The concept of having a mental illness is really a very frightening thing to many people and can generate a lot of paranoia about being around a mental health person. There have been so many times when I have met someone socially and things are just fine until they find out I am a psychiatrist. It almost always elicits a concerned look and a question along the lines of ‘So are you analyzing me?’, or something else signifying a fear and reluctance about ‘exposing themselves’. I can usually change the situation by commenting that I am a psychiatrist, not a psychic, and that I am currently ‘off duty’. Of course, people are also guarded for a while when they begin an actual psychiatric evaluation, almost akin to someone who goes to a doctor with some kind of lump and a tremendous fear that it could be a cancer. Somehow issues with our mental state are even scarier for most people! The really sad thing here is that there are so many things, including medical issues, which can cause this mental distress, but cannot be resolved if it isn’t looked at! The numbers of people having mental issues just for the United States for 2016 indicate 14.8 million people dealing with depression (although not all of them were getting help) which also resulted in about 45,000 suicides that year. Those suicide rates are increasing in all age groups except possibly those over 75 but the saddest part of those figures is the increasing rates of suicide in the 10 – 25 year old age group. Yes, you read that right, the suicide rates in our children and very young adults is increasing and is the second cause of death after ‘accidents’. Why do I put accidents in quotes? Because “accidental deaths” also include deaths by drug overdose, which I consider just another form of suicide. Think about it! You know that a given drug has caused a lot of deaths directly, as well as in other ways, yet you do it anyway ...... it’s a bit like playing Russian Roulette with all but one of the chambers loaded, instead of all but one empty! The death rate by drug overdose actually exceeds the death rate by direct suicide, which makes it all the more significant. Drug abuse (excluding alcohol and Marijuana) effects about 35 Million people a year, and those overdoses killed another 64,000, for a total of 109,000 combined self-inflicted deaths a year. When that hits close to home, affecting someone you love, or even a friend of someone you love it really gets your attention. Anxiety affects 40 million people a year, PTSD another 7.7 Million and they are only some of the statistics for what’s happening to us emotionally. Addictions come in many other guises and also take a high toll, but over a longer period of time, and I have found it extremely rare for someone to have ‘just’ an addictive disorder, rather than an addiction tied to underlying emotional distress. This is, of course, hardly the only problem. The US spent 446 Billion dollars on psychiatric medications in 2016 alone and for many years the push has been for psychiatrists to use medications, and some procedures like ECT and TMS, instead of doing any kind of psychotherapy, or even using medication and psychotherapy therapy combined. We will cover this further later, but if those medications were really doing their job, shouldn’t those illness and death rates be decreasing rather than increasing? Nearly 25% of the US population in 2016 was afflicted with mental distress, and that was only including depression, drug abuse, anxiety and PTSD! Add just a few more out of the 400+ diagnoses in the most recent diagnostic manual and it adds up to over 25% of the population being affected at any given time. Unless you live in total isolation it is likely to be affecting you or someone you know, whether you realize it or not. In a world that too often leads people to start feeling mentally ‘unglued’ at least once a day, it is time for some simple, effective, time tested skills to be put out there so anyone can learn how to quickly and easily reach for them and glue themselves back together – some ‘sanity glue’ to offset the increasing “craziness” that affects our lives on a daily basis. Whether you are mentally as healthy as anyone could possibly be, or on the other end of the spectrum suffering with a significant mental illness, these are skills that can help you deal more effectively with those problems and issues that can affect the mood, mindset and mental functioning of almost anyone. Along the way hopefully you can learn to laugh at the common foibles that tend to affect all of us at some point in time, but which we often haven’t learned to put in a framework that takes away their power to make us miserable. As I am discussing some of these skills there will be a definite attempt to avoid ‘doctorese’ and view them in a humorous light accompanied by metaphors and illustrations because that often makes it easier for us to create a memorable image we can quickly recall and implement. Also, learning to laugh at the foibles, idiosyncrasies or out and out ‘flaws’ in ourselves and others is a much healthier approach than anger or despair or frustration in most cases. When possible I will illustrate with some examples from patients, colleagues and myself as an attempt to make things clearer.

If you are like the majority of humans whose emotions sometimes cause you serious distress - or worse - and you would like to take better control of that, you will want to read this book. Forty years of treating ‘real world’ psychiatric patients, in addition to her own therapeutic journey, taught Dr. Judy to recognize several basic issues that affect the peace of mind and self-esteem of billions of people and can create great distress or even lead to full blown mental illness. By gaining some of those insights yourself and learning some of the skills taught in this book you can do a lot to improve not only your mental health, but also the physical health of yourself, your loved ones and others around you. Emotions are as much a part of your life as your heartbeat, yet too many people are encouraged to be ashamed of feelings and emotional problems and if you can’t ignore them, to cover them up with medication. You may spend your time blaming yourself for problems you didn’t actually cause. Of course, you might also have been taught to believe that if those other people would just fix themselves, you would be ok. Unfortunately that not only doesn’t work, but could consume a lot of your time and energy. However, learning new ways to understand and deal with those issues will allow you to take charge of handling them in a positive and productive fashion so you no longer have problems with them. Your more positive skills might even rub off on others, which is a real win for everyone. Here’s to starting your newer, happier, healthier life.

Judy Cook is a phenomenal woman, physician, best-selling author, speaker, coach and trainer. Her greatest pleasure has come from teaching high functioning people who seem so successful on the outside to match that with how they truly fill on the inside, so their inner feelings and outer successes start working in harmony. She does this based on her own life experiences, a Medical degree, training in both Psychiatry and Pathology, and 40 years of experience creating these kinds of results for tens of thousands of clients of all ages. You can find her contact information and examples of her work at