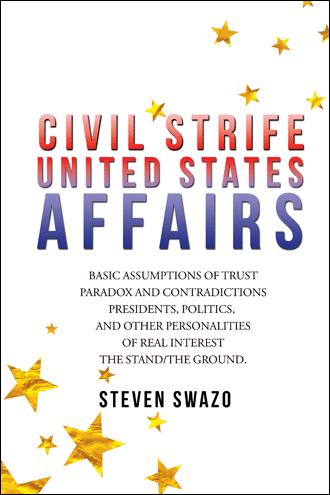 Former NSA intelligence and counterintelligence director, Joel Brenner notes that “Within the American security establishment, the vocabulary of conflict is also warlike in the absence of declared war; we are stocked with self-declared cyberwarriors who for the most part are not soldiers in the usual sense, but geeks employed by a military or intelligence organization...” Brenner further talk about the blurring which creates genuine confusion about who is a soldier and who is not. Who is an American citizen and who is not. Simply by being in possession of a hand-held computer, rather than tanks, artillery, and grenade launchers. The geeks are equipped with computer viruses and microrobots as the tools of warfare and invasions. Resulting collisions sharply affect differing needs of two radically different civilizations. (Civilization as meant here, is how we become citizens in a culture, which in this case is our Americanization). This “could provoke some of the worst bloodshed in years to come,” noted Alvin offler in 1995. It is a condition that has created a mockery of the familiar mirrors of political personalities and authority figures through which we once align and integrate ourselves. The collusion of both major political parties not to enforce immigration rules and laws have mostly hurt lower working-class Americans in more than a thousand-and-one ways. When rules and laws are made in the interest of one social group or category of people, the host culture’s civil rights are encroached upon. There is no way around it. There is the splintering of a younger generation of the middle-class, drawn by a blend of personal alienation from meaningful and tangible models of orientation and relationships. What they absorb like sponges are synthetic TV, Videos, and motion picture heroes and heroines. Resultant effects are shallow idealism, a propensity to embrace the cause of any mass movement of discontent that may arise out of boredom, the lack of a coherent sense of identity, and the need for excitement in their restless empty social lives. A need for belonging, or being a part of something greater than themselves. And believe me, this is a major one. As media shapes their image of the world with toxic disinformation, it simultaneously hinder their capacity to feel, think, and act properly. The unemployed and distraught who have lost their faith in the economy, have also lost their certainty that their lives are significant. Having inherited the kingdom of this world they sought, they are dissatisfied and haunted by the need to believe in something that is lasting.

This is an attempt to put together chips and pieces of our nation’s historical past and experiences, forming a basis. It is also an attempt to draw a coherent view about some aspects of social life under the conditions and breadth of the United States Constitution. The chips and pieces are critical events that have determined the different and strange paths of social life each of us has chosen or must live out willy-nilly, feeling, thinking, doing, or acting. If you are still interested in living well in the United States and elsewhere, these events cannot be overlooked or ignored.

Steven Swazo is also author of We Know Who God Is, Country Free USA, and Health Two, Take Action.