The Language of Spirit 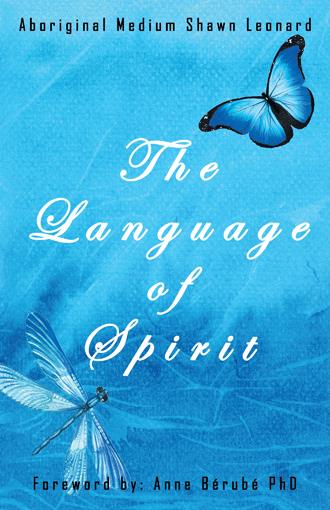 Validation can also come in the form of memories or experiences which no one else but the person sitting in front of me and their deceased loved one could possibly know. One of the most startling examples of this occurred a few years ago. Jessica was a young seventeen-year-old, who passed away suddenly from an undiagnosed heart condition. Her parents made an appointment and Jessica began communicating with me in earnest, telling me information about her passing, asking me to tell her parents she was okay and she loved them. It was then something very unusual happened; something I never expected to experience. Jessica gave me an image of herself in a bra, and had been quite a large-breasted young woman. This was very awkward. I make a point of trusting everything I receive from spirit and voicing what I see, even if I don’t understand. This, however, seemed terribly inappropriate. How do you tell two grieving parents their daughter just showed up in only a bra? I took a deep breath and began by apologizing. “I want you to know how sorry I am about your daughter’s passing.” I paused and cleared my throat. “Sometimes people who have passed will show me unexpected things I don’t understand. Your daughter is showing me something which feels awkward, but I trust it’s for a reason and you will understand.” They looked at me expectantly. “Your daughter is appearing to me in only a bra.” I felt terribly embarrassed, and could feel my face turning red. “I can see she is quite large-breasted, and there is something very significant about the bra I am supposed to talk to you about.” Imagine my relief when their jaws nearly hit the floor and they began laughing. But their laughter soon turned to tears as the reality of their daughter’s presence was vividly confirmed. “It’s her. It’s definitely her,” they said, nodding vigorously and clutching each other’s hands. They went on to tell me how their daughter had often been teased, especially by her sister who called her Big Boobs. On the first anniversary of Jessica’s passing the family got everyone together to celebrate Jessica’s life, for which they did a unique activity. They bedazzled one of Jessica’s bras in honour of her memory, decorating it with all things bright and sparkling. This is why it had been important for Jessica to show me her bra. It was a piece of unique information no one else but close family and friends could have known. This isn’t something you would post on Facebook. This isn’t something you would write on a blog. This was the thing Jessica knew would allow her parents to believe she was still there and still with them, just no longer in physical form. The last story I will share in this chapter is also a very unique one, which involves a famous deceased person appearing in a vision during a client session. A woman who hadn’t booked under her own name, and who seemed quite suspicious, had come to see me. She didn’t tell me with whom she was trying to connect, but someone came through right away. It was a young man who I felt had taken his own life. I sensed he had been her boyfriend. He apologized to her for what had happened, and told her it wasn’t her fault. He talked about having been depressed and on drugs, and encouraged her to get clean. He said although he hadn’t been mentally well in life, he was healthy and happy in the spirit world and had finally found peace. He then showed me an image of himself onstage with a microphone, and he did look really good—vibrant and healthy. Suddenly, a guy walked out from behind him and it was Tupac Shakur, the famous rapper who had also passed away. The guy put his arm around Tupac, and there they stood together in front of the mic. “I’m not sure why I’m getting this, but your boyfriend is showing me an image of himself on a stage with Tupac Shakur. You know who I mean? The rapper guy who died?” She certainly did know who I meant! “Oh my God! Are you freaking kidding me?!” she yelled, jumping up off the couch. She then yanked off her hoodie and hauled up the back of her t-shirt. There, covering her entire back, was an enormous tattoo of Tupac Shakur. “Do you see that?” she asked, excited. “My boyfriend and I both loved Tupac, so we got matching tattoos. He had the exact same one on his back.” She went on to tell me she had thought the whole medium thing was not real, or possible. That was why she hadn’t booked under her real name, so I couldn’t find out any information before our session. “But there’s no way you could have known about Tupac,” she said. “And I know you didn’t see it. I was wearing a hoodie the whole time.” Suddenly, the reality of knowing her boyfriend was right there, communicating with her, overwhelmed her and she broke down in tears. “It’s really him. Tell him I love him. I still love him so much.” “And he loves you,” I assured.

Are you ready to be inspired and awoken to the spirit world? Are you ready to embrace your innate psychic senses? The Language of Spirit takes readers on an incredible journey through the life of aboriginal/indigenous psychic medium Shawn Leonard. Through chronicling his life from a small boy to an adult, Shawn’s experiences will help anyone form a new deeper understanding of spirit connection and communication. Imparting real life lessons, this moving book will allow a richer knowledge of concepts such as reincarnation, ghosts, and spirit guides and angels, as well as the signs they send to show us we are never alone. Those who read these pages will also develop knowledge about aboriginal/indigenous spiritual culture. Once you know how spirits use their own unique language to communicate, you will know clearly how to welcome their gifts into your life.

Shawn Leonard is a heart-centered Aboriginal/Indigenous psychic medium living in Nova Scotia, Canada, and has been working professionally for over twenty years. Taking an authentic approach to the spirit world in his personal readings, live shows, workshops, and radio and TV appearances, Shawn imparts enormous wisdom and knowledge of the spirit world and spirit communication. For more info visit www.shawn-leonard.com