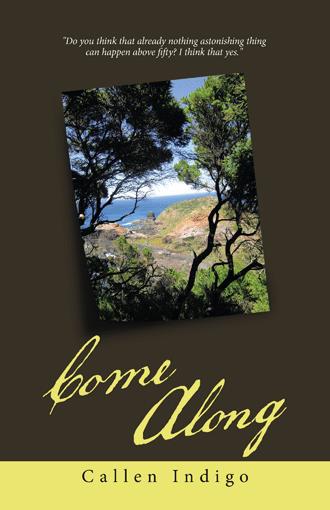 "In one of the popular Italian restaurants in the center of the metropolis, a middle-aged woman was picking at a braised duck liver salad. It was pouring rain outside, but the people who were peacefully eating, drinking and having conversations inside didn’t take note of the raging weather. It was spring in Melbourne. The deciduous trees were in bloom, and every time someone opened the door one could smell their fragrance flowing from a nearby park mixed with scents of the rain and the steaming dishes on the tables. She loved nature. It didn’t matter if it rained or if the sun was scorching the ground, she would always find some hidden, mysterious beauty in the parks, or even in the piled-up rocks that lined the gulf. Once, she photographed a spider web by such a mound. The picture showed only the huge, blue-gray rocks and the sparkling white, evenly woven, gauzy web, but it had become one of her dearest photos of all time. She could find elegance in nearly everything. Even in the duck liver, as it was sitting enticingly on her plate amidst the oily, green and red salad leaves and jagged arrowheads like a huge, pale brown pebble. She loved duck liver. She had checked out the menu in advance on the internet while she was still at home, and as soon as she saw this dish, she knew that this was the only thing she wanted that day. She was having a glass of fine red wine to go with her dinner, and her eyes often shifted to the door, as people passed through it. A short, stocky man with thinning hair sat across from her at the table. He was having a huge pizza loaded with a wide variety of toppings. Half of it was already gone, but he was still so preoccupied with his food that he didn’t even notice the new guest that entered the restaurant. Of course, a few people have arrived since they started eating, and he didn’t pay attention to those either, so why would he have noticed this one particular man? Although this man was different. A whole lot different than the others. The instant he entered the room, some of the staff and patrons stared as if they had seen a ghost. He was tall, maybe sixty, but the type who could easily pass for someone ten years younger. He had light brown, shoulder length hair, and a mustache. One could say he was quite ordinary, except for his military outfit, which stood out among the other guests’ elegant attire. He went straight to the bar, his confidence suggesting that this wasn’t the first time he had come to this place. The bar staff acted quite abashed, whispering and seemingly trying to decide who should take the new guest’s order."

David, the aging but still extremely good-looking pilot, has no other interest in life but flying, and he has a good reason too. Then, one day, an unexpected event changes everything. The breakthrough is initiated by a dream, but when David’s life finally seems to reach new meaning, dreams and reality collide again, and everything that felt real seems to go up in smoke once more. What does it mean to wake up wiser after a long night’s sleep? We only get a chance to find answers to our questions after Kati, the woman character, has woken up. The astonishing story acquaints the reader with characters from various backgrounds and age groups, who take us on a journey from Melbourne, an Australian metropolis, to Anuta, a small member of the Solomon Islands. "Come along," a strange voice says in the book, and the author invites us with the same words to join her on a mystical adventure.

Callen was ten when she wrote her first poem about peace. Later she realized that peace is not something coming from outside, but it is rooted in us. Her mind was always full of thoughts and questions about life and she wanted to find answers. In 2006 she published a poetry book, the title is „My thoughts”. She has written poems, short stories, dramas, tales and also her first novel and now she decided to publish these works. Callen lives in Australia with her retired husband. Her parents, sisters, children, and grandchildren all live far away in Europe.