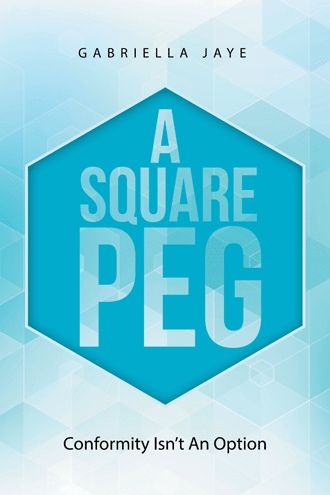 Life in my home town became increasingly miserable and untenable. Work colleagues continued expressing their concern regarding the dangerous path my life was taking. A number of interventions were arranged in order to shift my involvement with spirituality and healing into conforming to socially acceptable behaviours. None were successful, though every time kindly advice was dispensed I felt even more alone and misunderstood. Perhaps my explanations were the problem. That possibility resulted in experimenting with different ways of sharing or communicating my understanding around spirituality and the nature of natural healing, but that didn’t work initially. It felt as though everyone else was right and once again I was wrong. On reflection it became apparent that those individuals who expressed most concern for my wellbeing were deeply Christian in their beliefs. I must have been surrounded by well-meaning Christians whose purpose in life was to save those poor souls who were lost or doomed to hell. Obviously I was a walking around with a large bullseye on my body as I became a regular target for their well-intentioned preaching. Realistically, the only way forward was to be agreeable with what other people expressed as the truth, even if it didn’t feel right. Being part of a group meant conforming and wasn’t that what I’d been doing all my life, pretending to be the same as everyone else? Nevertheless, after listening to yet another religious explanation about the dangers of doing the devil’s work I felt it was time to set the record straight. The objections to the healing work I was doing ranged from the sublime to the ridiculous. After all, according to the self-proclaimed experts, the only place that healing should take place was within the sanctuary of the church and under the auspices of the minister or priest, or so I was told repeatedly. Those comments were also accompanied by fears suggesting that I was engaged in dangerous practices. Horror of horrors, I could even be possessed by an evil entity that would take control of my thoughts and body. Eventually after great deliberation an appropriate response was formulated, which was expressed every time I was approached about changing my ways. It went along these lines: “I practice living in peace, and doing no harm. My life is aligned with the Buddhist precepts of mindfulness and harmlessness. A significant portion of the world’s population lives with a similar philosophy. If what I do is the devil’s work then it is the same for many others worldwide.” Once I’d formulated this response and asserted my rights to learning and practising energy healing (Reiki) the haranguing eased off, though the obvious scepticism of others remained evident. As a consequence there was also a distinct cooling off with some of the potential new friendships that had been loosely formed, resulting in further feelings of alienation and aloneness. It seemed no matter the direction or opportunities taken that my life appeared destined to be one of constant rejection. My interest in the esoteric and unusual was not shared by most people. There was so much ancient knowledge and unexplainable phenomena that intrigued and fascinated. Life, as it appeared on the surface in the larger world, seemed superficial and lacking real depth. At the same time the voices in my head continued speaking. Sometimes loudly, other times softly. It became comforting hearing the wisdom that was shared. Sometimes the wisdom was so profound that it almost felt earth shattering, at times bringing tears of joy to my eyes. How could I not have known this? How could I learn more? The desire to continue this journey of healing and understanding became stronger than anything else. Other times I temporarily questioned my mental stability. It wasn’t normal to hear voices and it certainly wasn’t normal to give them credibility. Mental health issues weren’t discussed publicly then. Due to the fact that I had frequently been told that I was wrong it definitely wasn’t in my best interests to advertise the fact that I regularly heard voices in my head. Then realization finally dawned. It was one of those exciting light bulb moments. As a young child I’d heard the voices and had had fantastic conversations with them. The voices had returned upon the ending of my marriage. They were familiar and had come in loud and clear. They felt like long lost family. This was the reason they presented no stress or threat to my wellbeing. They were family! With this realization dawning, the joy of reuniting with them was bitter sweet. I’d missed them greatly for nearly forty years, yet actually hadn’t realized they had even disappeared out of my life. It was only with the reconnection occurring that the loss of their companionship for many years was felt. It was apparent that the ending of my marriage signified a turning point in life. It was also evident that I was on a steep learning curve, one that was only just beginning. It was with reluctance that I applied for a job transfer out of the city to a smaller, distant town. Relations with my son continued to deteriorate to the point where I knew that staying would further exacerbate our fragile relationship. A three month transfer might just provide some breathing space, and hopefully would allow us to appreciate and understand one another better. A change of scenery from well-meaning Christians might also be beneficial. I was weary of having to explain myself, my life or beliefs. Little did I know that the transfer would be the real beginning of what ended up being an incredible journey, one that took me further than could ever have been anticipated. There would be no returning back to the start or even to where I’d left off. I was about to embark upon a magical carpet ride, though of course it didn’t feel that way most of the time. 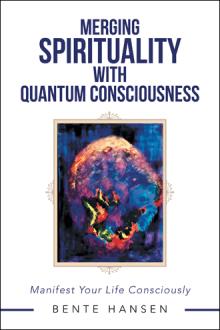 A Square Peg is a creative non-fiction memoir describing key events that pushed the author to own her uniqueness despite having been well indoctrinated into the norms of society. The struggle to break free from the bonds of conformity and acceptability are shared honestly and openly. The struggle to accept a life path vastly different to the one imagined provided momentous challenges. Many unexpected twists and turns, each one resulting in new adventures, are shared prosaically and profoundly. This life journey contains more unanticipated surprises on every level, resulting in a life that is lived meaningfully in ways completely unexpected.

Gabriella Jaye lives in Australia and is an intuitive and wellness consultant. She has inspired clients internationally in their journey to wellness and inner harmony. Gabriella is an energy medicine practitioner, channel, spiritual counselor and teacher.