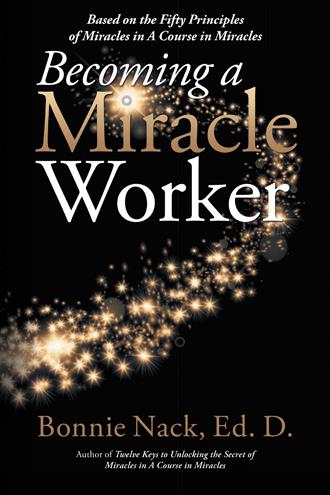 ACCEPTING THOUGHTS INTO THE MIND A thought system in the mind is like a nest. The mind must be able to receive an idea into itself like a nest receives an egg. And then the mind must be able to nurture that idea until it has grown beyond an idea into a living belief. With application the belief grows into certainty. If the mind rejects the idea, or does not nurture and practice it, this process will not occur. The idea that there is an actual spiritual force available to provide specific help to you in the course of your daily life is very alien to a modern educated person’s way of thinking. Therefore it does not even occur to the mind to turn this idea into a living belief. I knew of meditation and how the Buddha or the power of the enlightened mind of a teacher of Buddhism could be transmitted to my mind. I meditated and chanted with gurus hoping their enlightened state of mind was contagious. I studied Kabbalah, Jewish mysticism, and learned about “the light that reforms,” a spiritual force that leads us back to God. I studied A Course in Miracles for many years, and mindlessly accepted the idea of the Holy Spirit. In spite of all this exposure, I did not seriously nurture the idea of spiritual intervention into the workings of my own mind, nor did I integrate the idea into a way of life. The idea of actually experiencing spiritual intervention for the healing of my own mind was like an egg that never hatched. I would like to share with you how my mind grew to take seriously the idea of spiritual intervention and how subsequently I practiced asking for spiritual intervention. As a result I became certain that the power of the Holy Spirit was a real and actual presence that transformed my thinking and gave me guidance. Now reliance upon It has become a daily practice.   THE OCCULT SIGNIFICANCE OF FORGIVENESS The first wakeup call came from a book entitled, “The Occult Significance of Forgiveness” by Sergei O. Prokofieff, a Russian student of a modern German mystic, Rudolph Steiner. It was only a paragraph and a footnote in his book that provided me with information that awakened my mind to the possibility that what The Course in Miracles taught about the Holy Spirit healing our minds is an actual real and practical truth. Here is the paragraph: “If we bring all that has been said in this chapter into a single focus, we may say that the occult mechanism of forgiveness is as follows: As a result of the effort of moral will that an act of forgiveness – that is the conscious forgetting of an evil or injustice to which we have been subjected – evokes from the individual ego; there forms, so to speak, within the unbroken stream of memory which permeates our ego and bears our ego consciousness, a space devoid of memory, into which the substance of the Higher or Spirit Self, that is, the force that transforms all evil, can then flow. This substance of the Spirit Self which is borne onwards by the stream of memory, penetrates through its mediation into the human ego, spiritualizing it ever more and more. As a result there arises not, as a narrowing, but on the contrary, an ever greater widening of the ego consciousness, and at the same time, its permeation by Higher moral forces which bring it ever closer to an experience of its archetype, to an encounter with the Christ in the Spiritual World nearest to the Earth.” And the footnote was the icing on the cake. “What is meant here is not an ordinary kind of forgetting, but rather that in the process, all subjective reactions such as inner protest or antipathy, must give way to perfect equanimity and acceptance of destiny. The injustice that has been inflicted can be wholly objectified by the person concerned and completely separated from his own personality. The negative and begrudging memory must gradually go through a kind of death (forgetting) in order to rise as forgiveness; that is, as a strong will to restore to the world the good of which it has been deprived by the wrongful deed. One will then remember such a deed only to the extent that this is necessary for true forgiveness to come about.” This was a clear description of the mechanics of miracles, how they work, from a totally separate and unrelated source! 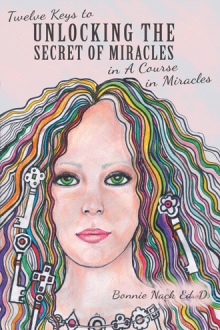 Twelve Keys to Unlocking the Secret of Miracles in A Course in Miracles
Bonnie Nack Ed. D.
$17.99

Miracles are designed to restore the mind to its natural state as it was created by God. God is Love, therefore Love is our natural state. In Becoming a Miracle Worker, author Bonnie Nack clarifies the unique meaning of miracles in A Course in Miracles, explains how they are done and encourages the student to become a Miracle Worker. Nack shows how A Course in Miracles can give anyone an understanding of how to do miracles. She explains the importance of the idea that the miracle worker must take full responsibility for everything that he experiences in his mind, and ask the Holy Spirit to transform into Love, anything negative that appears there. Uplifting and inspirational, Nack shares her wisdom based on the course principles and her own insight gained throughout years of study, practice, and teaching. Praise for Becoming a Miracle Worker Bonnie Nack is a skilled writer, clear and easy to read and she has an in-depth understanding of the teaching of A Course in Miracles. I enjoy her smooth, unpretentious style, her use of stories to illustrate her points, and her ability to hold the reader’s attention. —Jon Mundy, PhD, Author, Living A Course in Miracles

Bonnie Nack, Ed. D., is a retired educational psychologist with thirty years of experience as an educator and psychotherapist. She teaches A Course in Miracles and is a frequent contributor to Miracles Magazine. Nack lives in Temecula, California.