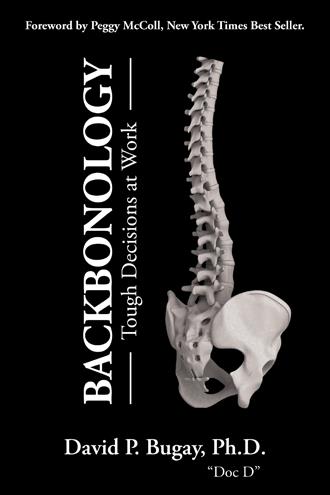 Chapter 11 Tough Decisions: The Leader’s Turf Do you have to apologize to your reflection for who you are? “When this is done, you and I will stand alone,” Anthony said. He let the heavy pen in his right hand hit the table to emphasize his point. I leaned forward. “But if this pans out to be true, this guy—” Anthony stopped me with the wave of his hand. “Doesn’t matter.” He pointed at me. “You said if this is true, he should be fired. I agree. This won’t happen in my district.” Anthony Galati, the superintendent of a kindergarten-through-twelfth- grade public school district, rose from his chair and paced like he did in a high school classroom full of students while in full lecture mode. As his white shock of hair bobbed, he spoke with his intense, conspiratorial tone. “Whenever these things happen, even though what he’s done is horrific, people will defend him when we fire him. There’ll be good and bad people who will step up to defend him because they’ll only see a man losing his job, not the man who did these things. It’s like the playground when two kids get into a fight. Everyone watches, but no one steps in to take sides. The bigger kid gets criticized behind his back, even when the other kid starts it.” Anthony, in bombastic style, spread out his arms. “Welcome to the real world … Management 101.” He plopped down in his chair and looked out the window, then drummed his fingers on the desk. “People will view us as bullies since we have the authority. They’ll feel sorry for this man, even though what he’s done is wrong. They know it, but people stick up for the underdog and that’s him. Not us.” Now I leaned back. As the new director in my first year at this public-school district, I was the supervisor over a large number of school support staff. I had a problem with an administrator in my area. My hope for justice and righteousness faded a bit. Now the vision reformed into hard work, controversy, and potential gossip before there would be any justice or peace for my employees. Anthony Galati, though a man of short stature, carried a forceful character. People called him “the Godfather” behind his back. This could have been for a number of reasons, including his Italian ancestry, his flair for the dramatic, his pithy comments, and the sense that he was a man who knew what to do in any situation. I said, “He picks on people who—” The hand waved again. “Doesn’t matter,” Anthony said. “Investigate it, and if it’s true, we deal with it, and everyone backs off—because no one wants to be in the middle. Then it’s you and me. Be prepared to stand with a backbone because you’ll need it. It’s the right thing to do, but that doesn’t matter. People will say what they’ll say—some to your face but most behind your back.” The week before this conversation, I’d received a visit from the union president and union secretary, who represented the employee group, which this administrator supervised. They told me about many serious and disturbing problems. The foremost was abusive treatment of employees on a continual basis. One employee with a disability, in particular, had become the subject of this treatment. The administrator thought it was funny. No one else did, but fear kept them silent. After that opening conversation with the superintendent, we launched an investigation, including interviews with several people. The day now arrived when we completed the investigation and talked in a private and confidential, closed meeting with the board of education on the results of the investigation. Remember those two union members who came to my office? Well, the day after the “private and confidential” board meeting where we discussed this problem with the Board of Education, they were back. They’d heard that at the next open meeting of the board, we would terminate the administrator’s employment if he didn’t resign. “Aren’t you being hard on him? You’re going to fire him?” the president asked. The older and more wizened union secretary sagely nodded. Anthon y’s words resonated. “When this is done, you and I will stand alone.” I had a moment of genius. “Remember when you two came to my office five weeks ago and told me what this guy was doing? What did I tell you then?” I said. The union secretary spoke up. “You said you’d never tolerate that behavior, and if it was true, he’d be gone.” In my mind, I reviewed my scenario. If I fired the bully administrator, I was the nasty guy. If I didn’t fire him, I was a liar. That’s the problem with people who have a backbone. They get burned in the baptism of fire because people fear conflict. I told them, “Just so we’re on the same page, let me make this clear to the two of you. I expect you both to publicly and privately support the decision to terminate this guy. What this man did was wrong, and we’ll not tolerate it. Tell everyone with whom you discuss this case that this is the right thing to do.” I picked up a pen and tapped the desk with it. The pen wasn’t as awesome as Anthony’s, but maybe when I grew up, I could have a pen like his. I continued, “Because if you don’t, I’ll tell everyone you two were the ones who turned him in.” I meant it. They knew it. And they did. When you stand alone, even with an Anthony Galati at your back, it’s lonely. Some people call the situation “baptism by fire,” but the feeling you have doesn’t relate to anything like a religious baptism and certainly nothing like a spiritual fire.

Leadership means having a backbone, and there’s nothing better to illustrate its detailed framework than the actual vertebrae of the human spine. David P. Bugay, PhD, also known as “Doc D,” drives that simple concept home in this guidebook that will help leaders and everyday people make tough decisions. The author draws on many of his own experiences to share coaching suggestions—and his words are so clear and concise that you’ll be able to engage in the behavior he suggests. Learn how to: · improve the way you show up to the world every day; · develop strength, power, integrity, and compassion; and · harness natural strengths in making decisions. Our workplace has radically changed in recent decades, and concerns about employee engagement, productivity, and well-being has placed a premium on selecting and developing leaders. Be the leader you’ve always wanted to be by learning the lessons in Backbonology.

Doc D, the penname for David P. Bugay, PhD, has a reputation as a high-energy speaker, author, poet, and playwright. He has spent over two decades in higher education as an administrator and faculty member. He has also held positions for almost a decade in kindergarten-through-twelfth-grade education as principal and administrator. An organizational behaviorist, he has served As President for the Association of Chief Human Resource Officers and on the boards for the Association of California Community College Administrators, International Higher Education Teaching Learning, and Leadership Oakland. He frequently presents on topics ranging from Backbonology, conflict resolution, and communications. Doc D, a well-known poet, has written two poetry books available on Amazon Books: The Naked Turtle Dances and a second one for children, Zombie Dearest: Poems for Young Zombies. He has also become a playwright with his first musical comedy, Zombie Dearest. His website, www.Backbonology.com, has a list of all his published works. Visit his site and have some fun.