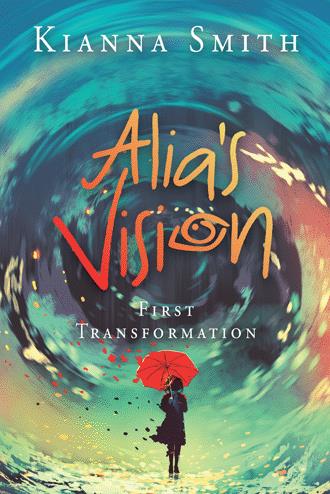 Alia was standing on a street corner with her adopted brother, Alee. It was just the two of them. Alia didn’t know what to say. They were running away from their home. They didn’t know where they would go. There was frightful fighting where they lived but her family was safe so far. Alee had no family other than hers. They had protected him many years ago when his parents were killed. They both looked at each other, and suddenly they knew where to go. So, they walked. They were walking away from the fighting and away from the war which had harmed so many people. They wanted to find another way, a place of peace and joy and serenity. They were very sad, very sad. Many of their friends were physically scarred from the fighting. Many folks were dead. Alia and Alee wanted PEACE.

Alia is the first main character in the series. She meets many new beings who help her understand a new world called Serenity.

Kianna Smith Thirty years ago, she realized she was a spiritual being (as we all are) and not just human. She had a dream and was encouraged to write a series of books for teens based on those dreams.