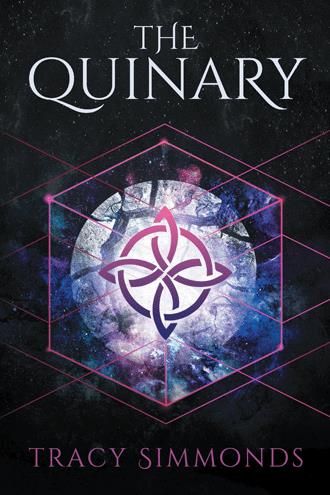 Addy knew the minute she woke up and opened her eyes, that today things would change. She stayed on her side for a few seconds and looked around her stark room under Rodic's house. The wind shuddered the door and forced dust bunnies to eddy around the cement floor. The hot water tank, the makeshift clothes line and her mattress, all shades of blue in the pre-dawn, made the room even colder than it usually was. The phone had woken her up. She heard it scream out in the dining room above the floor boards. She stretched behind her and pulled the chord on the wooden blind. Between the lines heavy mist descended on the countryside. The phone continued to hack into the shrouded silence.

Addy sat up and pulled her stretched cardigan around her slim body. She swung her legs to the edge of the mattress and still sitting, shoved her feet into old school shoes. The phone continued to ring, its urgency set her nerves on edge. Rodic never received calls this early. It was surely not good news. She rubbed her palms together to will warmth into them and breathed hard into their cupped shape. She pulled her hair into a messy bun and stood as she pulled her pink blanket with her. It was the only thing she had from her childhood, from her mum. An anxiousness enveloped her.

The blanket's down was soft and thin between her fingers, the edging had long since come off. She folded it neatly across the mattress on the floor. Addy glanced up, Rodic had finally moved. The floorboards creaked as he shuffled down the passage towards the incessant noise. Addy heard him mumble under his breath, her own name rolled from him. She shook the omniscience away.

"Hello" Rodic's voice, as he answered the phone, was still confused and thick from sleep.

"Verity!" Addy's heart pounded. She felt the thin mattress hit her knees. Oh shit! What does she want?

"Today?" Rodic was awake now, he did not sound himself.

Addy held her breath. She pulled her blanket towards her.

She needed its comfort.

Fear settled on Addy. She gently rocked herself, hugging her blanket. No, no. This can't be happening.

Panic gripped her stomach. Addy sat up straighter, waiting for Rodic to impart more information. How does Verity know? How can she possibly know?

"You - are you talking about w-witchcraft?" His voice wavered as the door shuddered.

Addy felt the tell-tale pinpricks of her power run across her arms. She expelled a breath she hadn't realised she was holding. The power was stronger now. How did Verity know? She'll be so mad. Oh shit, what am I going to do?

Rodic's conversation continued above her "well, look here, Miss. I have kept Addy all these years, just as you asked. I have all the accounts to show you. But I-" Addy felt like she had been struck. She sucked air into her mouth. Exhale, she silently coached herself.

"Yes. I understand." Rodic shuffled on the boards above her.

Hot darts of panic ran up and down her insides. She absently felt for the chip-implant in her left arm. I have got to get away.

"Bye." The finality in Rodic's voice caused her to take in a swift breath. Silence filled the space. Addy cocked her head to hear better. Rodic breathed heavily above the floorboards and then he stomped angrily. Dust sprinkled all across Addy's room.

Her throat felt constricted. She stood up. I won't go with her. She can't make me. I'm twenty-three years old. Rodic will help me. He must help me. This, this stuff, is not witchcraft….

"Addy!" Rodic did not sound himself, "Get up here."

The dim interior through the swing doors looked untouched. Rodic's mother had a tendency for shades of brown, when she died Rodic had enshrined the house to her memory. Not a thing had changed. Grey light fought to get through the gap where the brown curtains did not quite meet; a vertical line formed on the opposite wall in their dim beam. The heating in the library droned and rattled in the background. Addy walked slowly, avoiding the spots where the floorboards creaked. She caught her reflection in the mirror. Ugh. I look like I've escaped an institution. Her old Math teacher's words, rang in her head,

"All that olive skin and those intense green eyes, Miss Piper.

You are a distraction to any lad in a ten-mile radius,"

She glanced down at herself.

Too large jeans held up with an old school tie. A white school polo shirt, its now faded green logo  reading Darton High School. Five years since school and I still have no normal clothes. I wonder if Verity even realised that? Some excuse for a mother. The library door was open, just a crack. I have to leave. What else can I do? The chip-implant will kill me if Verity doesn't. Rodic is my only chance.

"Rodic?" Addy called. Heavy breathing filled the air. The drone of the extra heating hurled stale energy into the sour room. The furnishings were sparse; a dark desk, two overstuffed brown arm chairs, a steel filing cabinet and a wall of books. He called it the library.

The grey morning barely made a difference as Addy pulled the curtains back. The weak light fell on Rodic's dark yellow curls around his pink bald spot. Sweat beaded and ran, pasting the curls to his head. His shirt bowed over his large hips and revealed his pink flanks, rubbery and bulbous, they roasted in the humid room. Rodic's hands lay large and fleshy beside his head, his nails were deep in their sausage beds. Sweat outlined his form on the desk. Addy pushed the window open and pencilled the sticky remote control, the heat and noise stopped simultaneously.

"Rodic!" The pencil poked deep into his rubbery back,

Phlegm ground in his throat, spittle lined his pink fat lips. He tried to move,

"Rodic wake-up. You're sick" Addy had never seen him like this.

"Rodic. I can go for help. But you must turn the transmitter off. Where is it?"

Addy had learnt the hard way, that the transmitter would send an electric shock to the micro-chip in her arm if she tried to leave the village. She had spent years testing the perimeters of her freedom. The wooden desk drawer stuck on its tracks as Addy frantically opened it. This can work. I can be free. I'll go far away. Where is the bloody transmitter?

"Rodic. You need to help me! Please? Tell me where you keep the transmitter." Addy grappled at Rodic's shirt collar, it caught his neck and pulled his fleshy jowls. Using both hands she pulled at him. Sweat trickled down her torso, her hair stuck to her neck. Rodic moved with her, he was weak but it helped. The desperation pooled in her chest.

"Rodic. You need help. Where is the transmitter? I can go for help." The fever gripped him again, his eyes fluttered squeezing moisture down his crow's feet; she watched the drop roll along his jaw and fall into his maroon shirt.

"V-Verity" the noise hissed and rumbled from his chest,

"Yes. She will be here soon. She's no good. Please help me. Please?" Addy heard the pleading in her voice and winced. The filing cabinet screeched as she pulled and slammed its drawers, "Rodic?"

"Verity," he breathed noisily, "must pay first." His voice was low and rattled from his ribs.

Addy Piper has a special power trapped in her DNA that marks her as only one of five people who can help restore balance to the world. She must take her place on the Quinary before the winter solstice to save two worlds. Can she leave her past behind her?

Tracy likes to write. She has a 'normal' day job which falls into the realistic spectrum of her life, but she prefers to hang out in the field of possibility, where the magic happens.

Tracy lives in Sydney, Australia with her husband and two young-adult daughters. When she's not writing she potters around her veggie patch, mostly securing it from the two hungry Labradors.