Initiation of the Soul 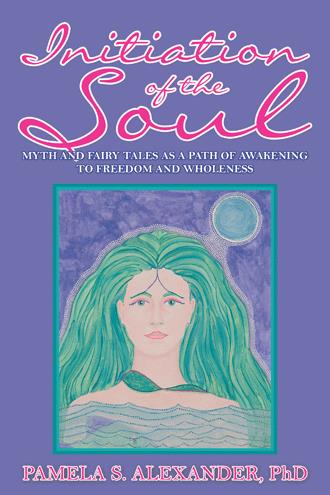 We are in the midst of an epic evolution in consciousness that involves a radical shift in orientation from the ego to the heart and soul. This transformative process requires a breaking down of the old form, which we are witnessing personally and collectively, to create the space for something new to emerge.

As we live from the soul and express our deepest truths, we actively participate in this change. Life experiences may seem as though they're random, but in fact they have an intention, deeper meaning, and purpose, which is to facilitate this transformation within us. Everything is occurring to free us from our old beliefs, outdated ways of living, and any limiting ideas we have about life and ourselves.

In INITIATION OF THE SOUL, Dr. Pamela Alexander explores the soul's journey through myth and classic fairy tales. In the initiatory mythic story of "Psyche and Amor," the goddess of love orchestrates events in order to awaken the soul from its slumber. The heroine faces challenging tasks that draw the deeper truth of the soul's inherent wholeness, freedom, and power out of the unconscious and into an embodied awareness. Dr. Alexander proceeds from there to explore fairy tales that speak to the issues that arise during the soul's emergence. These stories symbolically instruct us as to how to resolve our fears and open to love. As inner restrictions are resolved, we can embody expanded versions of ourselves and become more stable in a chaotic and uncertain world. The stories guide us to free the soul from an egoic identification, which is buffeted by the winds of change and the opinions of others, to the unshakeable ground of being within. Then, we are empowered to live in freedom and wholeness as we participate in the creation of a new world.

Pamela S. Alexander, PhD, has a doctorate in depth psychology from Pacifica Graduate Institute. She is a poet, author, artist, dreamworker, and personal/spiritual growth advocate on a passionate lifelong mission to expand people’s consciousness and help them reach greater heights. Currently, she leverages an embodied, compassionate approach to assist her clients in tapping into the infinite wisdom within their own transformational dreamscapes. This method evolved over twenty years as she explored the dreams of her clients and herself. Whether it’s a self-development course, poetry book, or fairytale, she utilizes the power of words to instill a message of healing, love, hope, and total-life transformation.

Pamela’s affinity for the written word began with poetic expression, which resulted in the publication of her book Psyche’s Poetry: Beauty to Awaken the Soul. Her interest in story interpretation was inspired by a symbolic exploration in graduate school of “Snow White and Rose Red.” From there, she went on a journey to see the Wizard of Oz with Dorothy and friends, and before she knew it, she was fascinated with symbolism, which she views as the language of the soul.

Her spiritual journey began at the age of thirty with an awakening, which she refers to as an encounter with the void. At the same time, a series of dreams revealed unknown gifts in the arts. The primary focus of her work is around the soul, symbolism, and the emergence of the feminine. They are executed in a variety of media. Outside of penning poetry and dreamwork, Pamela can be found either hiking, XC skiing, or cycling. However, her avid interest in all things spiritual and psychological takes center stage.

To find out more about Pamela S. Alexander's work with dreams and her creativity, feel free to visit her official website at www.WisdomOfTheSwan.com.