Awakening from the Dream 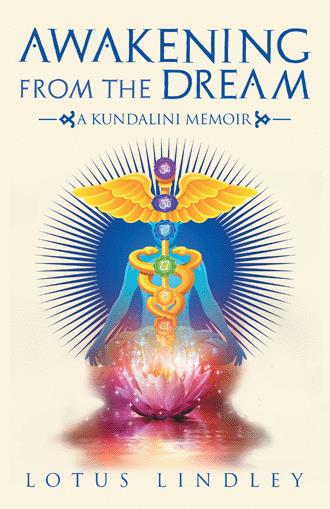 Have you ever wondered what a spiritual awakening or a Kundalini awakening might look like? The thought had never crossed Lotus Lindley’s mind, when she was initiated into a roller-coaster reality of her own mystical, inner journey of spiritual transformation. Entering into an unknown world of the divine feminine, Shakti Kundalini, her process is intimate, emotional, and profound. Awakening from the Dream ~ a Kundalini Memoir, is a descriptive, riveting account of what many refer to as a Kundalini Awakening. Lotus’ story is infused with revealed spiritual teachings, higher realm guides, and inner depths of the subconscious. Readers are taken on a spiritual adventure that is both wondrous and frightening. The experiences display courage and vulnerability, when all of reality is turned upside down, and inside out; where transformation disheveled the identity of who Lotus had been, in order to rebirth her into who she truly is. These pages hold rarely glimpsed, viscerally charged details of the effects spiritual purification has on one’s mental, emotional and physical being, illustrated beautifully by blissful highs of expanding conscious awareness, as well as intense baptisms of fire. Through her direct experience with the innate spiritual force of Shakti Kundalini, Lotus shares in rich narration how she embodied soul’s guidance, connected deeply with God/Source/Divine Presence, and found in her heart the devotion to continuously surrender to the Divine.

Lotus Lindley is a Shakti Embodiment Guide, an Intuitive Healer, and Light Language channel. As a result of her awakening process, her divine gifts were organically born. She supports individuals and groups to awaken to their true divine essence, through the Ascension process. Lotus is also a Reiki Master and Yoga Nidra facilitator.