Keeping Calm in the Chaos 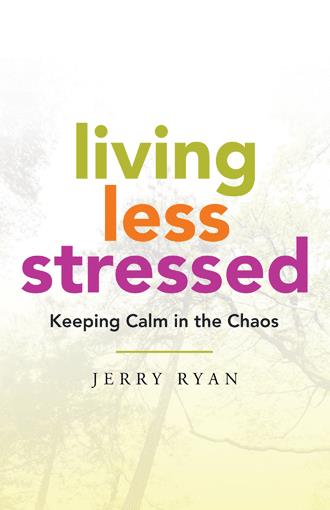 Bang! Suddenly and without warning, the right rear tire shredded like a retread and wrapped around the rear axle. The car locked up and started spinning to the left into the desert. It struck a small rise in the sand and was catapulted 15 feet into the air. The car flipped upside down and landed on the driver’s side roof, crushing it down to the door. It then flipped onto its wheels and came to a sudden stop. I couldn’t move and I couldn’t breathe. I looked over to my right and saw my 13-year-old son, Daniel. He was okay; just banged up. His head had hit the ceiling while we were rolling over because the roof got smashed on the initial impact. I told him that I couldn’t breathe right and to unbuckle my seatbelt to see if that helped. While he worked on helping me get out of my seatbelt, I could see him shaking, his face was pale as a ghost. I tried to look in the backseat at my 15-year-old son David but I couldn’t move. I couldn’t see or hear him. “Where is he?” my mind screamed, “What happened to him?” Suddenly, his face appeared through the open front door on the passenger side. He was white as a sheet and breathing rapidly. That was because he had been thrown from the vehicle since he didn’t have a seatbelt on. He had landed about 50 feet away on his hands and knees. The paramedics would later say that he was very lucky because most people don’t survive going through a window while getting thrown from a vehicle. They said it was even less likely to live through it when you’re flying that distance. David only had a scar on his shin. Daniel ran home to call 911 for help. Our house was less than a half-mile away. David kept helping me take the seatbelt off. Because of my years in the medical field, I knew that I had broken my back or neck. But I couldn’t tell my kids that. The pain was indescribable. The car was starting to smoke under the hood now, and we were worried that the car would catch on fire. We had to get me safely out of the vehicle. David followed my directions as I told him how to lay me down and pull me out of the car, cradling my head and neck during the move. Life works in an amazing way. Even though we were on a closed road on Easter Sunday morning in 1994, the first person that appeared on the scene was a trauma nurse with a cell phone. She had gotten up that day and decided to go riding her bike on the closed road that morning. Cellphones were pretty rare in 1994 but she had one that morning. It belonged to the trauma team and she was on call for that weekend. She dropped her bike and came running over to where I was lying in the sand outside the passenger side of the car. She quickly figured out that I had major injuries and started to put my son at ease, telling him that I had just broken my shoulder and arm. She worked on keeping me stabilized while she called for the ambulances. Because my injuries were so severe, I was taken to the University of New Mexico Medical Center, the trauma center for Albuquerque and most of New Mexico. Since their injuries were not as serious, my sons were taken to a different hospital across town. I can’t begin to imagine the stress that my wife felt that day. She had to decide which ambulance to follow – the one I was in or the one with the boys. She followed mine. Because of the intense physical damage, I have little memory of the accident or the three months following it. It turns out that I was right about breaking my neck but that was only the tip of the iceberg. I had pulverized the seventh vertebrae in my neck, twisted my spinal cord into a tight “S” at that same point, broke my left collarbone, shattered my left shoulder blade into five pieces, broken all the ribs on my left side, punctured my left lung, dislocated my left arm, and wiped out both frontal lobes of my brain. All of that happened when the car came down on its roof and crushed it down to the bottom of the driver’s side window. My injuries were so bad that within the first 15 minutes of me being in the emergency room, the doctors took my wife to a separate room and asked her to sign a “Do Not Resuscitate” order. As you can imagine, she was filled with emotional chaos. On one hand, she was amazed at the fact that they were asking her that soon after I arrived. On the other hand, she was extremely angry at their “He’s not going to make it” attitude. She refused to sign any paperwork that stopped them from keeping me alive. She went off on the trauma doctors. “You don’t know who you’re dealing with in there! If anybody will make it through this, it’s him! Now get back in there and do your jobs!” She was yelling at them, tears streaming from her eyes. The volume of her anger got the message across loud and clear, not just to the doctors but to the entire ER staff. I will forever owe my life to her decision that day.

Your one-stop shop for fighting stress, this book will have you living less stressed in as little as ten weeks.

Through a combination of evidence-based methods, you’ll learn about the power of your brain chemistry and its effects on your thoughts, emotions, sensations, and behavior. You’ll discover how your brain chemicals impact your response to stress and how those chemicals are connected to your diet. You’ll find out how positive self-talk breaks your old neuro-firing patterns of negative thought.

With powerful exercises to help re-wire the brain connections that are keeping you stuck in fear, worksheets to help you determine what direction to go in life, and food lists that support your brain chemistry, this book will help you turn your life around.

The best thing about learning your own brain chemistry is finding out that You are the Head Chemist of your own life!