The 21 Unspoken Truths About Marijuana 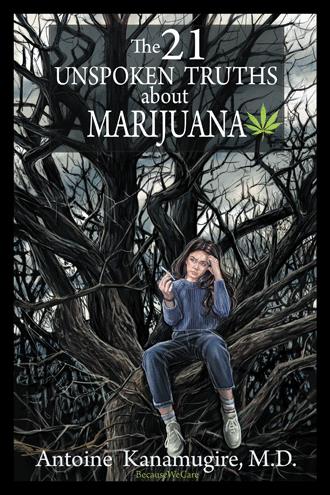 1. What is Cannabis? “Drugs were a way of running from whatever it was I wanted to run from”. Michael Phelps, winner of 28 Olympic medals. Cannabis is the most commonly used illicit drug in the world and it is the most commonly used addictive substance after alcohol and tobacco. It is a natural plant which causes psychotropic effects on the brain when smoked or consumed and can cause real consequences in our everyday lives. Cannabis use is a topic worth discussing since it affects so many people and is present in so many homes. It affects not only individuals, but families, communities, as well as society as a whole. Multiple social, medical, political, and legislative issues are informed by cannabis usage; recreational marijuana, medical marijuana, treatment of addiction, and legislative factors are only a few of the societal issues that need to be considered by society at large. But let’s not forget that cannabis use also affects individual lives as well; cannabis can be present in your life as a simple recreational or social issue, but it can also be an addiction issue, a financial issue, a family issue as it affects your relationships with family members, or a security issue as it affects your driving capabilities. In this first chapter, we’ll offer some simple information about this drug through easily digestible illustrations and explanations which will demonstrate the history, slang terms, and chemical components generally found in cannabis, as well as offering some basic statistics about the use of the drug in the US, Canada, and throughout the world. Stats Corner Cannabis is the most commonly used addictive substance in the world after alcohol and tobacco 2-3-4 Most commonly used recreational drug in adolescents and young adults in the world 3-4 Within the US, 22.2 million people report that they have used cannabis within the past month according to the 2015 National Survey on Drug Use and Health Within Canada: usage is two to three times more frequent in youth (15-24) than in adults 5 Increases in teenagers emergency department visits related to cannabis and cannabis use by teenagers and young adults have been observed in US states that have recently legalized recreational cannabis 6-7 History Cannabis has been used as a drug for thousands of years Its use has been documented dating back to more than 2500 BC by Chinese emperors, Ancient Greeks and Romans It’s been used for recreational purposes, for medical purposes, and even for spiritual rituals in some societies. Cannabis- What is it? Cannabis, also known as marijuana, is a flowering plant. There are three main species of marijuana: sativa, indica, and ruderalis, and these species are biologically very similar. Sativa is the most commonly grown for recreational purposes. Slang Terms for Cannabis Marijuana, pot, cannabis, weed, wax, stone, hash, joint, herb, mj, reefer, dope, dob There are more than 1,000 slang names 8 How is Cannabis Consumed? Can be smoked like a cigarette, called a marijuana joint Can be rolled into a cigar, called a blunt Can be smoked through a wide glass pipe, called a bong Can be inhaled directly, through heating marijuana or hashish and inhaling the smoke Can be ingested directly in marijuana teas, foods, candies, cookies, or other baked goods. Cannabis: what gets you high? - Cannabis contains more than 500 different chemical compounds - Among these chemical components are compounds called cannabinoids - These cannabinoids bind to specific receptors in your brain called cannabinoid-receptors, and there are about one-hundred cannabinoids found in cannabis - The two main cannabinoids include: THC and Cannabidiol (CBD) - THC (tetrahydrocannabinol): This is the chemical compound responsible for getting you ‘high’ as well as causing other psychotropic effects. - Different THC concentrations of cannabis exist on the market. -And any THC concentration above 10% is considered high and potentially more harmful than lower cannabis with lower THC concentration. -A few decades ago Cannabis Potency or THC concentrations were much lower than they are today. -So if you feel that you absolutely have to use cannabis, at least check the concentrations of THC. -The more THC concentration in your cannabis, the more harmful to your mental health it might be. - Cannabidiol (CBD): This chemical has been mostly used for potential medical purposes. Medical Marijuana Marijuana has been used for medical purposes: it has been used in the treatment of epilepsy, chronic pain, increasing appetite for chemotherapy patients who are experiencing nausea, and in military veterans living with symptoms of Post Traumatic Stress Disorder. But there is limited research in medical literature supporting these medical uses, due mainly to the fact that it is difficult for researchers to get access to cannabis in conducting studies and medical trials. Therefore, the majority of doctors do not prescribe cannabis to treat their patients in most countries. 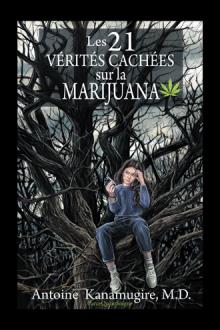 “Thanks to the author for this great book that is easy to read and full of information relevant for everyone, especially young people aged 21 and under. All high schools should have many copies and make it a mandatory reading. Thank you for the respectful and non-judgemental tone and the quotations filled with hope.” —Clodine Desrochers, award winning TV host, author, speaker and a mother of a teenager.

“We love the cover of the book as much as its content, easy to read. The 21 Unspoken Truths About Marijuana should be distributed in schools! It could be an excellent student / teacher working tool ... It would facilitate the debate around a theme of which we have decidedly not yet finished hearing about!” —Mitsou Magazine

“The author succeeds in providing factual, nonjudgmental information broken down into manageable concepts. Overall the author’s voice remains calm and informative, and the content doesn’t appear to be sensationalistic or based on “cherry picked” data. The book should serve as a useful resource for readers interested in the topic.” —BlueInk Review

Written in simple terms, this book aims to discuss crucial questions about cannabis, also known as marijuana. What is cannabis? what can it do to your brain and to your overall health? Can it really lead to psychosis, depression, or lung cancer? The goal is not to judge anyone but to create awareness so that whatever choice we make at least we know we’re making a well-informed and educated choice to protect our brain, our young people’s brain and to lovingly help free those who might already be oppressed by the burden of addiction.

Antoine Kanamugire, is a Canadian medical doctor, specializing in psychiatry. He pursued a bachelor’s degree in biology in Pittsburgh, USA, then went to Canada where he completed a medical degree at the University of Sherbrooke and then a specialty in psychiatry at the University of Montreal. He is a consultant psychiatrist in outpatient clinic, in the Emergency Department and for mental health first line teams in Montreal suburbs.